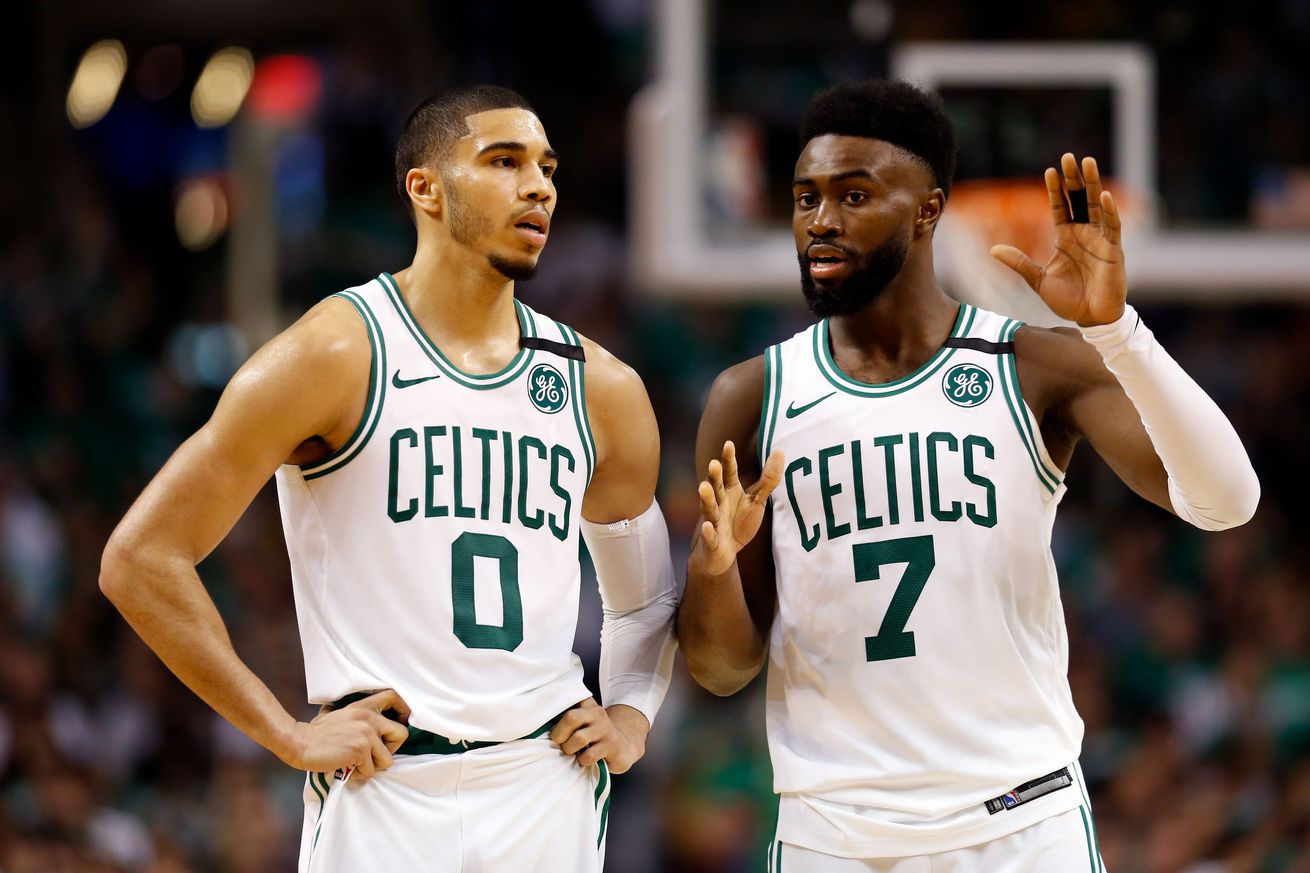 What if it was like Thanos’ snap and half the roster disappeared?

If you’ve read the series, you know all the above and probably skipped right here. So, it’s time for a really undesirable path: The Nuclear Summer option.

Let’s start by prefacing that this is probably the least likely path for the Celtics this summer. If this happens, it kind of means everything went to pot. But seeing as it could happen, we’ll cover it.

Here are the assumptions. It’s kind of like Thanos snapped and half the roster disappeared:

· Kyrie Irving opts out and never entertains re-signing in Boston

· Aron Baynes opts out and considers his options

· Brad Wanamaker doesn’t get a qualifying offer and is renounced

· Jonathan Gibson does not get a qualifying offer and is renounced (shocker!)

· Both P.J. Dozier and R.J. Hunter are renounced as Two-Way RFAs

· Without Irving and Horford, Danny Ainge decides trading for AD is no-go

Got all that? That leaves Boston with the following players:

· Semi Ojeleye (assumes his contract gets guaranteed, as it should)

With all cap holds accounted for, the Celtics would be at $85.8 million on the books and would be about $23.2 million under the salary cap. That’s shy of a max offer, but if Rozier and Theis leave too, that figure climbs to around $32 million in cap space. So, let’s look at the roster with and without Rozier and Theis:

With Rozier and Theis

Without Rozier and Theis

Either way, that’s…not ideal. The starting groups are fine. That’s enough to be a playoff team in the Eastern Conference. But in both scenarios the team is really lacking in depth. That’s where the cap space becomes important.

With Rozier back in the fold, the team needs wing depth and a true starting-caliber center, as Williams isn’t there yet. With $23 million to work with, there are a lot of good center options. Ideally, you want a defensive-minded guy, because you’ve got a lot of scorers already on that first group. And you’d like to hold back some of that money to sign at least a couple of players. That means you’re looking at guys like Robin Lopez, DeWayne Dedmon or maybe trying to convince Baynes to come back.

If the Celtics wanted to go big, they could offer all that money to a guy like Nikola Vucevic, but it might not be enough to pull him away from Orlando. There is also the chance that Boston gets outbid, as Vucevic would be the top center option on the market behind Horford in this scenario.

As for wing depth, you’re really getting low on the list. First, you need players willing to take minimal money, as Boston won’t have much to offer. Second, they need to understand they are clearly a backup for the Celtics. That leaves players like Wayne Ellington, Justin Holiday, Reggie Bullock, James Ennis or Darius Miller as the primary targets. Boston could also turn to old friend Avery Bradley, assuming he is waived by the Memphis Grizzlies.

If Rozier was to leave, the Celtics would need another point guard or two. Again, money is an issue. Maybe this is a situation where the Ricky Rubio interest makes sense. Boston could also talk to Rajon Rondo and Isaiah Thomas about returning back home. Whoever it is would be a stopgap option at best and not a long-term franchise guy.

Essentially, this option takes the Celtics back to where they were a few years ago, but with some of the draft picks from Brooklyn now realized and Hayward in the fold. It erases some of the progress made during the IT years and the last two seasons, but not all of it. Brown and Tatum have gained valuable experience. Smart has improved. Rozier, if he returns, showed flashes that he’s a low-end starting point guard. It’s all about adding around those guys with smart veteran pick-ups.

If this was to be the route for Boston, they’d drop to the back half of the playoff picture, but they’d still be in the mix. And they’d have the upside of Tatum, Brown and Williams. That feels like a step backwards, but sometimes you need to take a step back to take many steps forward.

Now that we’ve covered the unlikely scenario of the Celtics blowing it up, next we’ll cover just as an unlikely situation as Boston is “Dreaming Big” to round out the series.