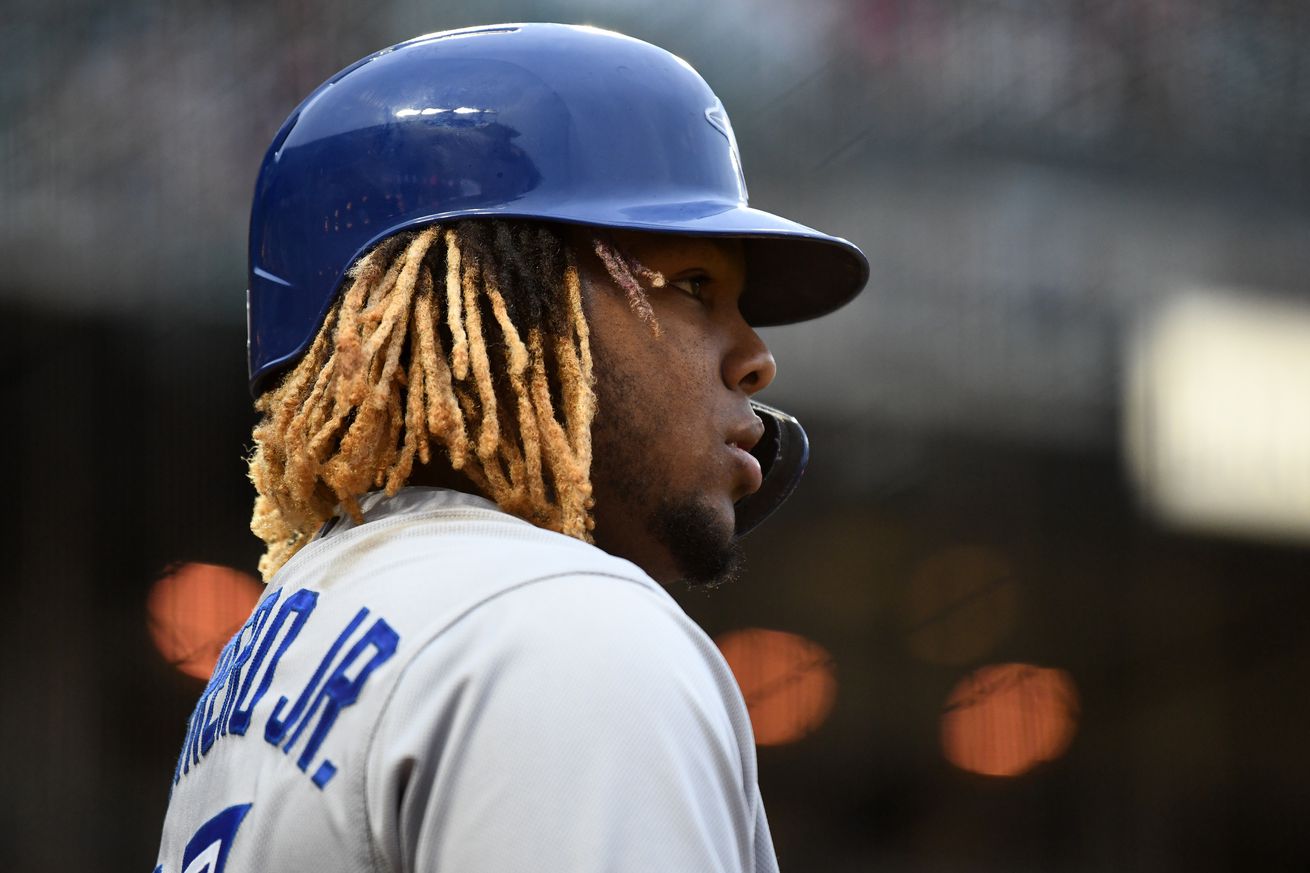 Probably more, honestly, as the Sox face a Blue Jays lineup starting Vladimir Guerrero Jr. against them for the first time.

Eduardo Rodriguez starts for the Sox against righty Marcus Stroman, who’s been quite good this year (2.95 ERA) and is very good on Twitter. Despite the lefty/righty matchup, the struggling Steve Pearce playing first and batting ninth, likely because there isn’t a tenth place to put him, with J.D. Martinez still on the shelf. SORRY WE LOVE YOU STEVE. Anyhow other than that, nothing else worth noting on the Sox side, but across the diamond…

… the Sox finally face super-rookie Guerrero, who was injured/in the minors to start the year and got a routine day off yesterday. This is the first of (long sigh) many, many, many times the Sox will face the third baseman, proving that the night is still dark and full of terrors, occasionally. On the other hand, they face Jonathan Davis, who’s leading off and playing center. I missed yesterday’s game, and I’ve never heard of him in my life, so perhaps things aren’t so bad after all.

E-Rod is coming off a six-inning, five-run performance against the Rockies that got away from him. Hopefully Canada treats him better. They’re like that, you know. Nice and stuff. It’s disgusting!