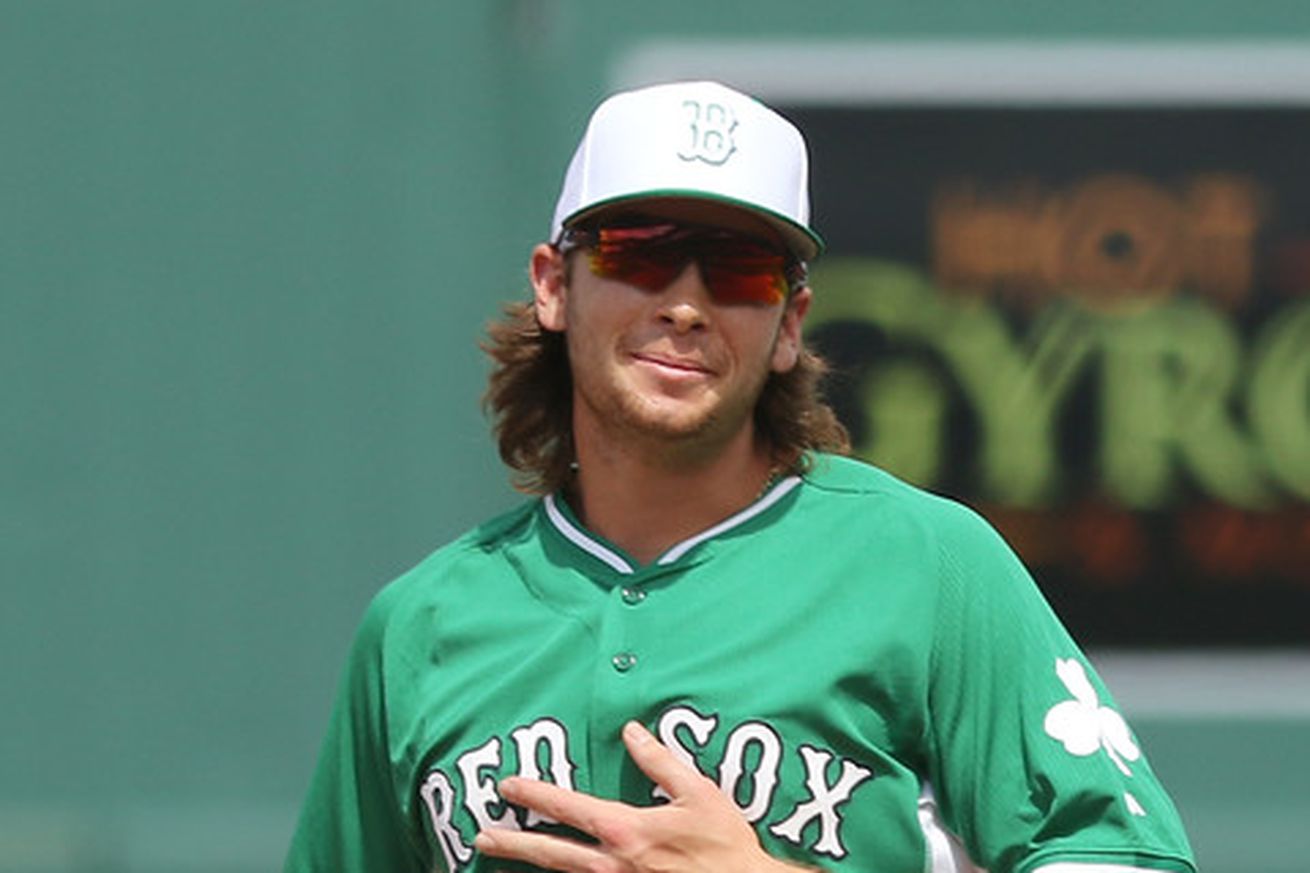 Starting to look back at Dave Dombrowski’s drafts

We are only a couple weeks away from the MLB Draft, which has sort of snuck up on me this year. The reasons for Red Sox fans not quite caring as much about the draft this year are pretty obvious. For one thing, they are firmly in the middle of their contention window and the concern with this organization is heavily tilted towards the present day than the future. More importantly, after exceeding the luxury tax threshold by more than $40 million last season, their first selection has been moved back ten spots. So, instead of selecting with the 33rd pick their first pick is not until number 43.

Despite the lack of excitement right now, we know the draft can be important even without a high pick. This is not the NBA draft where the best players are generally at the top. Baseball’s draft is so long and the development process takes so much time that there are always diamonds hidden in the rough. Just look at Mookie Betts, one of the two or three best players in the world, who wasn’t picked until the fifth round.

In preparation for this year’s draft, I’m going to change it up a little bit. Over the last couple of years I’ve looked back at the previous five drafts to set up the state of the farm system. We all know the state of the farm, though. It’s getting better, but it’s still decidedly not good. I thought this year it would be more useful to look back at the last three years of drafts, or the three years of drafts since Dave Dombrowski has led the front office. Granted, the scouting department runs draft rooms much more than the President of Baseball Operations, but Dombrowski obviously has some influence. So, over the next four days we’ll look at each of the four classes of players — high school bats, college bats, high school arms and college arms — from the three Dombrowski draft classes. We’ll start with high school bats.

Nick Quintana, IF, 11th round

This was not a very high school bat-heavy draft, but the context of the entire class is relevant here. This was, of course, the year that Jay Groome fell down to Boston with the 12th overall pick and they had to sort of change course to take the lefty with high upside. Part of the reason Groome fell so much was due to signability concerns, and the Red Sox knew they’d have to save money in the later rounds to sign their top pick. Since high school players have the potential leverage of college commitments, they generally require more money to sign. Thus, the Red Sox did not select a whole lot of high schoolers in this draft after Groome.

Marrero, in fact, was the only high school bat of note to sign from this class. Marrero himself wasn’t even really a highly sought after high school player behind the plate. In fact, he actually signed a below-slot deal in the eighth round. The catcher was ranked 445th on Baseball America’s top draft prospect list. Quintana was a much better prospect at the time as consensus top 120 prospect with Perfect Game ranking him 65th overall in the draft class. For the Red Sox, though, he was mostly insurance in case they couldn’t come to terms with Groome. Once that deal got done, they were never going to have money for Quintana, who passed on signing and is currently with the University of Arizona.

They went a little heavier into the high school bat class in 2017, though it still wasn’t a huge class. Somewhat interestingly, the three most notable names were all outfielders. Brannen doesn’t really fit with the profile of these other guys, but he was an exciting name in the second round at the time. Coming in just outside the top 50 on most pre-draft lists, he was an athletic outfielder with potential for a solid hit tool to go with good defense and the ability to make an impact on the bases. He was always going to be a bit of a project, but after signing the above-slot deal Brannen has looked totally overmatched as a professional. He’s currently playing poorly enough that a demotion down to Lowell when that season opens up could be possible for a second straight year.

Esplin and Dearden may be outfielders like Brannen, but they don’t really fit the same mold. While Brannen was an all-around center fielder whose speed and defense were a big part of his profile, the two Tylers were corner outfielders whose bat carried their values. Both guys did sign for above-slot deals, but neither was a major signing that blew past the slot value of their respective draft positions. Dearden has had a better career to this point, though he’s hurt right now. Both Tylers are projects and it’s too early to judge their progress to this point.

While the high school bats were more complementary pieces in Dombrowski’s first two drafts, they took center stage in last year’s. Both of their picks on the first day were high school hitters and they fit similar profiles. Casas was seen as a little more polished than Decker, but both players’ profile revolved around their bat, and specifically their power. There were/are hit tool questions with both, but the ceiling was high for both. Northcut fit a similar profile, and Howlett did as well. The latter looked like the steal of the class last year but has gotten off to a bit of a slow start in 2019. Obviously, it’s too early to judge the high schoolers from this class overall, however, less than a year removed from the draft.

Overall, I’m not sure there’s a ton to take away here, as the number of high school bats taken largely depends on the context of the rest of the draft. If you are looking for a takeaway, though, it’s that most of these players, particularly in the last two years, don’t fit that athletic, up-the-middle profile. Brannen is the only guy who isn’t a corner player and didn’t power as a major part of his profile before being drafted. He’s also seen his stock fall the most since his selection.

Over The Monster https://www.overthemonster.com/2019/5/21/18633808/reviewing-recent-drafts-high-school-bats-triston-casas-brandon-howlett-cole-brannen-nick-decker
Categories: Sports