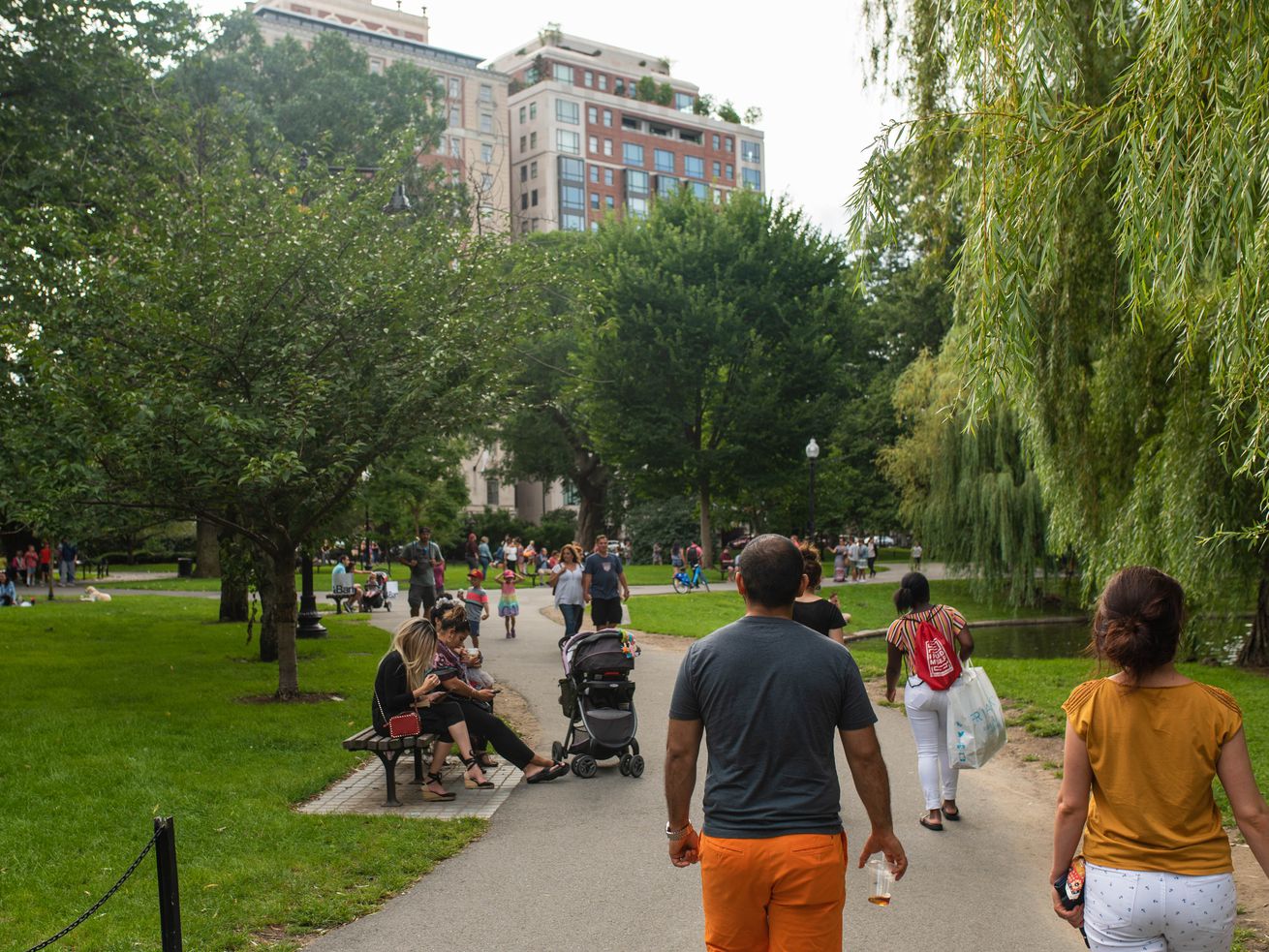 Trust for Public Land scores city highly on total acreage and accessibility, but low on funding and park size

Every Bostonian lives within a 10-minute walk—or roughly a half-mile—of a public park, according to the 2019 ParkScore index from the Trust for Public Land.

The national nonprofit tracks park quality, investment, acreage, amenities and accessibility in the annual survey (it released the most recent one May 22). Boston is only the second major U.S. city to achieve that accessibility milestone. San Francisco was the first.

Overall, Boston placed 13th among the nation’s 100 largest cities in terms of park quality, investment, acreage, accessibility, and amenities, including athletic features and restrooms. The city’s ParkScore was an aggregate 71.4 out of 100, and placed Boston in between Madison, Wisconsin, and St. Louis. The 13th-place finish, too, was the same as in 2018.

As far as acreage, Boston’s 17 percent of area covered by parkland was well above the national ParkScore average of 9.4 percent, and the city scored particularly well in terms of wading pools and spray access, with 10.5 in-park water features per 100,000 residents, almost 10 times the national average of 1.2.

The city lost points due to its relatively paltry median park size—1.4 acres. The national ParkScore median is 5 acres. Boston’s per-resident investment in parks was also low—$131—compared with more than $200 per resident that the top 10 ParkScoring cities typically spent.

Nevertheless, the Trust for Public Land gave props to Mayor Marty Walsh and the city for its recent “major funding commitments to parks” and also for the city’s plan to use park development to battle the effects of climate change.

“Under Mayor Walsh’s leadership, Boston has achieved universal 10-minute walk access, made parks a pillar of the city’s climate strategy, and prioritized park equity,” Kelly Boling, Parks for People Program director for he Trust for Public Land, said in a statement.