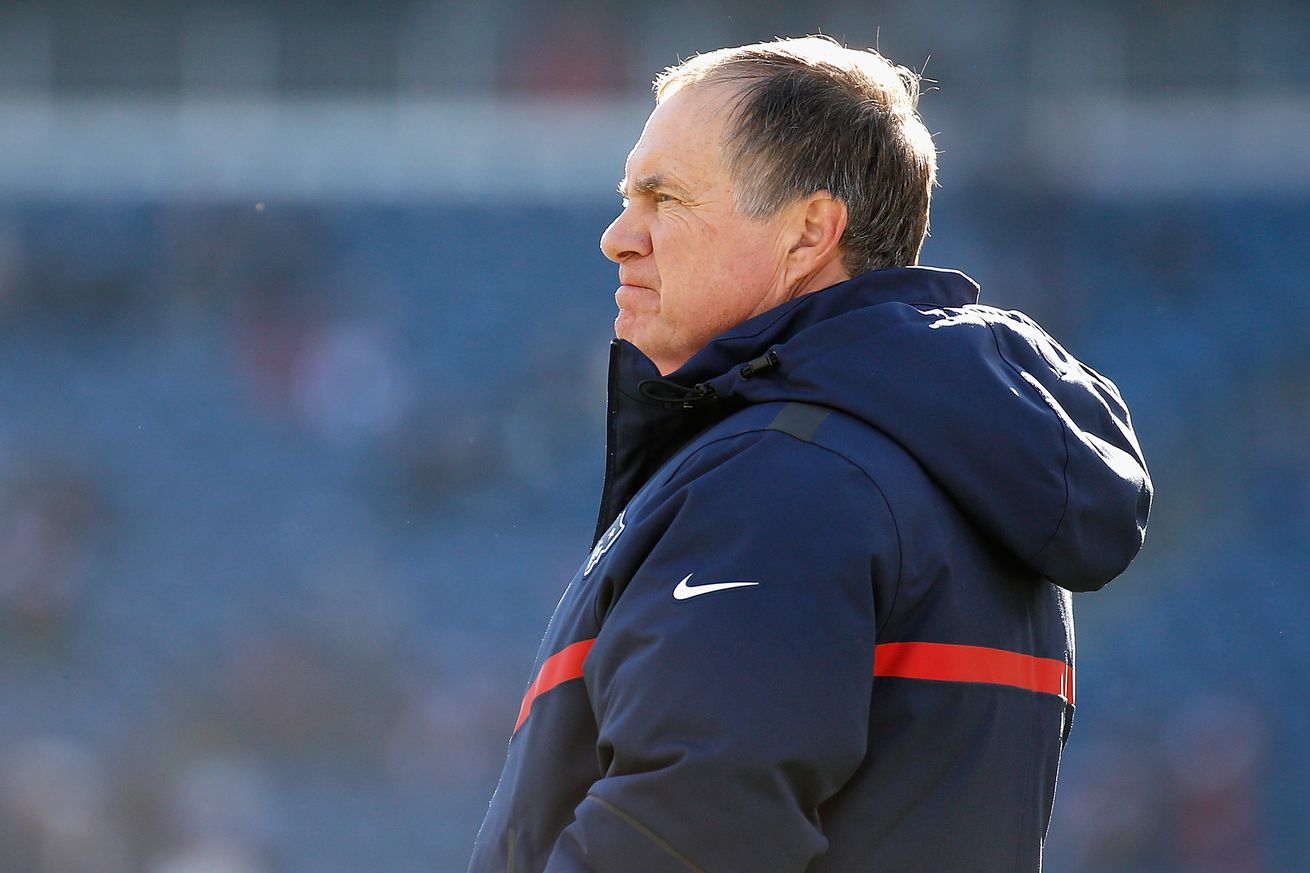 Despite some misgivings about the defensive approach in the Big 12, the future of defensive football might be found there.

Let’s start with a proposition.

In today’s National Football League, passing is king. Whether due to the various rules changes around the league in the name of player safety, or the schematic advances trickling up from the college ranks, throwing the ball is becoming critical to a team’s success or failure.

Thanks to the number of smart people thinking about and covering the game, evidence is mounting to back up this proposition. Take, for example, the lens of Expected Points Added, or EPA. Various studies from a number of different authors support the position that on a play-by-play basis, throwing the football gets a team closer to the goal of winning games than running the football does. Just recently Chase Stuart over at FootballOutsiders.com completed a quick study examining how often a passing game flips the outcome of a contest versus how often a running game flips the outcome of a contest. The summation of that study? “This would imply that pass offense is about three times as important as rushing offense.” This is a study in line with this analysis from Ben Baldwin of The Athletic Seattle, which found that teams with the better passing EPA in a game won 83% of the time, as contrasted with teams with the higher rushing EPA in a game winning just 60% of the time.

Now, Stuart does not indicate that this proposition is proven, but the point remains that evidence is leading us to the conclusion that the passing game is more important than the running game, and whether it is twice as important or three times as important – or even more – remains to be ultimately determined.

So it follows that on the defensive side of the football, containing the pass is perhaps more important than stopping the run. But that flies in the face of what has become almost canonical in the game. Think to every introductory press conference of a new defensive coordinator, or defensive-minded head coach. How quickly do you get to the phrases: “…and on defense we are going to be physical, and we are going to stop the run?” Probably before most people have settled into their seats.

But is there a way in the modern game to do both? To guard against the pass while still maintaining solid run fits and gap responsibilities up front to stop the run? Perhaps, and that brings us to Ames, Iowa.

In the past few draft cycles we saw quarterbacks from the University of Oklahoma selected first overall. During the runup to those selections, many wondered if it made sense to draft a quarterback from the Big 12 because, after all, “they don’t play defense in that conference.” However, what if the answer to defending the modern NFL offense would come from the teams that are forced to try and stop those modern offenses week in and week out?

The Iowa State Cyclones under defensive coordinator Jon Heacock have installed a defensive system that is becoming known as an “Air Raid Killer.” This system, a modified dime package, has been referred to as a 3-3-3 by Heacock:

As you can see, the defensive front has three down lineman and on this example they use a 5-0-4i front. This defense usually puts the front in a 5-0-5 alignment although sometimes the ends can align inside shade on the tackles, using a 4i-0-4i alignment. Behind that are three linebackers, and then three safeties. The two outside cornerbacks are on an island on the outside receivers. Because of the alignment we see here, the linebackers on the outside widen to help against the wide slot formations. The beauty of this design is that the middle safety, called the “joker safety” by coach Cody Alexander, can be brought into the box and gives Iowa State the flexibility to run a 3-4 without making a substitution.

By now you’re probably wondering: When do we get to the Patriots?

Last year New England played over 1,000 defensive snaps. Or 1,043 to be precise. From charting data on 159 of those plays they employed a sub defensive package with three down linemen arranged in some combination of the 5-0-5 or 4i-0-4i alignments. It is not a huge percentage of their plays (15% to be exact) but the situations indicate that this was more than just a prevent defense for the Patriots, which we will see as we dive more into how New England used these packages in 2018.

The first concern one might have with running this sub package as a base defense is, of course, stopping the run. Now, this might be overblown when we again look at the numbers. Take, for example, this study by Josh Hermsmeyer from 538.com. It measures the “success rate” for running and passing plays against men in the box on non red zone plays from the 2017 season. As you can see, once you get over four men in the box, it is more successful to throw the football:

Even still, this defense gives you the ability to play gap sound defense against the run, even with a lighter box. As outlined by Alexander in his piece on the Iowa State defense:

The box literally has nine players involved in the fit. By using a safety from depth (JS), the defense is ensuring it has an extra fitter in the box and most likely unblocked. What the Cyclones have done is squeeze everything into one gap in the middle of the formation. If anything bounces, it is cleaned up by a trapping CB to the boundary or the Sam LB patrolling the edge of the box to the field. Against the run, the trapping CB from the field can even make his way into the fit depending on how the offense uses the two WRs.

The defenders, provided they do their job, can attack their assigned gaps and keep the defense in position to stop the run. On this example the Oklahoma Sooners run inside against what looks to be a light box, but the Cyclones are able to stop this run because of their gap discipline. Linebacker Mike Rose (#23) reads the power action up front and fills his hole, and the help arrives. So even with just four defenders in the box, they can stop the run.

This is a 2nd and goal play from New England’s Week 6 victory over the Kansas City Chiefs. The Patriots employ a 3-3-5 package on this play, even in the red zone, and they use a 4i-0-4i defensive front. You can see how the players up front attack their gaps and force Kareem Hunt (#27) to cut in the backfield, where he runs into Kyle Van Noy (#53) and Elandon Roberts (#52). Van Noy keeps his outside leverage which forces Hunt back into the hole, and Roberts fills the hole for the stop.

Or take this play from earlier in the same contest:

This is a 3rd and 1 play from New England’s Week 6 victory over the Kansas City Chiefs. They utilize a 3-2-6 defensive package, using safety Patrick Chung (#23) as a joker-type player, dropping him down into a linebacker’s alignment. Up front they use a 4i-0-3 defensive formation, and they bring Kyle Van Noy (#53) down over the tight end. Once more, provided the players up front are disciplined, they can stop the run. Here, Van Noy strings out the toss play to Tyreek Hill (#10) and then gets help from the boundary player, and the run is stopped for no gain.

Of course, the premise of the introduction to this piece is that in today’s NFL, you need to stop the pass, and utilizing a 3-3 dime package as your base defense gives you the ability to do that while still having the capability to stop the run. So let’s move to the pass defense portion of the proceedings.

Some have theorized that the NFL would be hesitant to move to such a scheme on the defensive side of the football because it might be difficult to generate consistent pass rush. After all, with just a three man front unless you are running out two tremendous defensive ends, you probably aren’t getting consistent pressure up front. But this is where Belichick’s approach to roster building comes into play. Over the past few years he has shown a reluctance to overpay for pass rushers, given how the free agency market often plays out at the position. Just this past offseason Trey Flowers commanded a five-year, $90 million dollar contract with $56 million guaranteed from the Detroit Lions. Rather than trying to outbid Detroit for his services, they moved on, acquiring Michael Bennett and drafting Chase Winovich in the first round. So if anyone would be looking to try such an approach, it would seem that Belichick would be the person to keep in mind.

But beyond the roster construction angle is how the scheme plays out on the field. It is easy to get caught up in the pure numbers and wonder if pressure can be generated with just the three down lineman and a sub package on the field, but that might be too simplistic an approach. It is more than the numbers, it is where the players on the field attack from. Teams can still get pressure if they confuse the offense and attack from various spots on the field.

In Week 5 the Patriots used sub packages with three-man fronts early and often. On this 2nd and 6 play in the first quarter New England went with their 3-2-6 package and walked Van Noy and Dont’a Hightower (#54) down into blitzing alignments before the play. However, both linebacker would drop and instead, Chung and slot cornerback Jonathan Jones (#31) would blitz from the outside. Flowers (#98) would also loop to the inside:

The resulting chaos led to a sack for New England:

On this play against the Pittsburgh Steelers in Week 15, again the Patriots put five defenders on a line using a 3-2-6 sub package. This time they blitz Van Noy and Hightower, and while they do not get to Ben Roethlisberger (#7), they influence the throw with pressure and the pass is intercepted by Duron Harmon (#21):

It helps that the Patriots have Chung, who like the joker safety as described by Alexander gives New England a player with the flexibility to operate as either a safety or an in-box defender, often from a linebacker’s alignment.

Of course, the true benefit of these sub packages with extra defensive backs is that it gives the defense flexibility and options in the secondary. On this Week 6 interception of Patrick Mahomes (#15), the sub package (again with a three man front) enabled New England to bracket Travis Kelce (#87). Mahomes still forced a throw in his direction in a scramble drill situation, and it was intercepted:

Looking at the last two years of acquisitions in concert with the schematics on the field, you can see how one could believe the Patriots would be trending to using a sub package with a three man front as their base. Last year New England acquired defensive backs Jason McCourty, Duke Dawson and J.C. Jackson. This year they added Joejuan Williams in the second round and even drafted Ken Webster on Day Three.

Recently the trend was to make 4-2-5 the base defense in the NFL, given how often teams utilized 11 offensive personnel on offense. But these recent acquisitions, plus the history of how Belichick used sub packages with three man fronts, has me believing that we will see more of these 3-3-5 and 3-2-6 looks in the year ahead as New England’s base defense. Teams using this approach can still be gap sound up front to stop the run, but if stopping the pass is what teams need to do – and the numbers bear that out – this approach might make the most sense for a defense going forward. Despite some misgivings about the defensive approach in the Big 12, the future of defensive football might be found there as well.