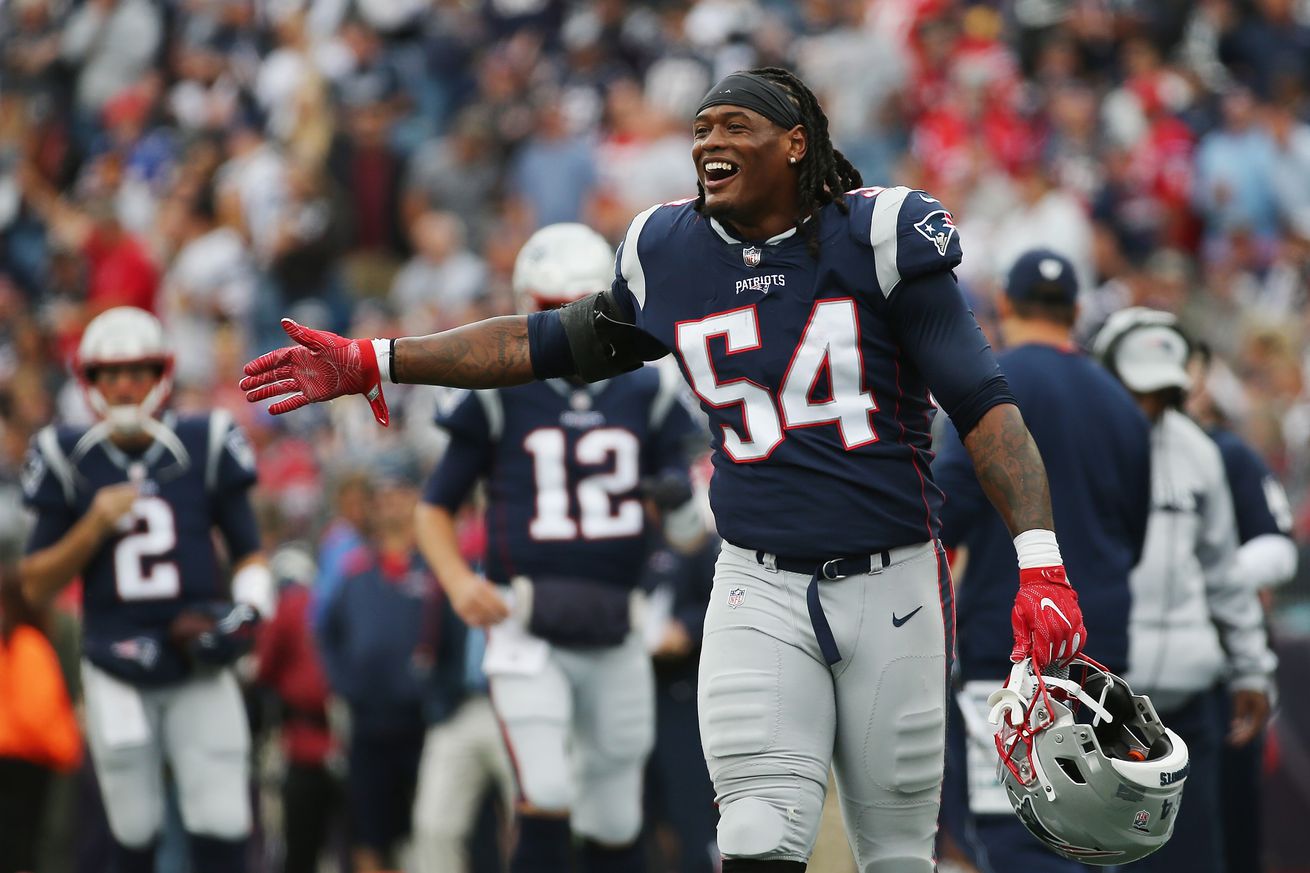 A glance at the arrivals, draft rounds and initial teams behind New England’s roster.

The New England Patriots have constructed a roster of 90-plus.

There will be further renovations. The return of defensive tackle Danny Shelton on Monday followed by the retirement of offensive tackle Jared Veldheer on Tuesday are among the latest.

But as things stand, how’d each player get their keycards to Gillette Stadium? How many entered the league as first-round draft selections or rookie free agents? And with whom, exactly?

Let’s break New England’s current locker room down to its basic ingredients. From the arrivals to the rounds to the teams.

A total of 60 players currently in New England’s fold signed their first NFL contracts with the organization. They’re what head coach Bill Belichick has previously described as “homegrown.”

Of those 60, a total of 39 were drafted by the organization. The other 21 latched on as initial members of the annual spring and summer undrafted class. Or, in the case of the aforementioned Johnson, a Tennessee product assigned as part of the International Player Pathway Program, he projects as an 11th member of the practice squad for 2019.

This combined pool of homegrown players also takes into account the likes of Michigan State quarterback Brian Hoyer, Ole Miss running back Brandon Bolden, Georgia tight end Ben Watson, Southern Miss linebacker Jamie Collins and Oregon safety Patrick Chung, who all found their way back to the Patriots after stops around the league.

They represent 66 percent of the puzzle.

ROSTER BY DRAFT ROUND

Be it in Foxborough or not, the Patriots’ roster is made up of 36 players who set out in the league as undrafted. They range from special-teamer Brandon King to cornerbacks Jonathan Jones and J.C. Jackson. Throw former Oklahoma City Yard Dawg James Develin and captain David Andrews in there, too. Even defensive end Michael Bennett and two-time Ray Guy Award punter Ryan Allen.

In contrast, there’s 10 first-round picks from the past and present on the New England books.

The list runs from one side of the spectrum to the other.

If 60 members of the Patriots began their NFL stays as Patriots, counting Johnson, where’d the rest originate from? We’ll pull those leaguewide roots out of the ground now.

The non-Patriots leader in the clubhouse is the familiar Texans. Houston is where tight end Stephen Anderson, center James Ferentz and defensive tackles Ufomba Kamalu and Nick Thurman kicked things off.

On deck behind Houston is the Giants, with tight end Matt LaCosse, offensive tackle Cedrick Lang and linebacker Calvin Munson all checking in there.

Seven other teams are responsible for signing a pair of Patriots as incoming rookies, respectively, while eight teams signed one.

Those numbers will continue fluctuate. Perhaps they are arbitrary. But for now, they are a partial deconstruction of what New England has constructed.