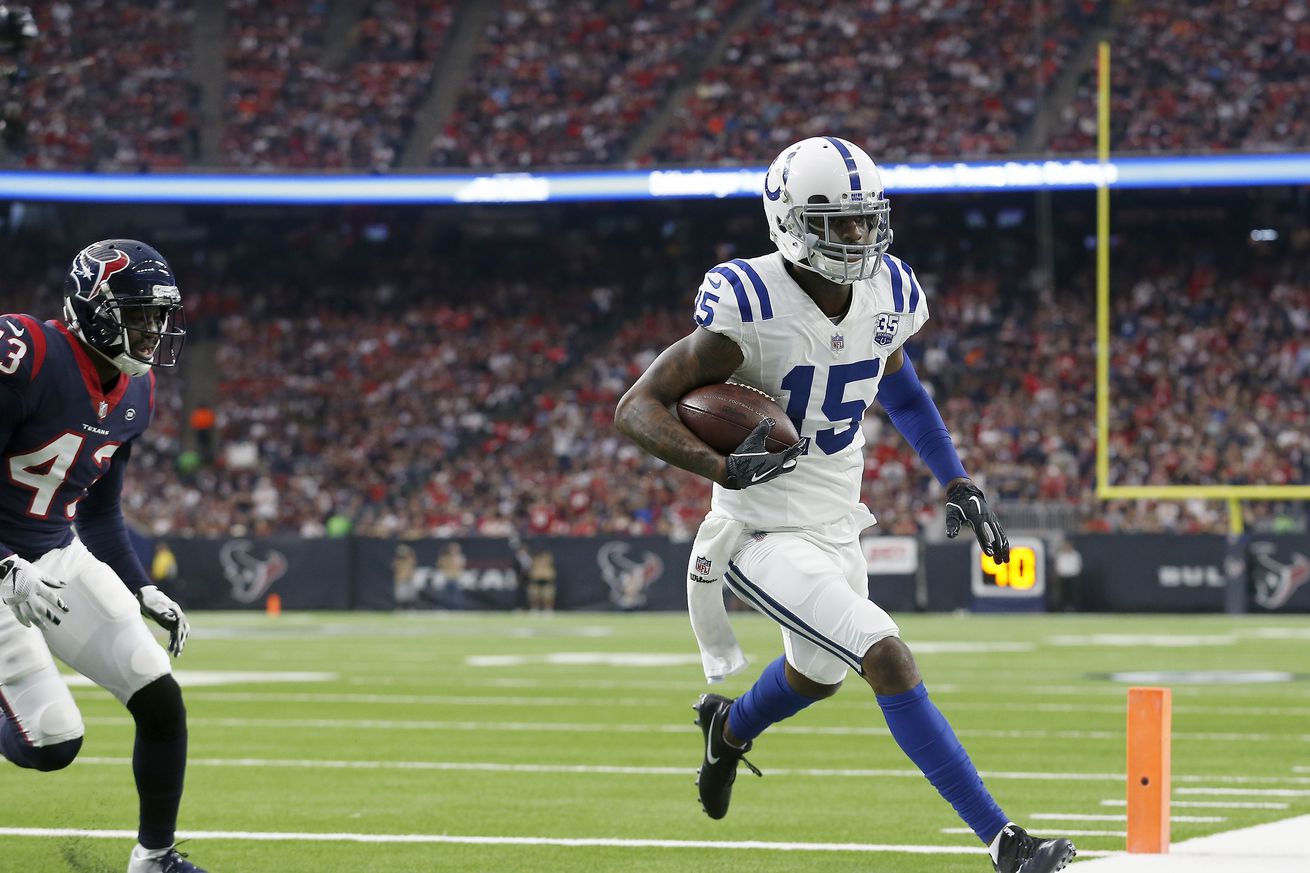 A quick dive into the ins and outs of the deal signed by the Patriots’ newest WR acquisition.

On Wednesday morning, insight was provided by ESPN’s Mike Reiss regarding the structure of Dontrelle Inman’s one-year deal with the Patriots. Here’s hows the contract breaks down:

Assuming that the entirety of Inman’s $1 million incentive total is classified as not likely to be earned, his 2019 cap hit will be $1,368,750, — ranking 37th on the team and sixth in the wide receiver room behind Julian Edelman, Demaryius Thomas, Matthew Slater, Phillip Dorsett, and N’Keal Harry.

The possibility of earning up to $2.5 million in 2019 is a nice opportunity for a player who scratched out a five-year NFL career after going undrafted out of Virginia in 2011, spending two seasons in the Canadian Football League, and earning just over $5 million with three NFL clubs since 2014.

After being signed by the Indianapolis Colts halfway through October of last season, Inman emerged as the number-two option down the stretch for Andrew Luck, tallying at least four receptions in five of the final eight regular season games in which he was active, and catching all eight of his targets for 108 yards and a score in the team’s two playoff contests.

He isn’t a burner, but his solid routes, body control, and sticky hands popped on tape in 2018, which created some competition for his services on the post-compensatory pick free agent market this month — as demonstrated by the $400,000 in guarantees he received in Foxborough.

With Demaryius Thomas’s health status in question for the start of the regular season and rookie N’Keal Harry getting accustomed to life in the NFL, Inman has a serious opportunity to make some headway on New England’s wide receiver depth chart this summer.