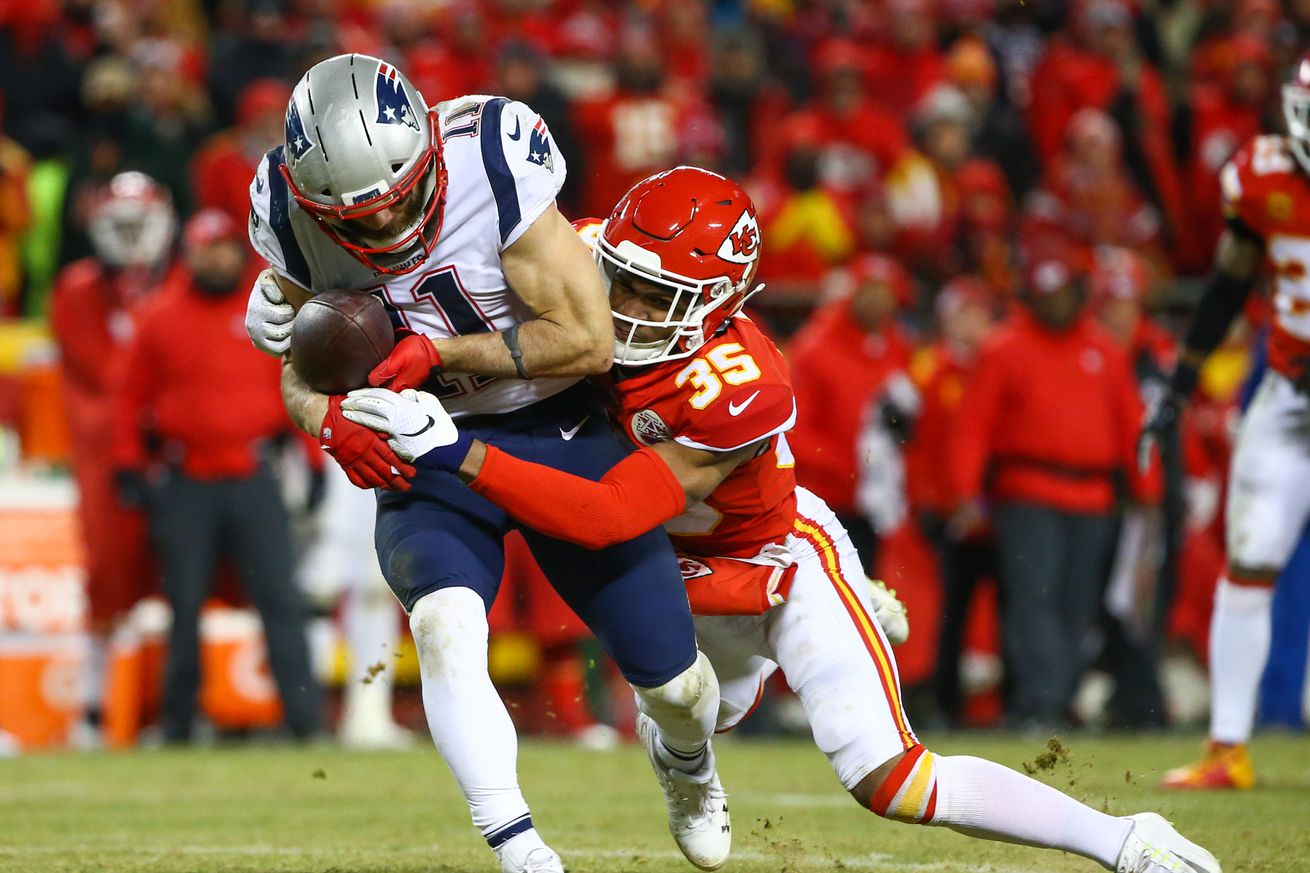 Kansas City’s proposal did not get sufficient support.

After losing to the New England Patriots in the 2018 AFC Championship Game, the Kansas City Chiefs proposed a rule change that might have altered the outcome of the contest had it been in place: Kansas City wanted to see the rules governing overtime changed so that both teams’ offenses would have a chance to touch the football. The AFC title game, of course, ended with the Patriots scoring a game-winning touchdown on the first possession of the fifth quarter.

The Chiefs, who lost the first ever conference title game played at Arrowhead Stadium with a final score of 37-31, proposed the following rule change shortly after their playoff exit:

By Kansas City; to amend Rule 16 to (1) allow both teams the opportunity to possess the ball at least one time in overtime, even if the first team to possess the ball in overtime scores a touchdown; (2) eliminate overtime for preseason; and (3) eliminate overtime coin toss so that winner of initial coin toss to begin game may choose whether to kick or receive, or which goal to defend.

The first part of the Chiefs’ proposal is the most important as it asks for both teams to be given an opportunity to possess the football at least once in extra time — something that is not a given under the current rules: if a team wins the overtime coin toss and drives the length of the field for a touchdown, it wins the game without the other club getting a chance to answer. This is exactly what happened in the AFC title game.

Kansas City lost the coin toss and had to watch the Patriots drive 75 yards in 13 plays — three of which conversions on 3rd and 10 — to score a walk-off touchdown and punch their ticket to the Super Bowl. Something similar also happened on the same day in the NFC Championship, although the outcome was a different one: the Los Angeles Rams defense forced a turnover four plays into extra time to set up a game-winning field goal.

The Chiefs’ proposal was originally up for vote in March, but didn’t get the necessary support. Instead, it was tabled to the NFL spring meetings that are currently taking place in Florida. It therefore was up for debate again today, but once more wasn’t even able to get to a vote: the proposal still does not have enough support around league circles, according to NFL Network’s Ian Rapoport. Consequently, it will be tabled again — to next year.

While an overtime rule change is still possible further down the line, the Chiefs’ plan of having one implemented shortly after their postseason loss at the hands of the Patriots did not come to fruition. You can’t win them all.