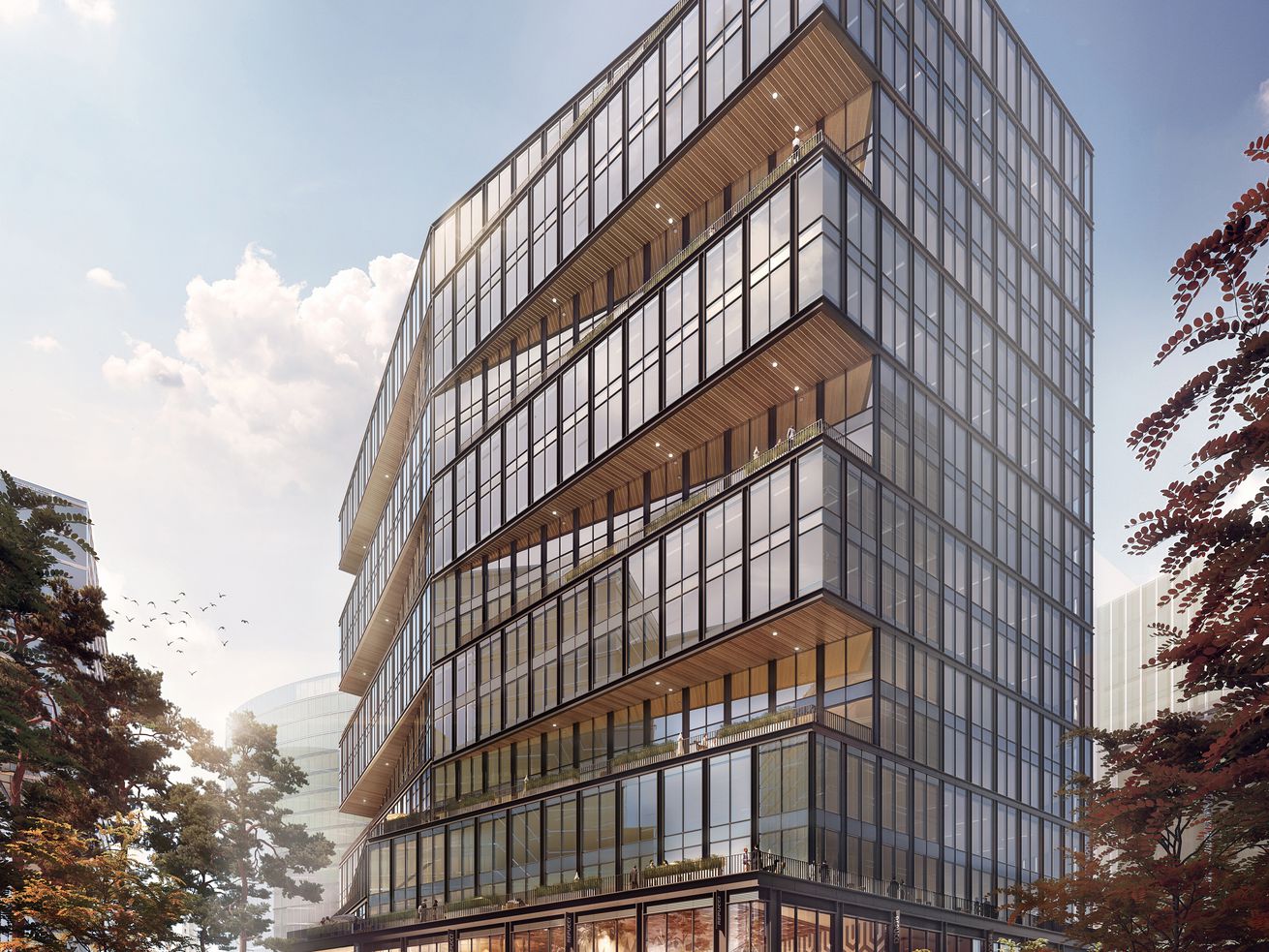 WS Development is planning on Tuesday, May 28, to officially break ground on a 17-story, 525,000-square-foot office tower at 111 Harbor Way in the Seaport District, most of which Amazon is expected to occupy. Governor Charlie Baker and Mayor Marty Walsh are expected to be the guests of honor.

The e-commerce colossus is expected to take 430,000 square feet for as many as 2,000 employees in fields such as speech science, cloud computing, and robotics engineering. The announcement of that lease came in May 2018, well ahead of Amazon’s announcement that it had not selected Boston or the Boston area for its second headquarters.

Designed by architecture firm Gensler, the building is intended to emphasize “human-focused elements, including outdoor terraces on alternating floors and the Paseo, a street-level interior public promenade lined with shops, cafes, and a welcoming central amphitheater,” according to a release from WS Development.

The project also includes what’s being called Harbor Square Park, a one-acre privately owned public space—which in turn is supposed to be along the future Harbor Way, which is slated to connect Summer Street with the waterfront.

The project, too, is just the latest in a string of developments and changes in the Seaport District. Stay tuned.