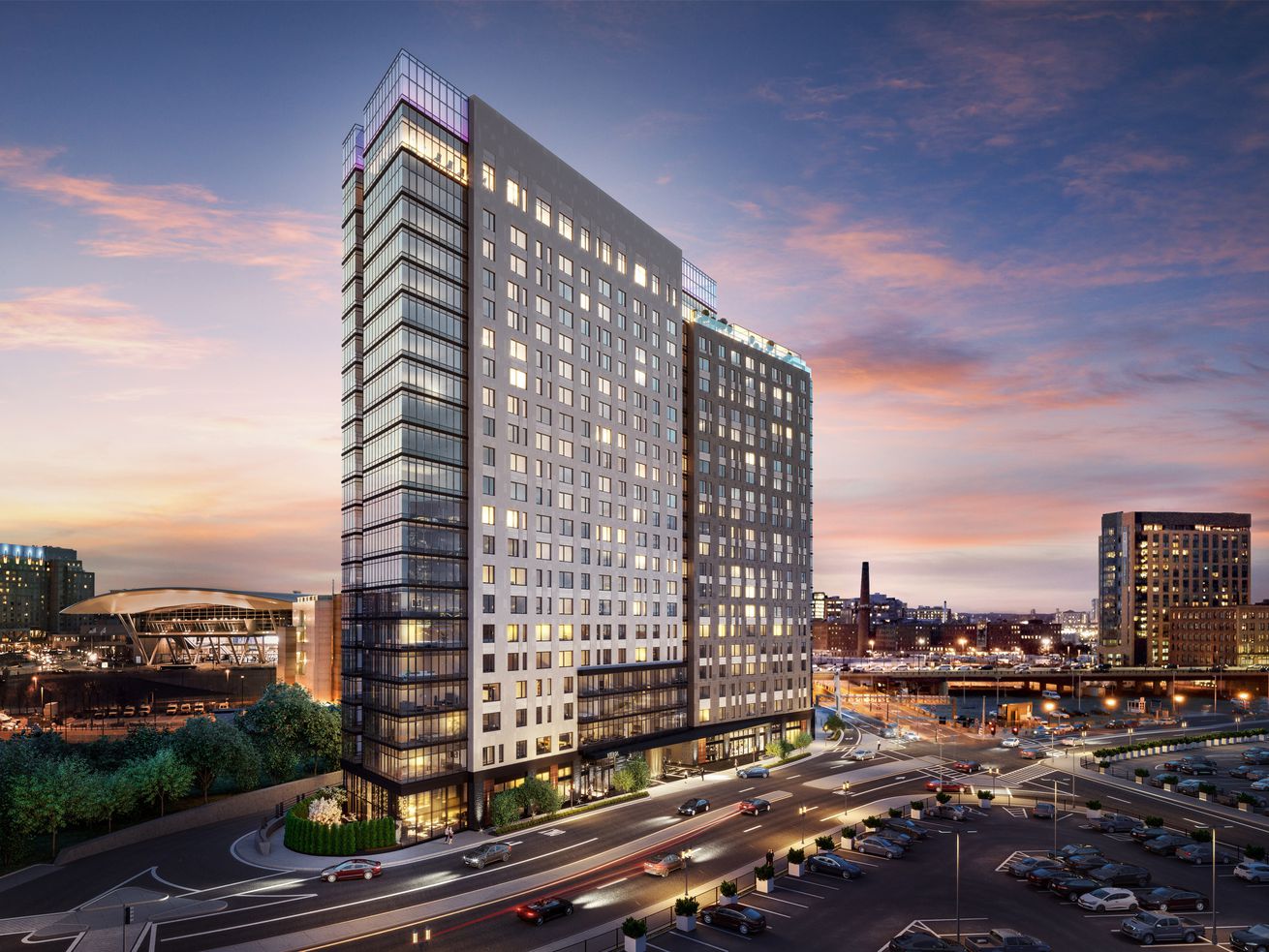 NEMA Boston at 399 Congress Street in the Seaport District has started pre-leasing the 21-story building’s 414 apartments.

The project filled one of Boston’s narrower development sites—so narrow it was dubbed the “sausage parcel”—and one that had drawn interest as far back as the middle of the last decade. A previous developer wanted to build a hotel there, but financing issues—and that unusual shape—got in the way. Another apartment project also came to naught.

Like another new Boston luxury apartment tower that just started its leasing process—50 Causeway Street near TD Garden—Crescent’s NEMA Boston is a kind of all-in-one affair. Tenants not only rent the ultra-modern spaces but are then also plugged into a suite of amenities that includes a fitness center and a rooftop lounge with grills.

The building, too, will host “a thoughtfully curated calendar of events that range from ski trips and speed networking to philanthropic endeavors, fostering a stronger community inside and out,” according to a release from Crescent.