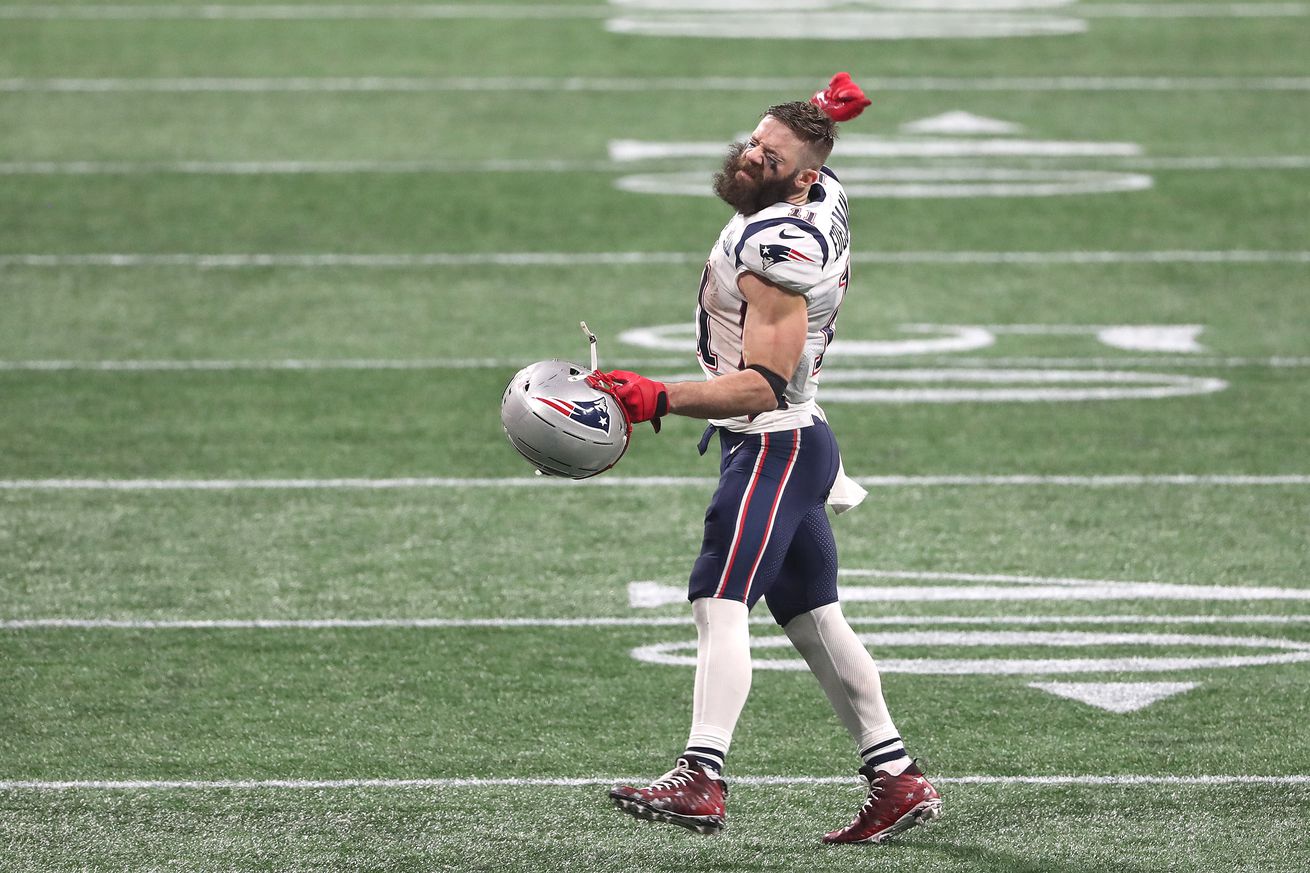 Breaking down the 2019 salary cap impact of the Julian Edelman extension.

On Tuesday, news broke that Julian Edelman would be signing a two-year contract extension to keep him in New England for what is essentially the remainder of his career. On Thursday morning, The MMQB’s Albert Breer provided the final pieces of the puzzle with regard to the contract’s details, allowing for a clear picture of how the deal impacts New England’s salary cap in 2019 and beyond.

One thing to note — according to ESPN’s Field Yates, the deal’s per-game roster bonus totals in 2020 and 2021 are $900,000, not $675,000. So it’s likely that Breer simply used Edelman’s 12-game likely to be earned figure from this season and transposed it onto the bonus figures for 2020 and 2021, which isn’t how they are officially listed. The cap hits for per-game bonuses are calculated each season based on active games from the season prior.

The contract’s cap hits over the next three seasons:

Once Mike Reiss reported on Tuesday that the deal contained an $8 million signing bonus, it became apparent that this extension was never about creating cap space. In fact, the most 2019 cap space it possibly could’ve created was $208,334, had they chosen to drop his salary down to the $930,000 minimum and eliminate all of his incentives, his workout bonus, and his per-game roster bonuses.

Instead, by keeping the ten-year veteran’s 2019 bonuses, restructuring his $1 million in incentives, and reducing his salary to an even $1 million, the extension cost the Patriots $666,666 in 2019 cap space. Here’s how Edelman’s 2019 cap charge breaks down:

As for the structure of the contract’s incentives, Breer also provided those details.

Considering everything he’s provided the Patriots organization since arriving in 2009, it’s nice to see the three-time Super Bowl champion and Super Bowl 53 MVP receive a sizable amount of cash this year. The $8 million signing bonus is part of $12 million fully guaranteed at signing — the other $4 million coming in the form of his 2019 salary and $3 million of his 2020 salary.

But don’t let those figures sway you into believing that Tom Brady’s favorite target “finally got paid”. It’s practically the same deal he signed back in 2017, but with a few tweaks to account for his age, like the increase of his per-game roster bonuses from $500,000 to 900,000 per year, and the $7 million in total incentives available over the next three seasons. Both are substantial risk moderators for the team.

Whenever the term “team-friendly” is used to characterize a Patriots signing, some feel the urge to jump to the defense of the team, fearing they are being labeled as “cheap”. This is, of course, ridiculous for a litany of reasons too extensive to list here. But when it comes to the business relationship between Julian Edelman and the Patriots, there’s simply no way around it; for reasons that are his own, he has consistently taken below-market deals, and the Patriots organization has benefited tremendously from it.

While one could argue that, given his age and the mileage that already exists on his body, the security provided by this extension makes it more player-friendly than any of his past contracts, what can’t be argued is just how exceedingly team-friendly the deal still is. And that’s okay. For a player whose career started — and will eventually end — in Foxborough, it’s never been about anything else.