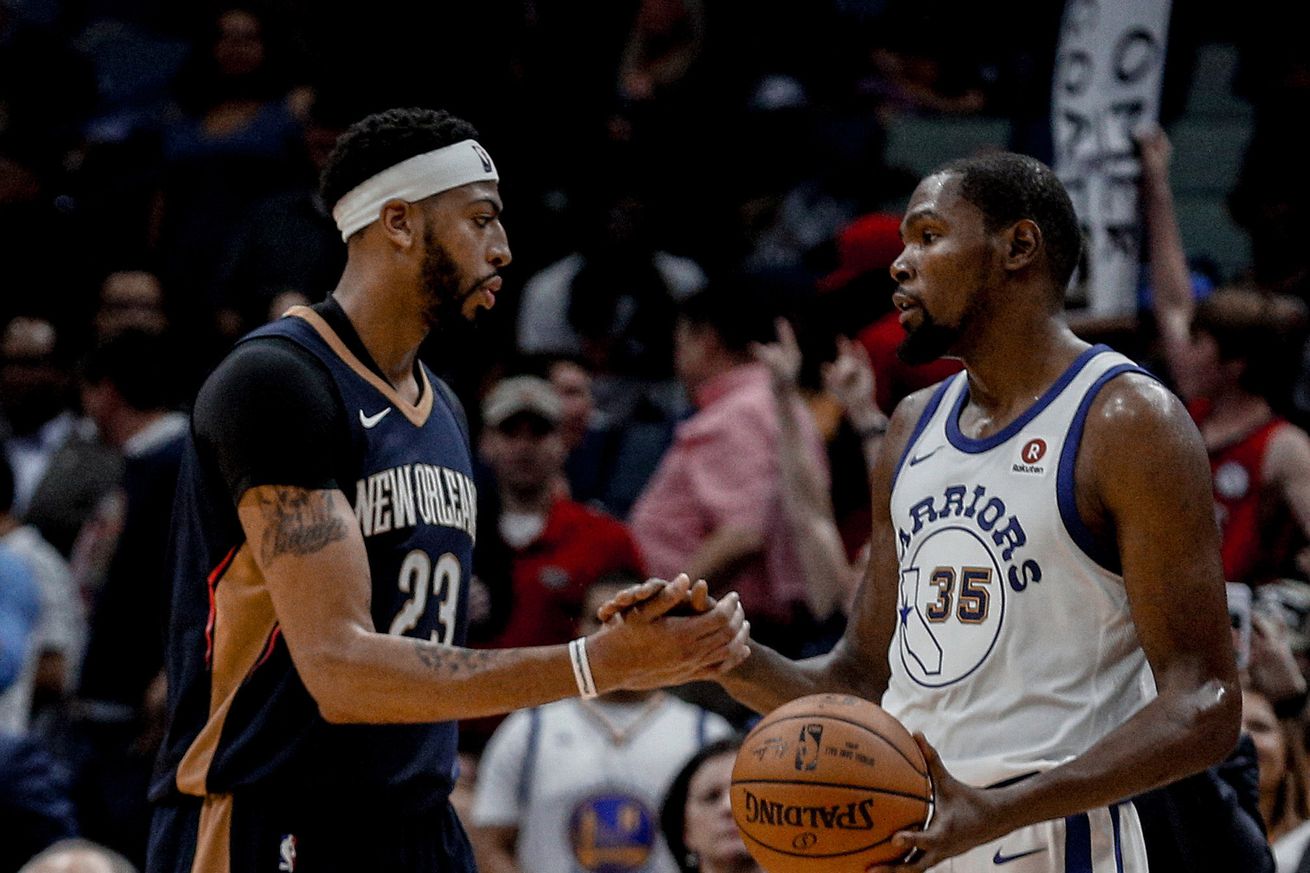 Could Danny Ainge pull off another series of trades to bring Boston another Big Three?

If you’ve made it this far, thanks for reading! One more to go. This one has about much chance of happening as your intrepid author does of suiting up for the Celtics next year. But the summer is a time for daydreaming. It’s a time for possibilities to be entertained, no matter the likelihood. It’s time for: The Dreaming Big option.

This one involves some crazy assumptions and you have to suspend some disbelief. Think of it like watching Game of Thrones and buying in that a dude can run like 50 miles in the span of one night to save all friends. It’s not likely, but everything is more enjoyable if you just go with it. One note though: Everything presented here does work under the CBA/salary cap/trade rules!

On to those crazy assumptions:

· Kyrie Irving stays in Boston under the premise Danny Ainge is getting him some stars to play with. Irving signs a full max deal.

· Ainge trades for Anthony Davis, using the “pile all the kids together” strategy outlined here.

· Now it’s time to enter fantasyland: Kevin Durant decides to rectify his decision in the summer of 2016 and lets it be known he wants to join the Boston Celtics. Did you see Durant liking tweets from Tom Brady recently? Clearly he wants to be in Boston now too! The only real way for this to happen is for Durant to opt in for 2019-20. He does so, a la Chris Paul when he was traded to the Houston Rockets.

· To match salary for Durant in trade, the Celtics have to send out either Gordon Hayward or an opted-in (or signed & traded) Al Horford. Ainge gives Bob Myers his choices and Myers chooses Horford. To avoid some potential hard cap issues (you are hard capped if you receive a player via sign & trade), Horford agrees to opt in. Horford agrees, because it’s a chance to close his career as part of a title contender.

· The following free agents leave Boston: Terry Rozier (again, Kyrie is back and Rozier won’t be a backup), Jonathan Gibson (poor guy!), Daniel Theis (part of a sign & trade to New Orleans in the Davis package).

· Boston re-signs Marcus Morris to a deal starting around $10-12 million per season.

· Boston issues Brad Wanamaker the qualifying offer and he signs it.

· Aron Baynes opts in for the final year of his contract.

Got all that? Here is what the Celtics are left with:

Boston would have the entirety of the Taxpayer Mid-Level Exception ($5.7 million) to use, and they probably would. The team is so far over the luxury tax already in this scenario, that’s just more money out of the owners’ bank accounts. Ownership has been consistent they will pay a heavy tax bill for a contender. Time to literally put their money where their mouth is.

My guess is that Celtics would try and split that exception for some wing depth, ideally guys who can shoot. And the rest of the roster would be filled out via minimum signings. With the quality of this team, there would be no problems finding veteran ring chasers to fill out the bench.

Brad Stevens also has some options here. He could go as listed above or he could go big and start Baynes and bring Hayward off the bench as a Sixth Man of the Year contender. He could go really big and push Smart to the bench. This roster is pretty versatile and deep with just the top-seven players listed. Hmmmm…feels like we’ve been here before, no?

We have! This past season! Oh no! Too many mouths to feed all over again. Except this time around it’s a little different. Instead of young players that are trying to make a name for themselves, you have a bunch of veterans who should understand the need to sacrifice for the team. Hayward already gets it. In this group he can be a playmaker and shooter, which is a role he should fit great. Smart just does his thing. Durant has already been down this road. Davis plays the Horford role, but with far more athleticism around the rim.

So, just like this past season, that puts everything on the shoulders of Kyrie Irving. He’s the point guard. He’s going to have the ball the most. For this to work, he has to be more Stephen Curry and less Russell Westbrook. After last year’s disappointing season, and hearing all the criticism lobbed his way, Irving should get it. And it’s far easier to defer to guys like KD and AD than it is to defer to players still on their rookie deals.

Again, this scenario isn’t overly likely. It involves a lot of moving parts and players wanting to be together in Boston. That’s why something in between “Run it back” and “See ya, Kyrie” is far more likely.

But this is the NBA. The unlikely happens all the time. This scenario is possible. And as Kevin Garnett taught us last time Danny Ainge put together a Big Three:

Thank you all for reading along while we covered five different ways the summer could go for the Boston Celtics. The reality is that parts of the scenarios we laid out will happen, but none of them are very likely to go as written up. The hope was to give some semblance of an idea of what Danny Ainge is facing this summer, in what is sure to be a crossroads of an offseason for the Celtics. And we’ll be here all offseason to cover it as it unfolds!