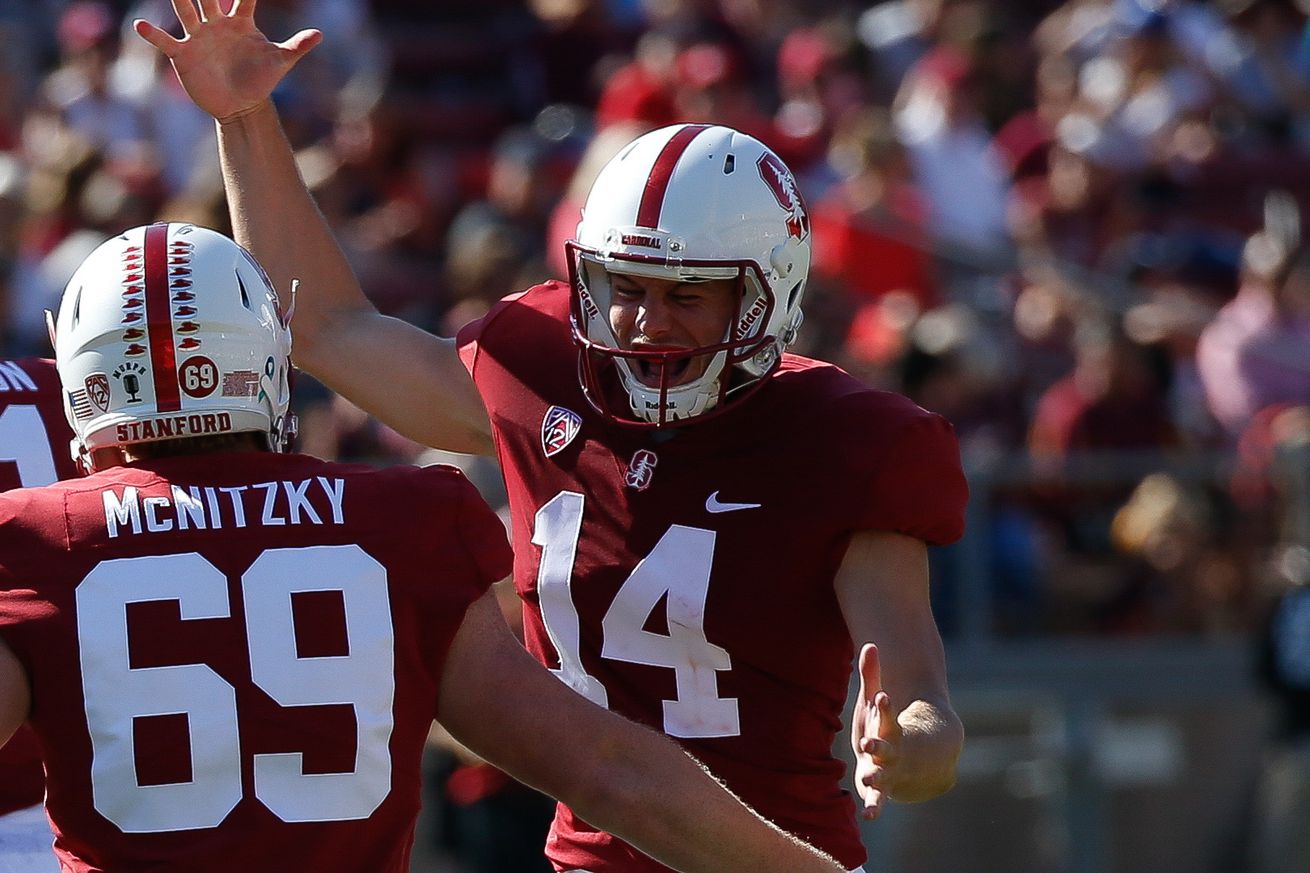 When the New England Patriots traded up in the fifth round of last month’s draft to select Jake Bailey 163rd overall, they didn’t just add another punter to their team — they added a versatile player capable of helping out on more than just one special teams unit. After all, Bailey also served as a kickoff specialist at Stanford. Whether or not he will get a chance to do the same in the NFL remains to be seen, but the rookie certainly seems to be open for it.

“I would love to be able to do that,” he told reporters shortly after he heard his name called on the third day of the draft. “It’s been a part of my game ever since I’ve been at Stanford. It’s something I would like to continue. A lot of NFL teams really value a punter that can also kickoff because it kind of helps out the kicker if he’s getting old or something or doesn’t have a strong kickoff leg, so whatever happens, I’ll be super happy with it.”

Bailey hits the nail on the head in his answer: having someone else — someone like himself — work on kickoffs could lift some pressure off a place kicker. In the Patriots’ case, this is Stephen Gostkowski, who might very well benefit from seeing his responsibilities scaled back a bit. While Gostkowski is still a solid kicker, the recently re-signed veteran has had his fair shares of ups and downs over the last few seasons.

In 2018, for example, Gostkowski made 98.3% of his extra points but ‘only’ 84.2% of all his field goal attempts. Could having another man do kickoffs help improve those numbers, particularly the latter? There’s no risk in trying, especially considering that Bailey has considerable experience kicking off: in his four collegiate seasons, the neo-Patriot did it a combined 291 times; 173 of his kickoffs ended in touchbacks, with 12 others going out of bounds.

Bailey improved each year in his dual role as punter and kickoff specialist, which led to him being drafted by the Patriots. In New England, however, the 21-year-old will not be guaranteed a roster spot despite the team moving up the board to grab him. Instead, the former Cardinal will have to go up against incumbent Ryan Allen, who was re-signed to a one-year deal in free agency after a tremendous performance during the Patriots’ 13-3 victory in Super Bowl 53.

“I know he’s an awesome punter. I don’t know much about him, but I have a lot of respect for any NFL punter there is. I’m just excited to get to learn from him and get out there and compete,” said Bailey about his new teammate and rival. The competition mentioned could become a rather interesting one: Allen, the multi-year veteran and three-time world champion, going against a rookie challenger whose biggest attribute is the aforementioned versatility.

His versatile skill set did not develop by accident. “I actually got started as a placekicker,” said Bailey when asked about his background and experience in the kicking game — and the versatility he brings to the Patriots’ table. “I didn’t kick or punt at all my freshman year of high school. Starting my sophomore year, there was an opening at the JV spot, so I started being a kicker there because I used to play soccer a lot when I was a kid.”

“I ended up having a little bit of talent for it […] and then senior year of high school I began punting. I really learned the ropes of punting — the in’s and out’s — from my Stanford special teams coordinator, coach Pete Alamar. I credit a lot, all of my development as a punter, to him,” continued the rookie, who is now looking at taking the next step in this journey over the course of the summer: making an NFL roster.

When it comes to Bailey, this situation was in the making for quite some time now. “I’ve wanted to be an NFL punter for a really long time,” he said. “This has been what I’ve been working for for the past four years in college and a few years before that in high school, too. This has been my eventual goal for the last ten years, I guess, of my life. I’m really excited to kind of get into the building and figure out what the Patriots are all about.”