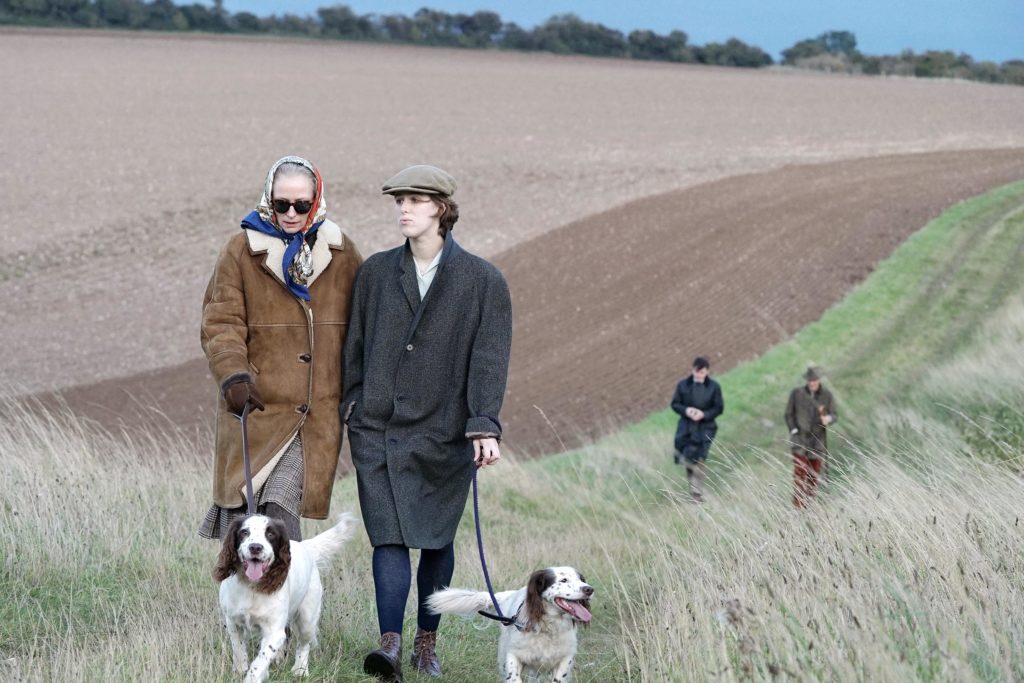 In The Souvenir, a thoughtful reflection on an impactful time in an artist’s life comes together with splendid performances to create an admirable and detailed portrait of a young filmmaker. Hogg interrogates what it means for the main character to be an artist, and by extension what it means for herself.

Is art housed and governed by an aristocracy? Or is art something that relates to everyday people in everyday circumstances? When does one become an artist? Who has the authority to judge?

The Souvenir asks these questions through its protagonist, Julie: a young woman in an intense and commanding relationship with a man named Anthony, who lives in an apartment in the posh neighborhood of Knightsbridge in London, and comes from a wealthy family.

Julie desires to create poignant political film work which would address issues like poverty and social class, yet she lacks personal experience with this kind of hardship. This is clear to the audience, as we see her moving comfortably between her reasonably upper middle class apartment in London and the upper crust environments of her parents and boyfriend.

Julie can blend in with the eclectic group of filmmaking students at her school, but fits in even more naturally in the high class spaces from which she originated.

Her professors ask her why she is interested in subject matter that is so departed from her lived experience, and her answer gives us in the audience a frame in which to set the rest of the film, especially her relationship with her heroin addicted boyfriend.

Julie replies that she wants to experience the world outside of the bubble of privilege in which she primarily exists. She knows of the issues of the world beyond her reality, but only academically, and she would like to connect more directly with them.

In a sense, this is a story of how Julie reached out of her bubble of privilege, but perhaps more accurately it is a tale of how a ‘real life issue’ entered her bubble through her lover, Anthony. 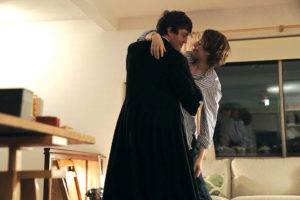 Partway through the film, it is revealed explicitly to Julie that Anthony is a habitual user of heroin. While there were signs of his use throughout the beginning of the story, Julie overlooks these due to her naivety. Once Anthony’s addiction is spelled out to her, she watches as he spirals.

Anthony becomes increasingly violent and unpredictable, while promising to Julie, sometimes convincingly and sometimes not, that his body and mind are clear and sober.

The relationship between Anthony and Julie is a turbulent one, but one which is as full of love and romance as it is anchored by strife. Both challenge each other and encourage each other in positive ways, but perhaps neither knows how to truly help the other overcome the obstacles they experience.

Another prominent relationship for Juli, is with her mother, played by Tilda Swinton. This is of note, as the performer in the protagonist role, Honor Swinton-Byrne, is Tilda Swinton’s daughter. While I cannot say if their relationship is similar in real life to what is portrayed on screen, it would seem that Honor picked up a few tricks from her mother, as both give skilled and heartfelt performances.

Julie’s mother is supportive of her, and is loving and warm in some ways, but also pretty frank and not outwardly emotional. This perhaps is a testament to the composure that Julie is raised to have, and the contrasting fluidity that she actually possesses. Where her mother is calculated and appropriate, Julie is loose and informal; her mother is self-controlled and Julie is relaxed. 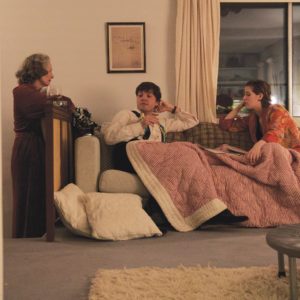 After much drama and strife, Hogg ends the film with a long zoom-in to a one-shot of Julie with nothing but black in the background. The action on screen– Julie’s film crew using a dolly to slowly encroach on the subject– is perhaps the same strategy used for the shot we see. This provides emphasis on the connection between Julie, the director in the story, and Joanna, the director telling the story.

This shot could be seen as a signature by Hogg; an allusion to a history of self-referential art which began with Renaissance painters. It is through Julie that Hogg tells her own story, and with the address of the viewer directly in this shot, Hogg in turn addresses us.

In the following and final shot of the film, two massive warehouse doors open to reveal a clear blue sky beyond the darkness of the studio set. Julie walks alone out of these door and stands in solitude just outside of the building. At this point of finality, standing remote from the film set and her crew, this character holds an assured posture despite having endured a tumultuous set of experiences.

Julie breathes in the air and bears the weight of her vulnerability, perhaps as Joanna Hogg would leave the film set off screen: Strengthened from having survived the severity and hardship of love and emboldened through the retelling her story.