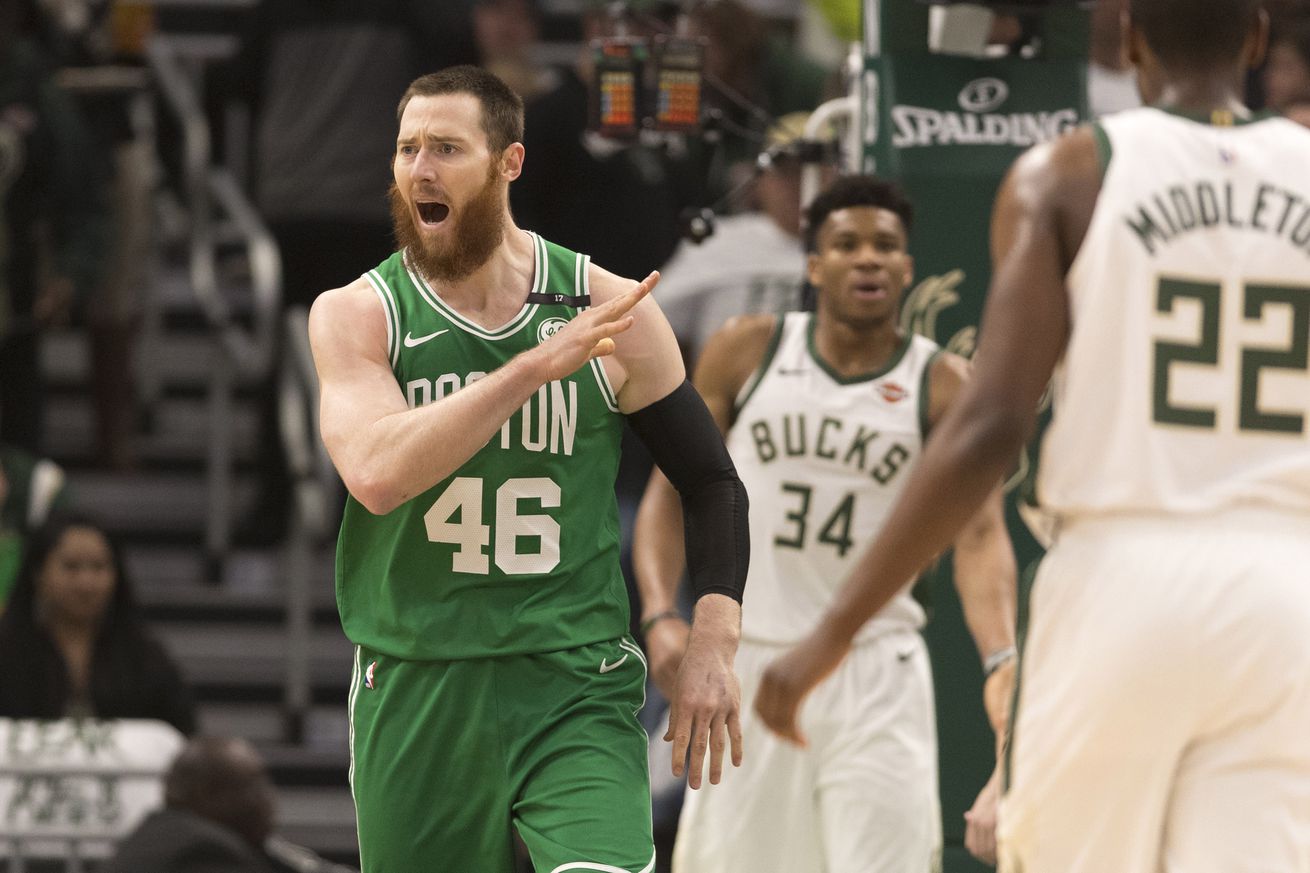 At a charity event, the Boston big offered a few thoughts on his player option and free agency.

But even the dedicated Australian big is choosing his words carefully when fielding questions about the offseason. At an event for the Shamrock Foundation, Baynes offered comments on his player option and the disappointment of the 2018-2019 season. MassLive’s John Karalis had the story.

“I know my heart’s still here in Boston. I love Boston. It’s been great to my family,” Baynes said. “There’s no better place to play than TD Garden during the playoffs or when you’re in the middle of a comeback. So if I’m thinking of that, I know where I want to be. But at the same time I’ve got to talk with Danny, I’ve got to talk to Brad and see what their thoughts are as well. I want to be in the right situation.”

Looking back at the season, Baynes offered thoughts that further clarify Boston’s inability to gel. Baynes offered a Popovichian outlook, in contrast to teams that have relied on the postseason as a forcing function to play at a higher level.

“I don’t think we built the right habits throughout the season. Everyone kind of focused on the playoffs and there was a lot of talk about when we get there we’ll be right, we’ll be able to play. But you can’t just flick a switch and play the right way,” he said. “You need to set it up throughout the regular season. You need to go out there and do it as a team and grind out a routine and we weren’t able to do that at any point this season consistently. We had glimpses of what we could do when we play well as a team but night in and night out it wasn’t the norm for us.”

Don’t forget that Baynes won a title with the San Antonio Spurs in 2013-2014. And he still wants to win another in Boston.

“There’s only one thing you can look to achieve when you come to Boston,” he said. “With the legacy they have here, you want to add to that legacy.”

The Celtics big was a critical piece for Boston this past season, when healthy. Baynes struggled with ankle injury, but late in the season joined Al Horford in a two-big lineup that helped the Celtics stay strong through the end of the regular season.

In July, Baynes has a decision coming: pick up his player option at $5.4 million in Boston, or head elsewhere. At that rate, he’d fit right into another team looking to use the mid-level exception on a center.