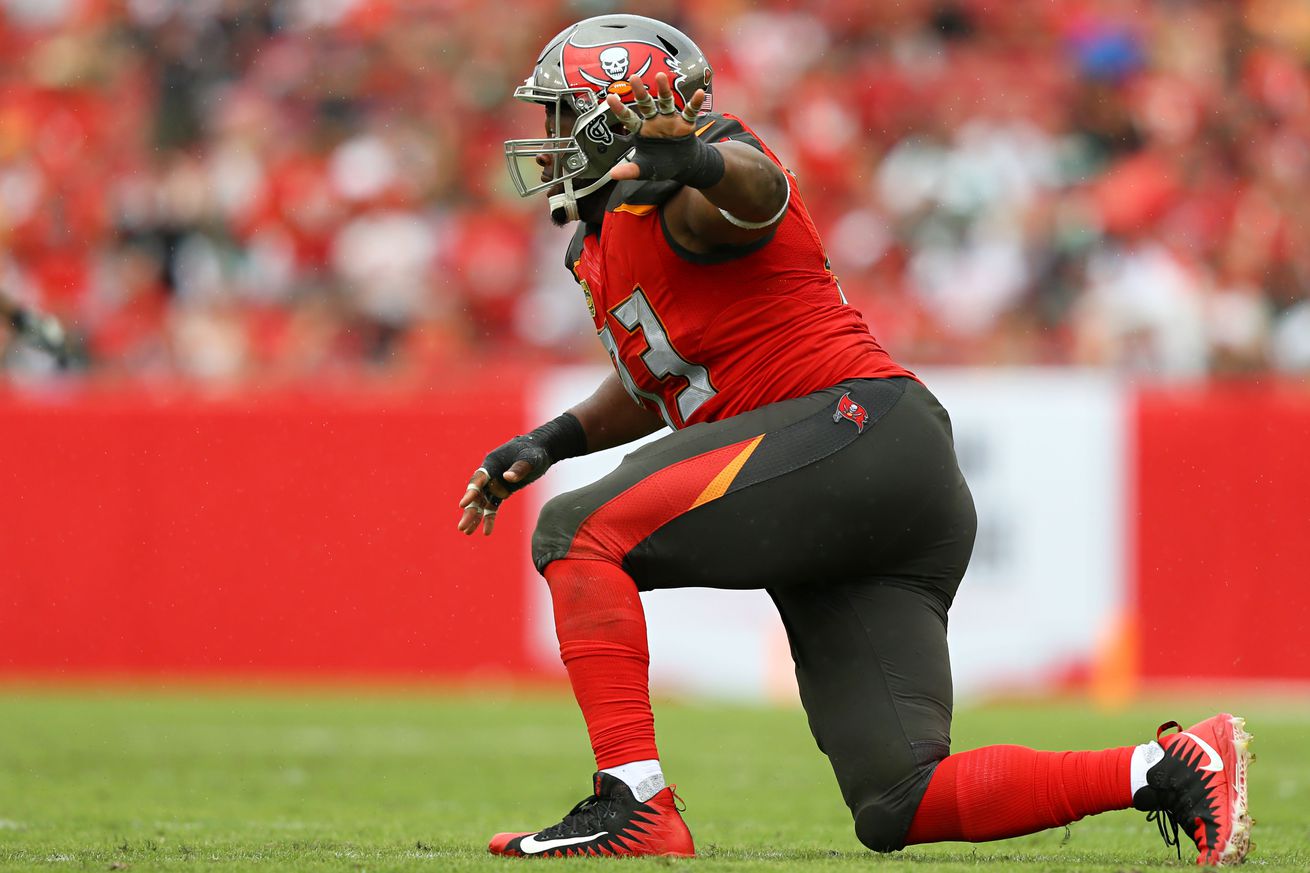 Related: Don’t expect the Patriots to be in the running for Gerald McCoy

On Monday, the Tampa Bay Buccaneers parted ways with one of the cornerstones of their team: six-time Pro Bowler and former first-round draft pick Gerald McCoy was released. It looks like his stint on the open will be a rather short one, however, at least if judged by the reported interest the defensive tackle generated this early into the process. According to multiple reports, eight teams are apparently interested in McCoy.

Among those teams are the New England Patriots. The world champions were already linked to McCoy immediately after he hit the market, and it seems as if nothing has changed since. Of course, this does not necessarily mean that the Patriots are intent on investing in the 31-year-old: they already re-signed Danny Shelton earlier this week, after all, and are not as financially flexible as the other teams also on the list of interested parties.

According to ESPN Buccaneers reporter Jenna Laine, the Patriots are joined by the Cincinnati Bengals, Atlanta Falcons, Cleveland Browns, Indianapolis Colts, and New Orleans Saints. NFL Network’s Mike Garafolo later also added the Carolina Panthers to this list. Finally, Mary Kay Cabot of Cleveland.com named the Baltimore Ravens as the eighth team to have expressed an early interest in McCoy.

So, where does this leave the Patriots and their $5.2 million in salary cap space? Basically in no different place than they were in when McCoy was released earlier this week, despite internal circumstances changing a bit due to the retirement of Jared Veldheer: New England would improve its defensive front by adding a player of McCoy’s caliber — one potentially eager and willing to take a smaller salary to play for a contender.

Ultimately, however, some of the Patriots’ ‘rivals’ when it comes to obtaining McCoy’s services — think: Colts and Browns; the latter already bringing him in on a visit — are significantly more potent when it comes to the financial site. It would therefore not be a surprise if New England simply had called to gather some information, or if the club was only thrown out there to drive up the price.

At the end of the day, Tuesday’s take on the matter will likely still ring true: don’t expect the Patriots to be in the running for McCoy.