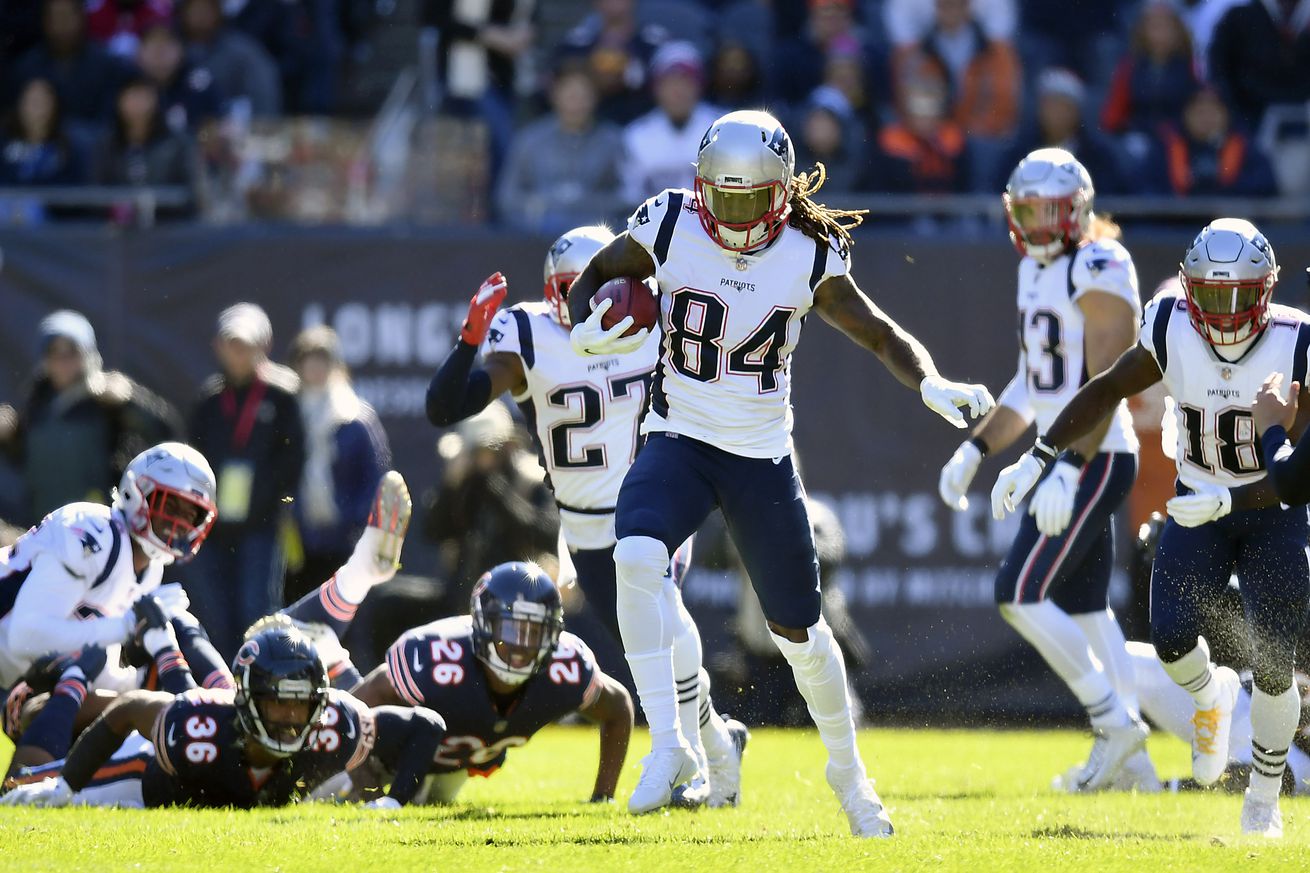 Our offseason countdown continues with the Number 11 Most Memorable Patriots Moment of 2018.

I know that summer doesn’t officially start until June 21st, but everyone with a brain knows that the summer season lasts from Memorial Day through Labor Day – and after that, football season begins. On the horizon are long weekends, cookouts, beach parties, yoga pants, and that critical time on the NFL calendar that is the preseason. Nobody is getting any work done today as we all get ready to head home and fire up the grill, so thanks for slacking off with me here on the countdown of the Top 20 Most Memorable Patriots Moments of 2018.

20. Danny Etling gets half of the Giants fired with an 86 yard touchdown run.
19. The Patriots demolish the Jets at home to secure a playoff bye.
18. Julian Edelman bounces off a Bill and into the end zone on a 4th down conversion.
17. Some punt team acrobatics keep the Steelers from getting a touchback.
16. Gronk magic returns with a 34 yard touchdown seam route catch against the New York Jets.
15. James Develin finds the end zone twice against the Minnesota Vikings.
14. The New England Patriots trade for Josh Gordon.
13. A Julian Edelman screen pass and an epic Tom Brady fakeout secures a primetime win on Sunday Night Football over the Green Bay Packers.
12. The Patriots right the ship with a Week 4 blowout of the Miami Dolphins.

Number 11 takes us out of Foxborough and on the road for a showdown in the NFC North.

11. Special teams lead the way for a decisive road victory over the Chicago Bears.

When the Patriots came to Soldier Field on October 21st, 2018 for a Week 7 matchup against the Chicago Bears, it was tough to get a read on what kind of team this Bears squad was. They dropped their season opener to the Packers, but then rattled off three straight, including a 48-10 pantsing of the Tampa Bay Buccaneers. But coming off a Week 5 bye, they lost to a Dolphins team that had just gotten housed by the Patriots, albeit by only a field goal. The Patriots, however, after starting 1-2, had scored 38, 38, and 43 points on their way to a 3-2 record. That said New England had yet to win a game on the road, and Chicago is a fairly difficult place to play. A lot of the analysts (shockingly) were pretty split over who was going to come out on top.

The game started out well enough for the Patriots; they received the opening kickoff and marched 75 yards on eight plays, not even seeing their first 3rd down until it was 3rd and 1 all the way down at the Chicago 9. Brady would hit Edelman on the play for the score. On defense, the Patriots looked solid as well; the Bears were held to a punt and a FG on their next two possessions. Unfortunately, Cordarrelle Patterson fumbled the ensuing kickoff, giving the Bears possession at the 24 yard line. Fresh off the field and with a short field to defend, New England was unable to contain Mitch Trubisky, who scrambled eight yards for the score on 3rd and 5 from the 8.

To make matters worse, running back Sony Michel would get folded like an accordion three plays into the next Patriots drive, and the Bears would recover and score again to take the 10 point lead. With the lead and homefield advantage, Chicago was in position to put a stranglehold on this game.

On the ensuing kickoff, Patterson fielded the ball at the five yard line and took off down the left sideline. The Patriots blocking scheme was set up perfectly, and he was able to dart through a hole at the 25 and break for daylight. A quick juke to the right, and he was gone, taking the ball 95 yards for the touchdown and some nice redemption from his earlier gaffe. Just like that, the Pats were back in it. They would go on to score on their next possession as well to take a 21-17 lead into halftime.

The Bears, however, answered right back, scoring on the first possession of the 3rd quarter to regain the lead. new England answered back with a FG, and it was 24-24 late in the 3rd.

Chicago’s next drive was aided by a questionable JC Jackson DPI call, but the defense would ultimately get a stop. Lined up to punt at their own 45, the Bears apparently forgot to triple-team Dont’a Hightower, as he absolutely plowed straight up the middle and blocked the kick with his face. Kyle Van Noy picked it up and returned it 29 yards for the go-ahead score – a lead the Patriots would not relinquish. They would add one more TD in the fourth quarter, James White’s second receiving score of the day, to make it 38-24, and the game was all but out of reach. To Chicago’s credit, they were able to pull the score to within a TD, and then a last-second Hail Mary was caught by Kevin White at the one yard line, but White was swarmed by Patriots and unable to punch it it. Patriots 38, Bears 31.

Bill Belichick always harps on all three phases of the game, and you won’t find a coach who waxes more poetic about special teams than Belichick does; it’s how a lot of guys make it onto the roster in the summer, and how special teams performs all but dictates the ever so important field position battle. Add to that special teams putting up two scores on the day, one on a kick return and one on a block, then you know that Bill was happy – although he’d never show it. That it came on the road against a very tough opponent and gave the Patriots their first away game win of the season makes this one an easy choice for Number 12.