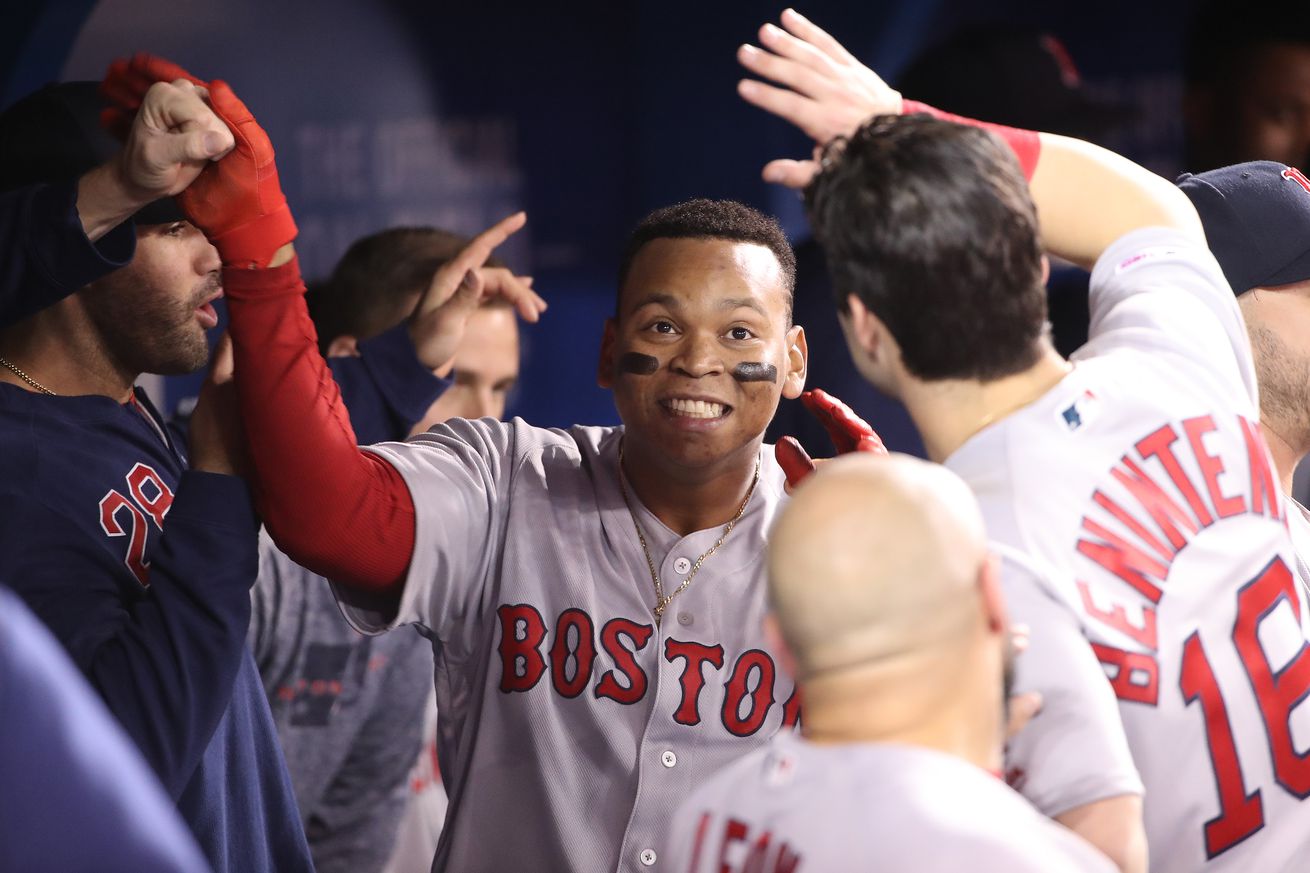 Speaking of Devers, he got the day off on Friday despite being so hot at the plate. (Nora Princiotti; Boston Globe)

There were a few really good opportunities to get him in late as a pinch hitter, though, but Alex Cora never made the move. The manager explains why. (Chris Cotillo; Masslive)

Dustin Pedroia just can’t catch a break, and has suffered another setback in his rehab. (Ian Browne; RedSox.com)

Michael Chavis has done nothing but hit monster dingers since coming up to the majors. He’d be interested in the Home Run Derby if he got the opportunity. (Chris Cotillo; Masslive)

Over The Monster https://www.overthemonster.com/2019/5/25/18639533/boston-red-sox-news-rafael-devers-dustin-pedroia-michael-chavis
Categories: Sports