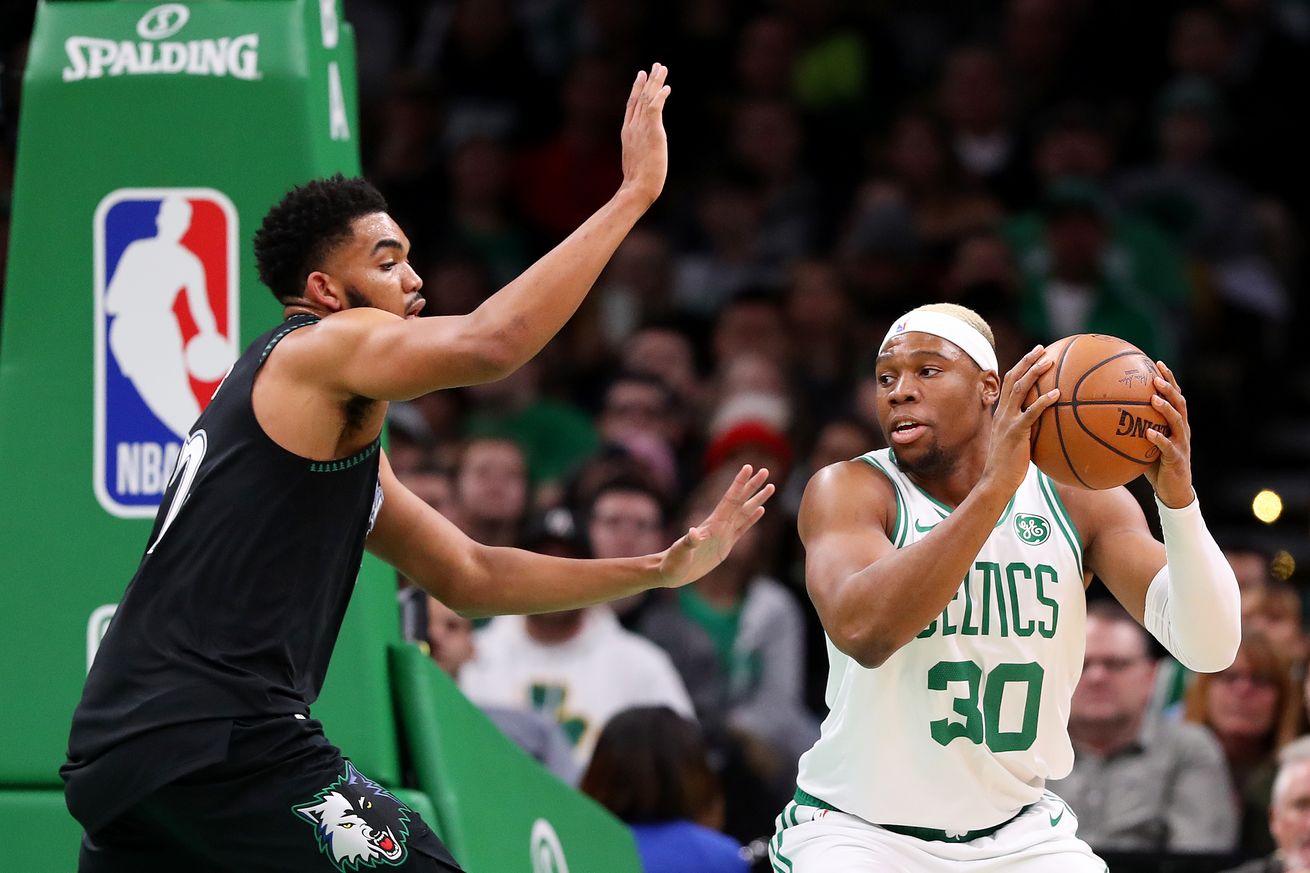 Much like last year, it’s fairly difficult to write about Guerschon Yabusele’s season because, well, he didn’t really have much of one. After a rookie season in which he appeared in 33 games and played 235 minutes, Yabusele’s sophomore totals increased all the way to 41 games and 251 minutes in 2018-19. Limited primarily to Gino Time, there simply wasn’t much substance to this season for the 22-year-old forward.

We all knew this was a likely course of events, to be fair. Yabusele is an exceptionally raw, young forward on a roster that had both excessive depth at his position and serious title aspirations for the season. If 2018 first-rounder Robert Williams couldn’t find time on an NBA court for much of this season, Yabusele was never going to, either.

Still, you have to wonder if Yabusele’s timeline just doesn’t jive with Boston’s. He’s raw, yes, but he’s also a young 22-year-old trying to learn his place on an NBA team, and the Celtics just haven’t been able to provide that opportunity. He saw 10 or more minutes in an NBA game just seven times all year, and he didn’t even see time with the G-League Red Claws — he appeared in Maine for just one game. How much is warming the back end of the Boston bench really benefitting him in the long run?

We saw the customary flashes during his occasional cameos, of course. During a rare, non-garbage time shift against the Rockets, he played some impressive defense on the perimeter against James Harden, adding The Beard to the list of excellent perimeter scorers he’s improbably victimized (the inaugural member being Bradley Beal). Despite being built like a Geodude with legs, he has some decent lateral quickness that will allow him to survive off switches someday.

In a January 9 blowout over the Indiana Pacers, he saw some late-game minutes alongside Williams, and the duo picked up back-to-back blocks that made my heart sing.

And of course, during the Celtics’ traditional Game 82 Bench Bonanza™, he acquitted himself well, playing 25 minutes and scoring 13 points on 50% shooting from the field, including a trio of respectably deep three-pointers.

Last season, our benevolent leader Jeff Clark wrote this very same exit interview article regarding Yabusele’s rookie year, and much of what he wrote then still applies today. Yabusele is a blast to have on your basketball team, a loveable goofball who radiates positive energy and one of the best in the league at bench celebrations. Both the team and fans alike adore him, and for good reason — he’s the Dancing Bear.

Still, the cynical brain wonders if, long-term, Yabusele’s greatest value to the franchise might simply be his contract. Back in October, the Celtics picked up the third-year team option on his rookie deal, lining up Yabusele to receive approximately $3.1 million next season. We know the Celtics will be active in the trade market for a player like Anthony Davis, but they still generally lack the kind of mid-level salary typically needed to make such a trade. Yabusele’s $3.1 million could prove to be an important piece of the puzzle in a potential deal.

Ultimately, Yabusele’s long-term outlook can’t be forecasted until the dust settles on the Celtics’ upcoming offseason. Depending on the complexion of the moves Boston makes, he could be playing for another team come October or he could possibly see an increased opportunity in Boston. And of course, if the Celtics opt to run it all back, he could end up right back where he was this season once again.

Only time will tell what will happen with Guerschon Yabusele — and whether or not that outcome works out best for him as a player.