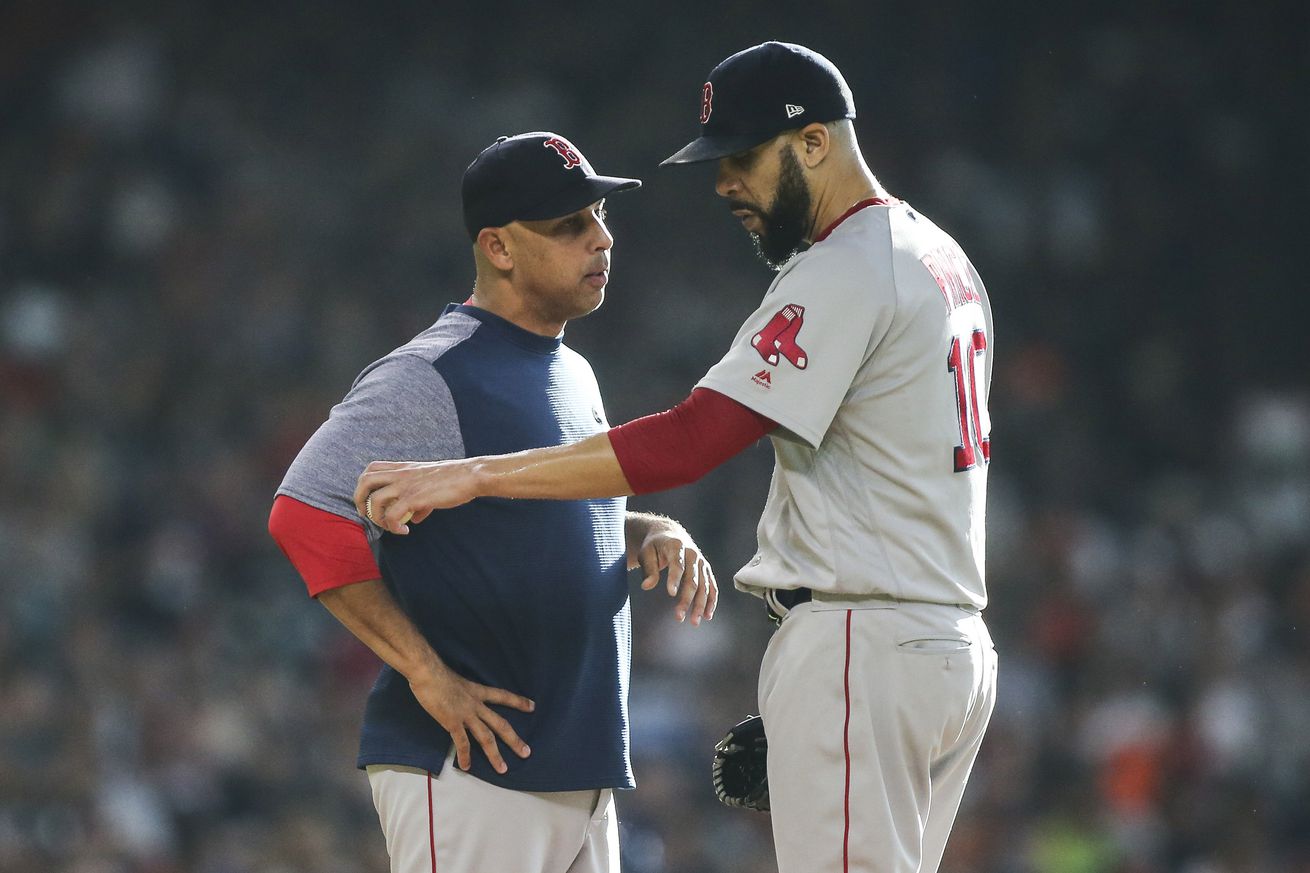 David Price had to leave Saturday’s game after just 15 pitches, but if it was up to him he’d have stayed in. (Chris Cotillo; Masslive)

It can be frustrating, as we all know, but Alex Cora is going to stick to his plan of resting players. (Peter Abraham; Boston Globe)

One other thing we can count on with Cora is that he’ll hold himself accountable when things don’t go well. (Jen McCaffrey; The Athletic) ($$)

Eduardo Rodriguez is on the mound Sunday as the Red Sox try to avoid the sweep. Right now, the lefty is only focused on staying healthy. (Jason Mastrodonato; Boston Herald)

What kind of potential help do the Red Sox have in the upper minors? (Sean McAdam; Boston Sports Journal) ($$)

A familiar name is back in baseball with Mike Yastrzemski being called up by the Giants. Chris Mason has a talk with the legend’s grandson. (Chris Mason; Eagle Tribune)

Over The Monster https://www.overthemonster.com/2019/5/26/18640323/boston-red-sox-news-david-price-alex-cora-mike-yastrzemski
Categories: Sports