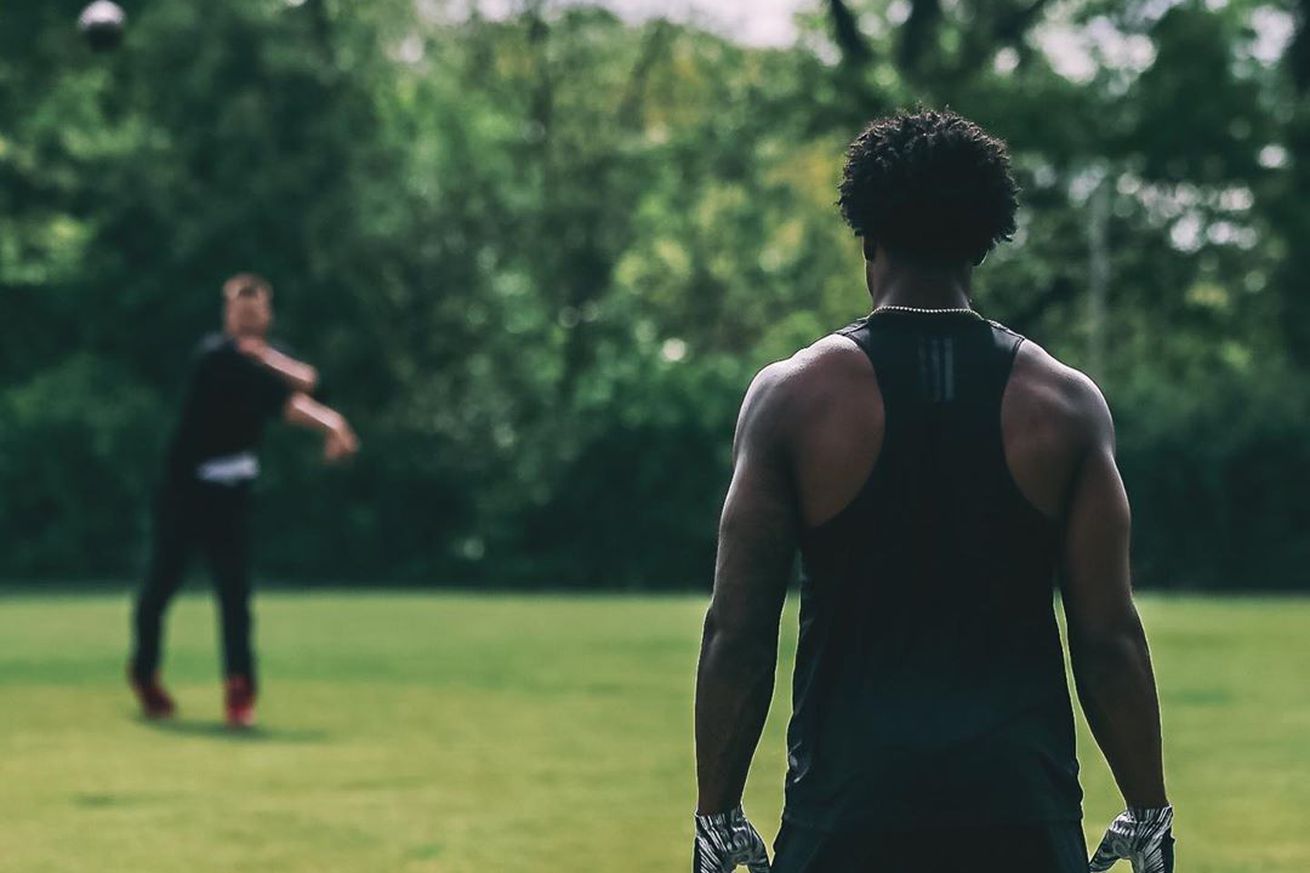 Brady is working out with his projected top two at the wide receiver position.

The New England Patriots kicked off their 2019 organized team activities earlier this week, but a sizable number of players was not present (at least during Thursday’s session open to the media). Among the men not spotted was the Patriots’ biggest star and most important player: just like he did last year, quarterback Tom Brady is sitting out the voluntary workouts to follow his own routine when it comes to preparing for the upcoming season.

But even though the future Hall of Famer is again training separately from his teammates, he is still getting some work in with the two wide receivers projected to be atop the list of his primary targets this season: as a post on Brady’s personal Instagram account shows, the 41-year-old is working out with both reigning Super Bowl MVP Julian Edelman and the Patriots’ first-round draft pick this year, N’Keal Harry:

Brady holding personal workout sessions with his pass catchers is nothing new: in the past, he regularly invited players — among them Edelman and now ex-Patriot Danny Amendola, as chronicled in the 2018 documentary Tom vs Time — to his summer hideout in Montana to improve his chemistry with them. The photos shared via Instagram this weekend show a similar setting, although the ultimate results remain to be seen.

This holds particularly true for Harry: the rookie, who impressed both on and off the field during New England’s OTA practices, is just yet building his rapport with Brady. Him joining the game’s greatest ever quarterback and his favorite pass catcher for a personal workout is therefore good to see from the Patriots’ perspective. After all, Harry is expected to play a major role in the world champions’ offense this season.