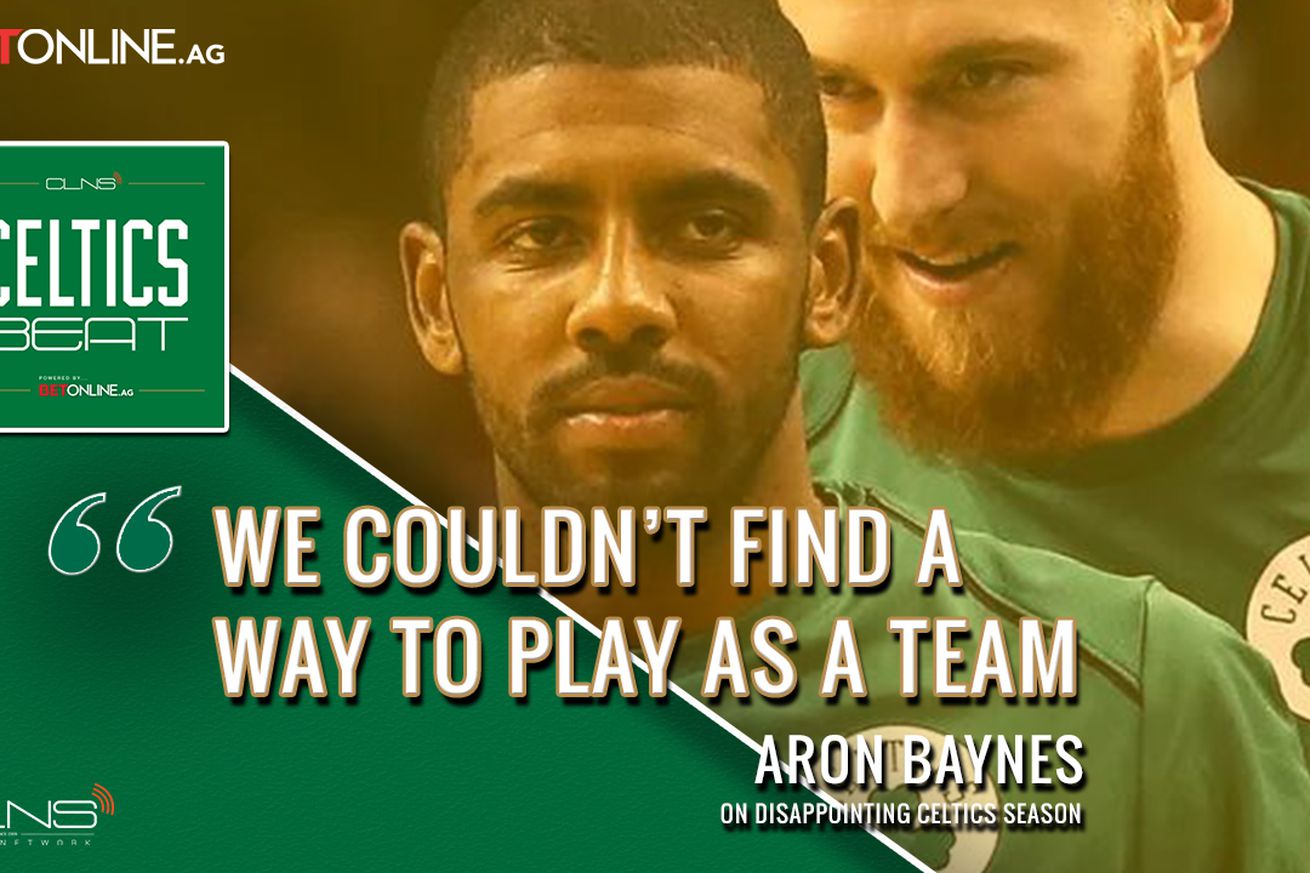 Aron Baynes sounds like a guy that wants to come back next season. The Australian chatted with CLNS’ very own Adam Kaufman on this week’s Celtics Beat.

“I love Boston. Boston’s been great to me. My family is comfortable here” said the Celtics big man. “I have to have a chat with Danny and Brad in the next couple of weeks. Want to see what their thoughts are as well. If everything lines up I’d still love to come back.”

“My heart is still in this…I want to add to the Celtics legacy,” he concluded.

If I had to guess I would say that it’s likely that All of Australia is on the Celtics next year. Moreover I believe Danny Ainge recognizes what Baynes brings to the table, both on and off the court. His impact often goes unnoticed, and it was hard to see this year because he was injured so often. However, make no mistake about it: The Celtics are a better team with him on the floor.

Baynes: “We couldn’t find a way to play as a team”

It’s frustrating to hear because this is one of the most talented Celtics teams we’ve had in a while. Adam said it best in the beginning of the podacst. Everyone was penciling them in the NBA Finals and playing Golden State well before the first tip-off of the entire season. The expectations were sky high and Boston came up well short. But why?

“I definitely think that Brad’s system is great. I’m a big believer in what Brad wants us to do. I’ve seen how good of a coach he is. I’ve seen how much he enhances guys abilities when they are playing for him,” Baynes said.

“I think there were sometimes where we didn’t buy into his system fully and that hurt us. Because when did, when we live within Brad’s system both offensively and defensively we look really good and we did the right things,” he concluded.

I don’t think these quotes are really shocking to anyone who watched the team this year. There seemed to be a disconnect at times with guys on the floor. And Aron is right. When things went well they REALLY went well. But it was obvious at the end of the year that not everyone bought in. Everyone can speculate who those players were, but ultimately it falls on the entire team, including Stevens.

21:38 Kyrie is one of very few who know his decision