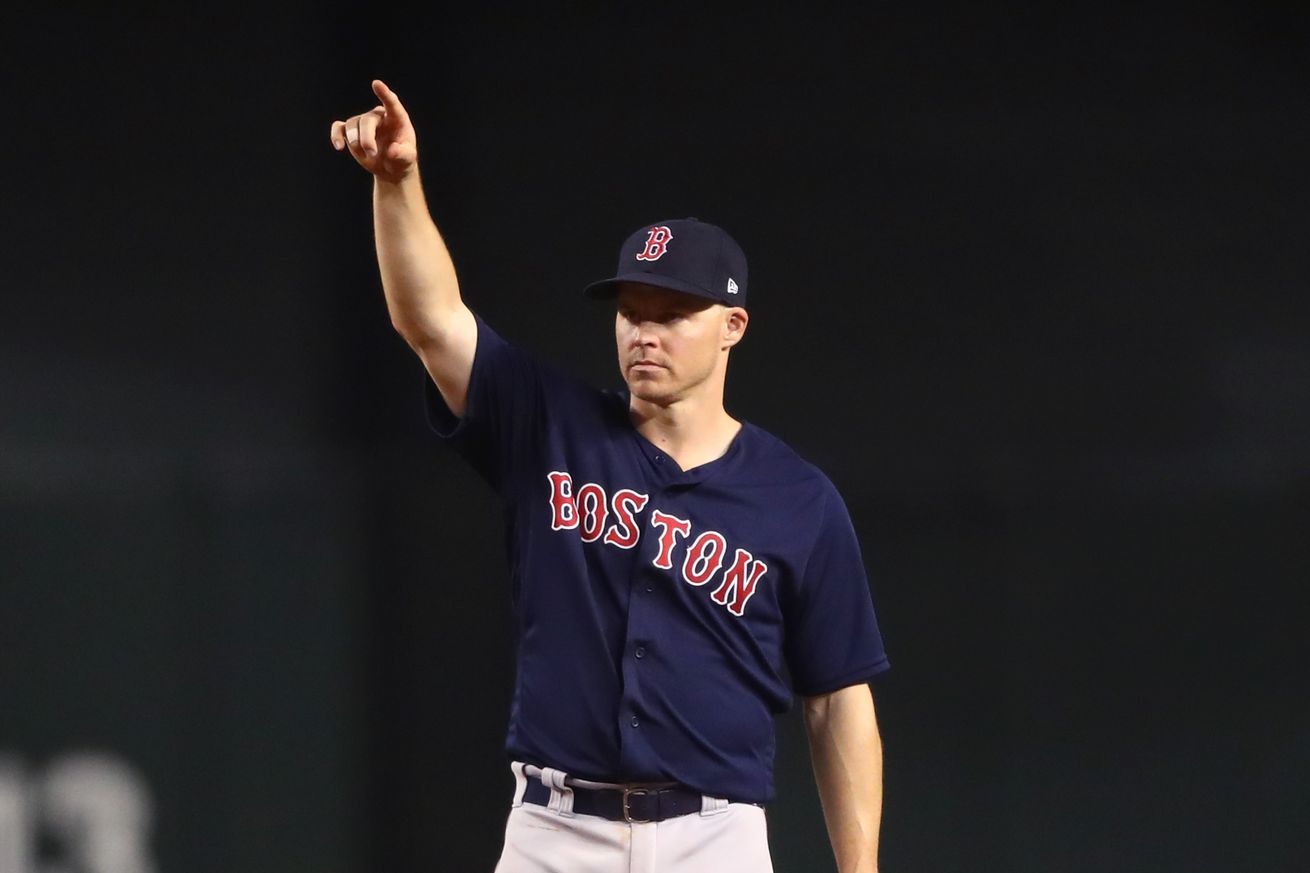 Darwinzon Hernandez gets sent down just a day after being called up.

Brock Holt has been out since the very start of the year, last appearing out in Arizona while the Red Sox were still in the midst of their disastrous, season-opening road trip out west. He originally went down with some vision problems resulting from a scratched cornea, but he’s suffered some setbacks in rehab including a shoulder impingement that extended his absence. It seems he’s finally ready to rejoin the roster and will be active in time for the series opener back at Fenway against the Indians. To make room on the roster, Darwinzon Hernandez will be optioned. This option was first mentioned by Chris Cotillo of Masslive on Sunday.

No move yet for Holt but it’ll probably be optioning Darwinzon Hernandez.

For Holt, his return to the roster gives the Red Sox a four-man bench for the first time this year. It will be interesting to see how this all shakes out in terms of playing time with Holt, Eduardo Núñez and Michael Chavis all fighting for playing time. Presumably Chavis is going to continue to play on a near-daily basis, and the most obvious place for those starts are at second base. I’d expect him to also get some time at first base and DH to keep him in the lineup with the occasional start at third against tough lefties. With Steve Pearce starting to swing a much better bat, it’s harder to get Chavis that time at first, though it’s not the worst problem to have.

As for Hernandez, it’s a little disappointing to see someone as exciting as him get sent down without even having pitched, but it’s not super surprising. It’s also likely for the best. For as much potential as Hernandez has, he still has work to do in his development, specifically in terms of figuring out his control. It’s much easier to have that development done in the minors rather than trying to learn on the fly in the majors. He was called up for this game because of how burned the bullpen was on Saturday. They needed an option in case Eduardo Rodriguez was knocked out of Sunday’s game early, but that wasn’t the case. Hernandez will be back and will have a chance to make an impact this year. We’re just going to have to be patient.

Over The Monster https://www.overthemonster.com/2019/5/27/18641185/brock-holt-injury-darwinzon-hernandez-red-sox-roster
Categories: Sports