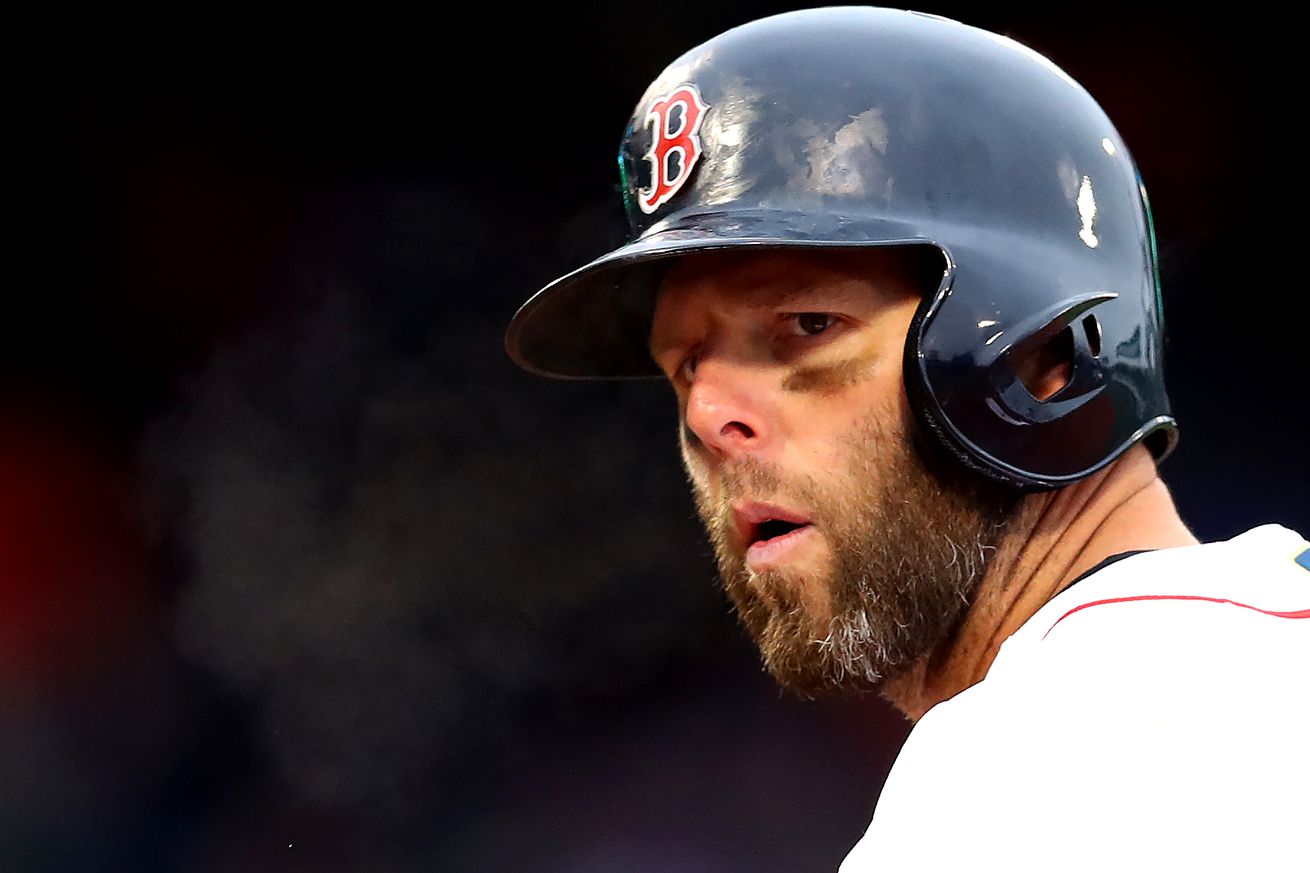 It’s not a retirement, but he’s not going to be around for a long time.

Today, news broke that there was a setback in Dustin Pedroia’s recovery. As all will be fearful to hear, it was that pesky left knee again. He was pulled from a AA game early on Friday, and today we have more context why.

Dustin Pedroia, “The last game I played, the pain was kind of to the point I had to tell the trainer I had to come out. It was a tough day. Next day, I woke up and it wasn’t any better. It’s too a point now where my knee is not allowing me to play every day. “

The Red Sox know this too. He was transferred to the 60-day Injured List, opening up his 40-man roster spot for use. A press conference was announced, which took place at 1:45 PM ET on NESN. Speaking at the conference were Dustin Pedroia, Alex Cora, and Dave Dombrowski.

After speaking for fifteen minutes, these were the highlights (or rather, lowlights) of the brief session:

Pedroia: ‘It’s weird. Some days I feel fine and an hour later walking is tough’

Pedroia: ‘Time will give me the right answer on if I can do this.’

Pedroia: “Time will go on and I’ll know more about it. I haven’t sat down and thought about retirement. I just now that right now I need a break from the everyday stresses and dealing what I’m dealing with.”

Pedroia on if he will play again: “I’m not sure.”

Pedroia did not put a specific time frame on how long he’ll take to think about what comes next.

So Dustin Pedroia is in a state where he’s not rehabbing, he’s not considering surgery, but he’s also acknowledging he cannot play baseball right now, and may not ever play baseball again. He needs time to come to a decision, which sounds like a retirement thing, but he hasn’t thought enough about retirement to comment further on it.

At this point, the injuries are having an effect on his every day life. He’s experiencing frequent pain, when doing non-baseball actions. He’s hurt. But he’s also noted his knee is not getting better. It’s not going to.

Pedroia: “My knee will never heal. We’re taking the time right now to find out if I can play again.”

It sounds like the end of his career, but Pedroia isn’t quite ready to call it quits yet. One thing is clear, and that’s that you can’t question Pedroia’s toughness. He wants to be out there on the field, even now, in constant pain. He wants to play baseball. He just can’t right now.

I cannot speak for everyone, but I’m wishing Dustin Pedroia the best of luck with his future health.

Over The Monster https://www.overthemonster.com/2019/5/27/18641615/red-sox-dustin-pedroia-retirement-rumor-injury
Categories: Sports