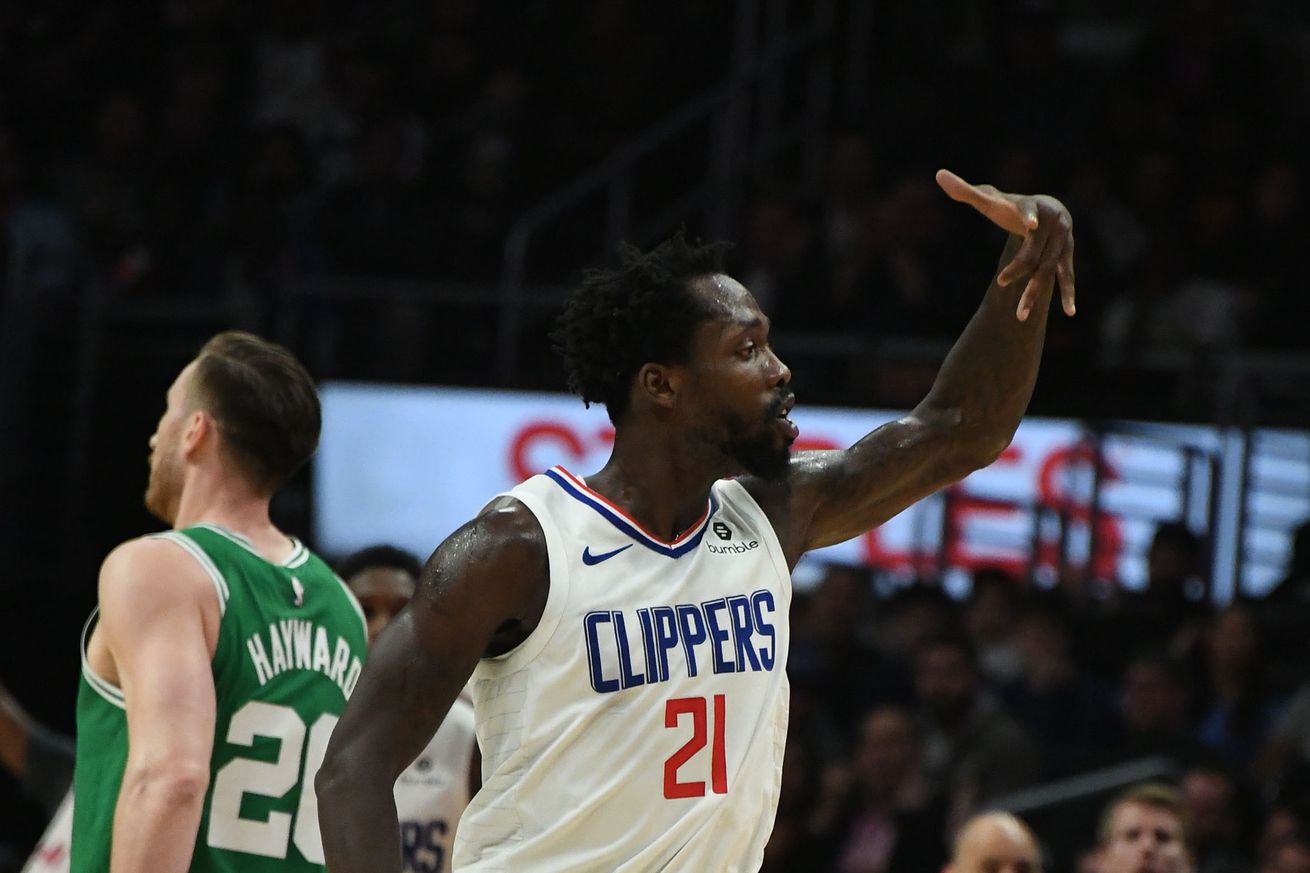 The Celtics need some grit, grind, and a guard.

The Celtics’ 2019 off-season has numerous realistic outcomes, many of which result in the team heading into next season over the salary cap. As Keith Smith outlined, even in a scenario where Kyrie Irving leaves, Al Horford opts out to sign a team-friendly deal, and most everything else stays the same, Boston would still be over the cap. This leaves Boston with the Non-Taxpayer Mid-Level exception (worth $9.2 million) and the Bi-Annual exception ($3.6 million) to sign free agents. There is a timeline where the Celtics could land pretty far under the cap, but it seems unlikely so we’re going to assume they’ll be over the cap during free agency.

Some combination of Terry Rozier, Marcus Morris Sr., and Daniel Theis will be gone. I wouldn’t be surprised if it was all three. Rozier because he hates it here, Morris because some random team will offer him a lot of money, and Theis because there’s clearly a log jam at the forward position and he’s one of the odd men out. Boston has three first round picks and a bare minimum goal of finding some role players who can play within Brad Stevens’ egalitarian offense.

An interesting point (that I’m stealing from the Bill Simmons podcast) is that this iteration of the Celtics is exactly the type of team that previous iterations of the Celtics would want to poach players from. The Danny Ainge specialty is finding players who don’t fit in their current situation and making them shine in a new one. Now that our Celtics are on the other end of it, expect other teams to want to swipe some players away and give them the fresh start they want. Remember that time the Trail Blazers offered Evan Turner a four-year, $70 million deal? I remember. 2016 was a different time, but that doesn’t mean NBA management learned their lesson on how to spend money.

But first, let’s talk about the idea of positionless basketball. The most traditional blueprint for NBA lineups is all but obsolete. That is, the point guard + shooting guard + small forward + power forward + center configuration isn’t relevant any more. Still, certain roles have to be accounted for before you get creative with lineups.

“I don’t have the five positions anymore,” Celtics coach Brad Stevens said. “It may be as simple as three positions now, where you’re either a ball-handler, a wing or a big.

“It’s really important. We’ve become more versatile as the years have gone on.” – via AP News

The Celtics have five rotation players that I trust to handle the ball, none of which are a mortal lock to be on the team next year:

Marcus Smart – One of our two most reliable players, but his contract is perfect trade bait

Al Horford – One of our two most reliable players, great passer, but really not the ball-handler type

Of those five the only two I feel absolutely confident in seeing them in green again would be Hayward and Horford. It pains me to say this, but there are some totally viable Anthony Davis trade packages, also outlined by Keith, that involve Smart. That creates a pretty real possibility that Kyrie is the only guard to return next year, unless we’re thinking Brad Wanamaker is cracking into the rotation.

Meanwhile, they have more forwards than they know what to do with. If the Jays get traded, they could still have Morris, Hayward, and Ojeleye left over. Aron Baynes, Robert Williams, and Horford are all likely back as bigs. Also, there’s Daniel Theis, the half-forward, half-center who I doubt will be back.

Effort. I’d rather watch an average team that plays hard over a loaded team that does whatever this team just did. That doesn’t mean everybody on the roster needs to be Marcus Smart levels of balls-to-the-walls chaos at all times, but it does mean you need enough such players for the effort to be contagious. I always point to the trio of Avery Bradley, Jae Crowder, and Smart as the foundation of the underdog Celtics that everybody loved to watch, whose effort created a ‘parts greater than the whole’ situation that ultimately made three important things possible:

That’s the value of effort.

Should Beverley wish to escape the Western Conference and join a team that features Kyrie Irving, Anthony Davis, and a shortage of guards, Boston could be the perfect fit. Defensively, he brings a lot of what Marcus Smart does both on and off the ball. For example, the first thirty seconds of this video:

If you’ve seen Smart on the offensive boards, he does something similar to how Beverley breaks up passes in the paint. In the second clip of the video, Beverley backs straight into Kyle Kuzma before using his shoulders to reposition himself and seal Kuzma off the ball. In rare spots where Smart is poised to rebound a missed free throw, he often uses his shoulders to spin off defenders and plant himself in front of them before they can get position. It’s worth noting that Beverley is on the smaller side, so think of him as Marcus Smart-type in Avery Bradley’s body.

Beverley is not an explosive scorer, which is fine because the Celtics aren’t in the market for one. He is, however, relatively efficient with his shot attempts. Per Cleaning the Glass, here’s Beverley’s effective field goal percentage over his last three healthy seasons (‘17-18 will be excluded) and how he ranks among other players at the same listed position (CTG splits guards up into ‘point’ and ‘combo’ categories).

For comparison, Rozier’s 48.1 eFG% as a point guard ranked him in the 37th percentile this season, and his 48.7 eFG% as a combo guard last year put him in the 44th percentile. I still love the mid-range shot, especially in today’s NBA where it’s always open, but this efficiency gap exists almost solely through Rozier’s poor mid-range shooting. Here’s CTG’s shot charts for each guard, based on their last 750 attempts:

Nearly 12% of Rozier’s attempts were long twos, where he shot just 30%. Beverly shot just 20% on long twos, but only shot them two percent of the time. And from behind the arc, Beverley was vastly better, hitting 41% of his threes and 51% from the corners, whereas Rozier shot 35% from three and 39% from the corners. I know better to assume that one good shooting season will carry over to the next (and vice-versa), but Beverley has shot at least 38% from three in each of his last three healthy seasons, and never shot under 35% in his other three. In this case, I trust his consistency.

On the flip side, Beverley doesn’t address one of the teams greatest weaknesses – finding good looks at the rim. Beverley shot 49% at the rim last season, putting him in the bottom eight percent of all combo guards. This was a career low for him, but not by much. Just 26% of his shot attempts were at the rim which is, again, low by the league’s standards, but not for Beverley’s standards. Slashing to the rim through a group of trees is hard enough – doing it as an undersized guard is nearly impossible, and almost certainly unsustainable.

My ideal Celtics off-season would involve replacing Rozier with Beverley, turning the Timelord into a Time God, and drafting whoever the draft nerds like. My gut feeling is that part of our young core will be Pelicans before long, but I’m holding onto a shred of hope that a dark horse team sweeps Anthony Davis away before it comes to that. Still, I trust Danny Ainge to do the right thing.