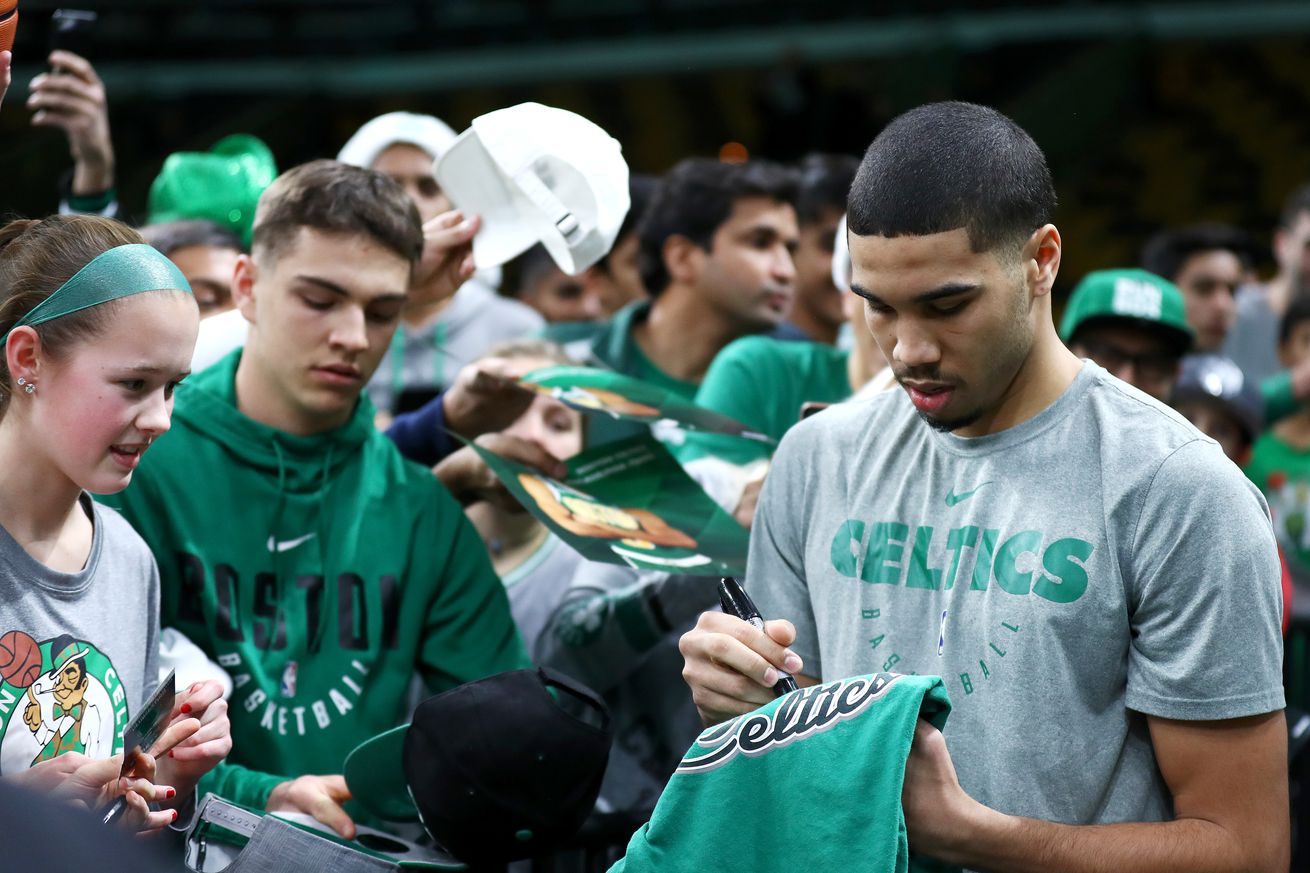 Mailbag time for the Celtics’ offseason.

Time to open up the mailbag and answer your creative questions.

Kyrie On My Hayward Son

What players do you feel will absolutely be back on this team next year? Since there could be so many moving parts via trade or free agency this summer I’d love to hear who you think we will without a doubt see in green next season.

I have no feel whatsoever for who will absolutely be back. Anyone could be back under some circumstances (even Terry Rozier) and I could see any player moved or move on. Every option is open right now.

[fake-deep-Kyrie voice] And when it boils down to it, who among us can guarantee that we will be here tomorrow, never mind next year. Think about it.

Between his shot selection and well-documented disinterest in defense during the Bucks series, do you think it is fair to say Kyrie quit on the Celtics? If so how do you justify building around that level of entitlement and if not what are those of us that feel that way missing?

“Quit” is an inflammatory accusation and I’m shocked that you would bring it up in those terms! {Note: if Kyrie leaves I’ll edit this opening sentence to agree with you completely.] Honestly, I’m not sure I’m there yet with him. Did he have a terrible Bucks series (beyond game 1). His shots weren’t falling, which for many players often translates to less energy on defense. That’s not an excuse, that’s on him. Just putting context on it. Also, he’s not the only one that didn’t perform. Still, he was the leader of this team and he gets the lion’s share of the burden and blame. How much he was mentally checked out or not we can’t tell for sure.

We’ve spent this whole off-season talking and debating about basically 2 people, Kyrie and Anthony Davis. Are their other names out there that people should consider the possibility of them coming to Boston?

We can throw names at a wall all day long and see if they stick. Mike Conley, Bradley Beal, umm… Karl Anthony-Towns? Sometimes reality is stranger than the craziest fiction that you can come up with. Just don’t be surprised if the answer is “none of the above.”

Who is more untouchable – Brown, Tatum or Smart?

Are there really varying degrees of “untouchable?” That’s kind of like saying “who’s more first?” Or “which light switch is more on?” But I digress (on purpose).

With apologies to MC Hammer, nobody is untouchable. If I were betting on who Ainge would offer up first, I’d probably say Brown, then Smart, then Tatum. But if you give up Tatum, would you rather keep Brown to preserve at least one of the phenoms, or retain Smart because you’ll clearly be in win-now mode anyway? These are difficult questions and it all depends on what else is in the trade package and how to make the salary matching work out.

If Bol Bol is there at 14 would you take a chance on drafting him? Tacko Fall is impressing people at the combine, what do you think about him?

First of all, I’ve read like 2 or 3 articles on the draft class (ok, I skimmed them) so clearly I’m a draft expert and you should go with what I say over anyone else.

So I say if the Celtics go into full rebuild mode, they should take a flyer on Bol Bol and hope that he turns into a 3 point shooting Giannis (spoiler: he won’t). Tacko is a fun sideshow that we could take in the 2nd round.

Shout out to this year’s draft for having some great names in it. Zion, Ja, Romeo, Bol Bol, Goga, Admiral, Tako, etc. Lots of great pun material to work with there.

Whose strategy from Game of Thrones will Danny steal to build the next Celtics team?

1) Cersei’s – bring in some hired guns

More importantly, do they have Chipotle in Westeros?

Again, everything is on the table. Danny has already gone the Dany route couple of times. Just ask Antoine, Paul, and Kevin. He’s also not shy about hiring sell swords, even at the expense of sacrificing loved ones (like say, the King of the Fourth). Still, I could also see him building on what we have here with some lessons learned and a different approach with most of the same cast of characters. Tune in next month to see what shocking twist awaits us next!

With all this crazy offseason talk I thought I would ask a more important question than what’s going to happen this summer.

Toyota has already managed to make a robot that can shoot hoops. Obviously it’s pretty limited at this point but everything starts somewhere. How do you see robots impacting the NBA in the future? Also if robots do take over the world as the Terminator movie predicts, do you think robots will like basketball enough to continue the NBA but only with robots instead of humans?

It always starts innocently enough. First there will be wearable tech that tracks movement and provides real time analytics, and then there will be advances in health and technology. Then we’re just a short skip and a jump to cyborgs and artificial intelligence and then of course The Singularity. It will be jarring to discover that LeBron is actually a machine sent back from the future to wreak havoc on the court and bore us with Instagram posts.

What’s a move you think could happen that no one is talking about?

I could tell you, but then we’d be talking about it, and that would make it something we are talking about, thus defeating the point.