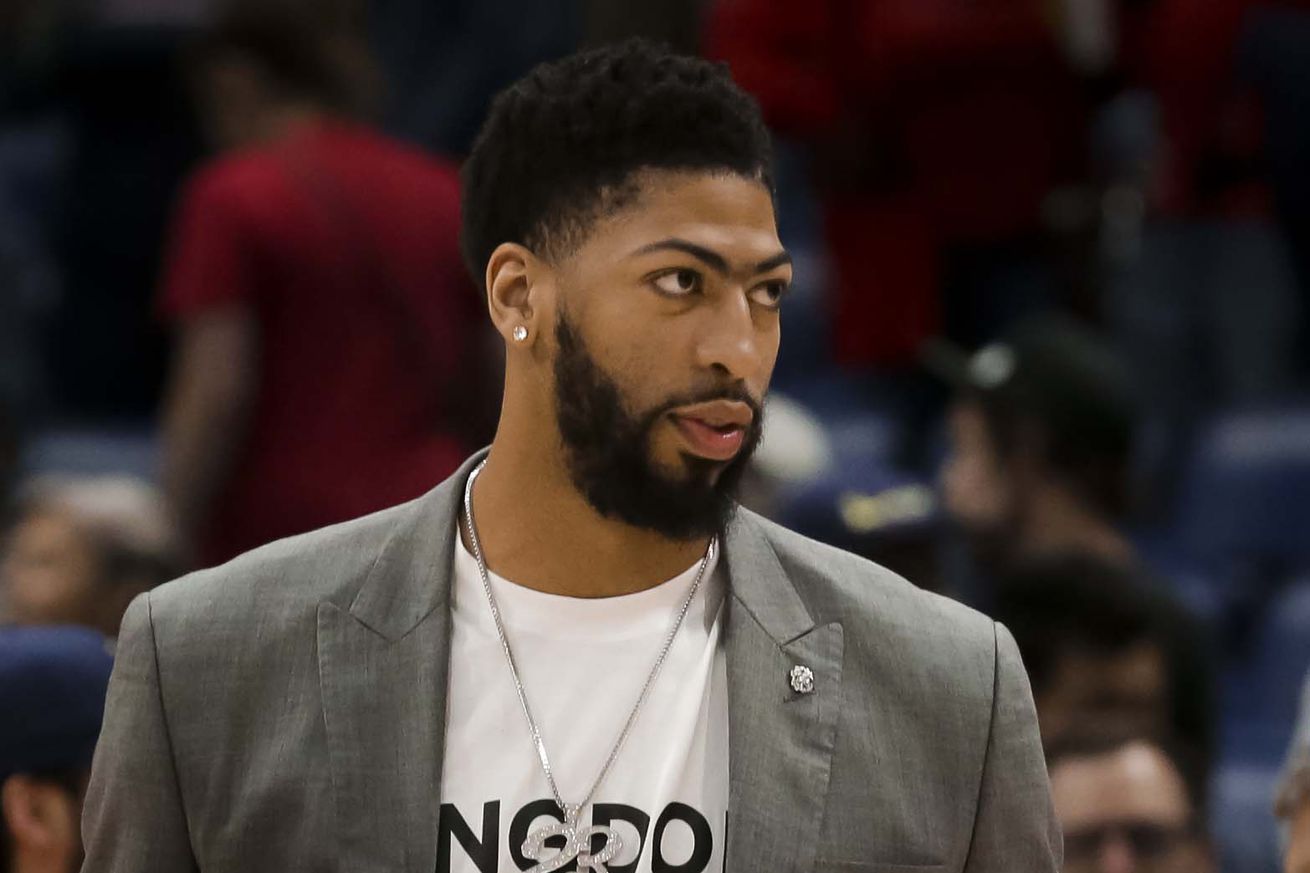 The Pelicans won the lottery, Lakers leaped up, Kyrie Irving is a free agent, and the Celtics stalled their momentum in 2018-19. Somehow, Boston still sits in position to acquire Anthony Davis when they need him most.

This season, an NBA star ripped into his teammates when the going got rough. His team slid well beneath expectations. The media clamored for answers about his future — further frustrating him.

Kyrie Irving and Anthony Davis — both lost after trying and failing to find their purpose in 2018-19 — need each other more than ever. They faced similar frustrations, while showing they’re still two of the best players in basketball. Irving posted a career season on both ends. Davis scored a career-high +8.5 box plus-minus even with occasional flops and DNP’s. The two uniting would make the Celtics substantially better, fills a vital need at center, and most importantly, shakes up a roster that should not be satisfied with the status quo.

A Davis trade almost feels too good to be true. After years of dreaming, the Celtics watched helplessly when Davis finally demanded a trade this season. Because of the Rose Rule, Irving’s contract left the Celts in a rare position without the ability to trade for him as their season progressed toward inevitable disaster. On top of that, Davis has signed with Klutch Sports and probably still wants to eventually land with the Lakers.

Draft Night appears to be a further hindrance to the Davis dream. The Pelicans landed Zion Williamson — the telecast practically skipping over the part where NOLA gets the No. 1 pick. The Lakers leaped seven spots to fourth overall to bolster a package that could include that pick, Brandon Ingram, Lonzo Ball and Kyle Kuzma.

Somehow, Davis still wants out of New Orleans. The Pelicans still want nothing to do with Los Angeles, according to Brian Windhorst. The Celtics must realize the mistake of not aggressively pursuing Kawhi Leonard, and the Davis option is the best amongst a crowd of imperfect options to respond to this last disastrous season.

Neither Irving nor Terry Rozier would return to the Celtics to a great embrace right now. Irving had an outstanding season, but capsized in the four most important games. Rozier had a lousy one. The team appears at a crossroads between its veterans and youth. The vets can leave, and the youth is not far from free agency themselves. Rozier is there, Jaylen Brown is already extension-eligible with Jayson Tatum following next year.

The Celtics don’t have to empty the deck on their youth to acquire Davis as Keith Smith explained. Trading Tatum, Brown, Guerschon Yabusele, Robert Williams and Semi Ojeleye does not match Davis’ salary. It falls short enough to craft wiggle room in another way, but the Celtics could include Marcus Smart to save the potential of Brown in Boston.

Moving Smart gets the deal done immediately. To complete the package of Tatum and Brown, Boston would need to send a draft pick 30 days when their money becomes officially tradeable.

Boston needs to decide if the current importance of Smart to the team supersedes Brown’s potential. Smart showed great leadership this year, improved his three-point shot and does not need the ball in his hands to make plays. He’s signed through 2022 for $13 million, while Brown will need a raise over $20 million as early as this summer.

The Celtics will need to trade Tatum to get it done either way. Despite his enormous potential, the odds he becomes Davis still are not great. Then you need to ask if it happens in the next two seasons, before he hits free agency. Davis gives Boston the chance to make the NBA Finals now.

Irving probably walks if they don’t do it. That may be preferable to running it back, committing $190 million to a flawed team. Al Horford may take a look at the market, too. If the Celtics retain only their young talent, their ceiling doesn’t stretch far beyond a playoff berth. They have two seasons to build around Tatum and Brown, without the assets to upgrade beyond them.

The core of Irving, Smart, Davis, Horford and Gordon Hayward instantly resets the locker room dynamic and elevates the Celtics to the level of the Bucks and Raptors. It gives them a two-way big man duo nobody in the league can match. Toronto taught the lesson of never settling in the rise to the top, they built a contending core then traded it to reach an even higher notch.

Danny Ainge is in favorable position to do so despite all that’s gone wrong. New Orleans probably prefers to move Davis east given their hesitancy to work with the Lakers. The Clippers can offer a massive package, but suddenly find themselves in the territory the Celtics once did where they’d be forced to put all their chips — Montrezl Harrell, Shai Gilgeous-Alexander and Jerome Robinson — all on the table.

Tatum, despite his sophomore struggles, is still a difficult singular prospect to top. The Celtics guarantee the deal by offering him, and give themselves some leeway to keep pieces they’ll need in their pursuit of contending. Tatum is still a mesmerizing prospect and the thought of him averaging 29 points per game next year in NOLA reasonably scares some fans. Davis himself is 25 years old.

Boston has three options: run it back, go young, or stack up with Davis. All carry risks, one has title potential. By clearing the youth, consolidating the roster to veterans and adding one of the best talents in the NBA it addresses every issue the team faced. It makes the team worth watching again. It gives Boston the chance to do what the Raptors did.