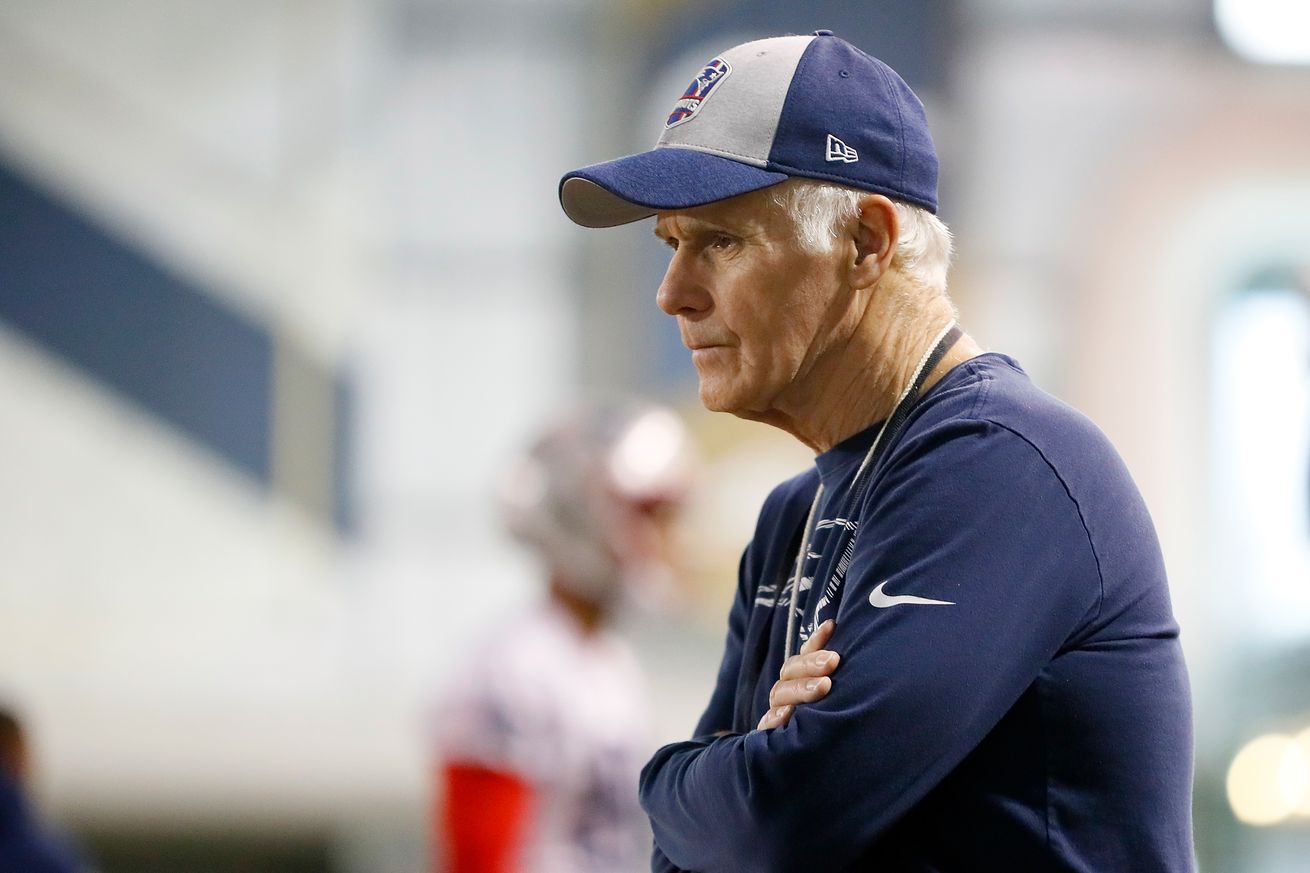 When Dante Scarnecchia entered the NFL for the first time, Joe Montana was the reigning Super Bowl MVP and the Colts were still playing in Baltimore. The year was 1982, and with the exception of a de facto two-year sabbatical from 2014 to 2015, Scarnecchia has been around ever since. And the vast majority of his time in the NFL was spent with one team: the New England Patriots, for whom he coached in 33 of his 35 seasons in the league.

Entering year number 36 and the fourth since returning from his short-lived retirement, Scarnecchia still appears to be going strong. When listening to him speak about his craft and the challenges that await both himself and his players, one gets the impression that the 71-year-old still thoroughly enjoys what he does — and that his enthusiasm to go through the grind yet again has not changed throughout the years.

“Good. Yeah, good,” the soft-spoken Scarnecchia said ahead of the Patriots’ organized team activities when asked about his feelings regarding his return for another year with the Patriots. A teacher at heart — he holds a master’s degree in physical education from U.S. International — Scarnecchia seems particularly thrilled about the outlook of getting some new and young players up to speed through the team’s offseason program.

“I love it, I really do,” said Scarnecchia before adding that the process differs fundamentally when working with rookies compared to experienced players who have been around the Patriots or at least in the NFL before. “It’s like night and day [but] the thing about it is, they’re all willing, they all want to do well. I really like it. I like teaching the game and these guys are responsive, and that’s all you can ask.”

Scarnecchia has an intriguing mix of veterans and rookies to work with this season, and he certainly seems to embrace the competition that this creates. “I love it, I really do. I think it’s great,” he said. And even though four of the five starting spots are locked up — all except left tackle; a vacancy that is ultimately expected to be filled by 2018 first-round draft pick Isaiah Wynn — there will be plenty of position battles moving forward in regards to backup roster and practice squad spots.

“What’s most important is that we give everybody a chance to make the team; that we coach everybody; that we demand the same of the guys that have been here and the guys that just got here,” Scarnecchia continued when speaking about the competition that will take place along the offensive line over the course of the summer. “There’s no sacred cows. We got a lot of things that we need to get better at, a lot of things that we need to improve upon, and I like that. I like that challenge.”

One of the biggest challenges for the most experienced assistant coach on New England’s staff this offseason will be to find a capable trio of offensive tackles. “We only go into the game with seven guys, so we need three tackles. All that will manifest itself going forward,” said Scarnecchia. “Other than Marcus [Cannon], we don’t know who the other two will be [but] we’ll have three when we go there.”

Cannon is the starter at right tackle, with Wynn the favorite to earn the starting spot on the opposite side of him — depending on the second-year man’s recovery from a torn Achilles tendon, of course. The backup swing tackle, meanwhile, will likely be third-round rookie Yodny Cajuste, who himself is currently rehabbing form a quad injury that required surgery and forced the West Virginia product to sit out the scouting combine.

The picture, as Scarnecchia said, will become clearer over the next few weeks and months. One thing is certain, however: the Patriots will once again field one of the NFL’s premier offensive lines, in large parts because of the coach working with it. And heading into his 36th year in the NFL, that coach seems to be as ready and motivated as he has ever been.