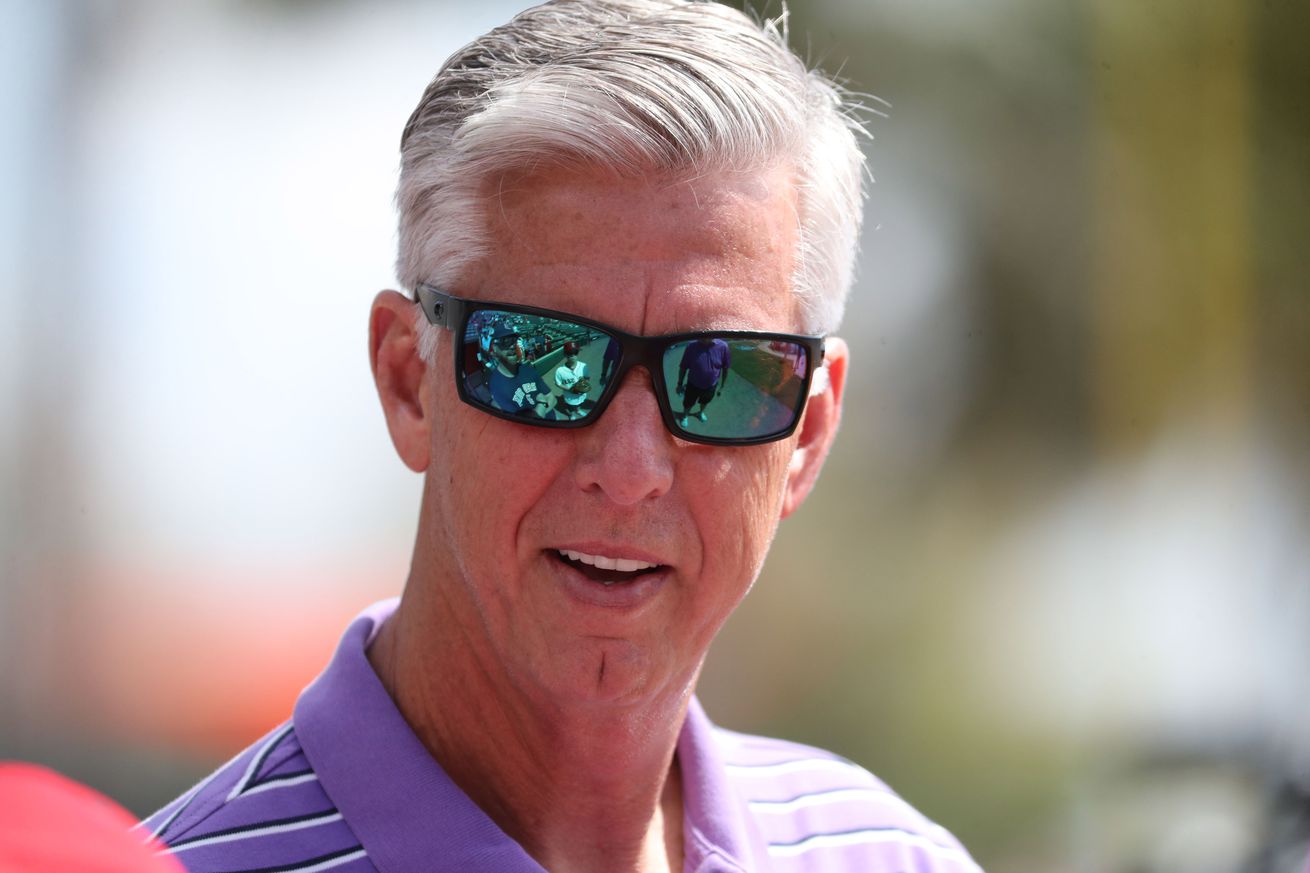 A potential college arm for the Red Sox at pick 43.

The draft is somehow under a week away, and it’s arriving with little-to-no fanfare in the Red Sox market, albeit for an understandable reason. As most know by now, after exceeding the luxury tax threshold by over $40 million last season — totally worth it, of course — they watch their top draft pick fall down ten spots into the second round at number 43 overall. They will also be picking in the number 69 spot towards the end of the first day of the draft.

There is still talent available at the spots the Red Sox will be picking, of course, as every year top MLB talent emerges that was once a later pick in the draft, even much later than where Boston will make their first selection. At this time, though, it makes it harder for fans to get excited as the top prospects aren’t going to be available at this time. Hell, it’s hard to even get a real feel for who will be at the top of boards around this pick as pretty much every mock draft stops about ten selections before the Red Sox make their first.

Even so, we are going to spend the time leading up to Monday’s Day One of the draft looking at guys the Red Sox could potentially target on that first day. Jake got us started on Monday with a look at high school infielder Gunnar Henderson. Today, I’m going to change paths and look at a college pitcher by the name of Drey Jameson.

Beyond just not being able to select a player until the 43rd pick, the biggest reason the drop in draft slot could and will hurt the Red Sox is that they have a little less money to play with to sign their entire class. The difference in slot value between the 33rd pick and the 43rd pick this year is $472,400, which is a little more than the excess cap space they needed to sign Nicholas Northcut in the 11th round last year. It’s not a devastating amount to lose, but it’s certainly not nothing.

With that in mind, I think it will probably make some sense for the Red Sox to look more closely at college players with their first selection insofar as they’ll really have eyes on anything beyond the best available player. College players, of course, are more likely to take a deal below slot value, allowing the team to take higher upside players with signability concerns later in the draft. It’s hard to know from the outside what it would take to sign certainly players, and that’s particularly true for a player like Jameson.

The college righty is not exactly the kind of profile that will make fans drool, and doesn’t come from a big-name program. Jameson is a small righty that pitches for Ball State, and he’s ranked number 52 on Baseball America’s pre-draft top 500 prospect list. The issue in terms of potentially getting him on a below-slot deal is that he’s a draft-eligible sophomore (a la Andrew Benintendi a few years ago), so he has a little more leverage than your typical college player. There’s also some risk in his profile, however, as we’ll get to later and that could make him seriously consider taking the first attractive offer he gets, even if it’s not slot value.

Jameson in some ways fits the mold of recent Red Sox draft selections, though not entirely. He’s not a big, fire-balling righty like someone along the lines of Tanner Houck, but he is a current starter who many could see as a reliever at some point down the road. As we talked about last week when looking at past college pitchers selected over the last few years, the Red Sox aren’t afraid of that profile and possibly even embrace it. They clearly see some sort of undervaluing of relief profiles around the league.

Jameson gets the potential reliever tag largely because of his size, as he’s currently listed at 6’1”, 165 pounds. In that small frame there’s a fairly electric arm, though, with his fastball getting all the way up to 97, according to Baseball America, and generally sitting in the 93-95 range as a starter. Presumably, it could play up in shorter stints if it came to that. The knock on his fastball has been his control, but he pairs it with a slider that allows him to hide that issue at times. The fastball/slider combination is one that would obviously play extremely well in a modern relief role, but Baseball American actually notes his changeup could be his best secondary offering. They say it has flashed plus, though there are real consistency issues with the pitch as well.

If he can develop that changeup into a consistent weapon, there’s a chance the Red Sox would have a legitimate starter to develop here. Of course, even with the three pitches his small frame would have a challenge in holding up over a full professional season. That’s why Travis Lakins is in a relief role, for example. Either way, the Red Sox aren’t going to find a perfect talent at this spot in the draft, and Jameson makes sense given their spot and their history. He provides upside as a potential starter with a high ceiling in a relief role if it comes to that, the kind of profile the Red Sox have gravitated towards in recent drafts. There’s also the possibility he helps them save a little money for picks later on, and that’s the kind of maneuvering that could pay dividends down the road.