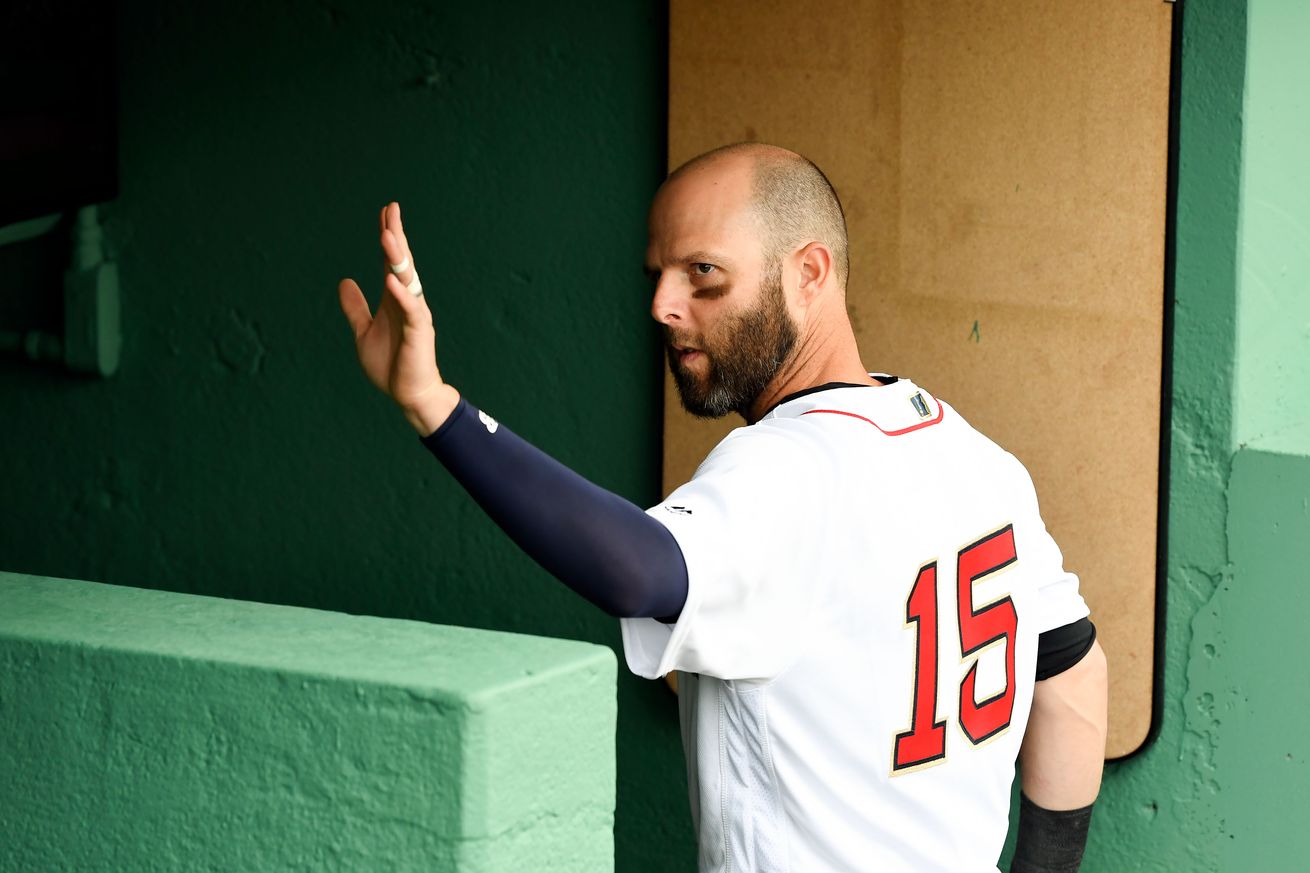 Stop pushing him out the door.

I’ve talked about this before, mainly back in 2017 on the ten-year anniversary, but the 2007 World Series championship Red Sox team holds a big place in my heart. Part of it was just that they won the damn World Series, and that’s pretty neat. It’s more than that, though, because 2007 was a big year for me on a personal level, particularly the fall of that year. That was the fall I started my junior year of high school, which is when I first started thinking about college and the rest of my life. It was the fall I got my driver’s license, which was a huge deal to me. It was the fall I started dating the girl who would be my first serious girlfriend. It was the fall a friend of mine took his own life, my first real experience with grief. To put it more concisely, it was the fall I started to grow up, not exactly becoming an adult but starting to become less of a kid.

That year, and that fall in particular, was such a big part of my life and the Red Sox are and always have been such a big part of my life that it only makes sense for the championship team from that fall is one that sticks out above the rest for me. That roster was loaded up-and-down and ran the table as the league’s best pretty much all year, but even then Dustin Pedroia stood out on that roster. He wasn’t the best player, but he was the most confounding as the small-in-stature infielder who struggled the year before and to start that year, leading to many to call for his benching. Of course, he went on to win the Rookie of the Year that year and the MVP the following year, and the rest is history. His career has been an epic of a story, with his heart and grit and determination and whatever else you want to call it often overshadowing the fact that the dude is straight-up talented. The rest is there, but he’s also and incredible baseball player. It really got started in that summer and fall of 2007, meaning Pedroia has been sort of the definitive Red Sox player of my adult life.

His career has meant a lot to me and following it has been something special, and that’s certainly true for a lot of people. I am in no way unique in this respect. That said, this is not a career retrospective on him, because we don’t really know what’s going on with his career. Neither does Pedroia, as you’ve surely heard by now about his press conference on Monday in which he announced the step back he was taking from the game. Most ominously, when he was asked about playing again he responded with a simple “I’m not sure.”

Of course, all of this has brought out what’s been the worst part of this 2019 season — worse than watching that west coast trip and worse than watching Jackie Bradley Jr.’s early-season struggles and worse than any other disappointments. It’s brought out the Dustin Pedroia Discourse, which is a thing I hated typing but am not sure what else to call it. However you want to refer to it, it’s been terrible. Basically, it is that phenomenon where whenever you find anyone anywhere talking about Dustin Pedroia there is someone else eager to jump in with an angry “Time to hang it up!” or something along those lines. It is always with a smug attitude to suggest Pedroia owes it to anyone to give up on what he’s done his entire life. I should be clear that this is a loud, vocal minority and most Red Sox fans aren’t this way, but it’s also an inescapable and frustrating group.

It should be clear that Pedroia doesn’t owe anyone — least of all fans — anything in this regard. If anyone has earned the right to go out on his own accord, it’s Dustin Pedroia. He certainly should not be concerned about how his contract affects the Red Sox. No player ever should be, to be honest, but it’s particularly true for Pedroia who played for well below market value in his best years and agreed to this contract extension at a time when he left at least $50 million on the table, and likely more than that. To suggest he owes this team anything financially is ignorant and asinine.

Pedroia is, ultimately, royalty in the context of franchise history, and the way the last few years have gone is surely more frustrating to him than anyone else. Remember, we’re talking about a guy who used to look out his window across the street from Fenway Park to see when things opened up so he could get to work. He lives and breathes baseball, and it’s clearly killing him that he can’t get out there. That’s why he keeps trying, and it’s why I suspect he’ll give it one more shot after this. Do I think that will work? Probably not. Do I think he deserves the chance to try as many more times as he wants? Absolutely. Pedroia has been a defining athlete in my life and a defining player in a golden age of this franchise’s history. Too many people are all too eager to push him out the door, and it’s becoming draining and obnoxious and most of all it’s a poor reflection on the Red Sox fan base. Pedroia can and will decide on his own when his career is over, and he doesn’t need your help.

Over The Monster https://www.overthemonster.com/2019/5/28/18642277/dustin-pedroia-injury-knee-press-conference-retirement
Categories: Sports