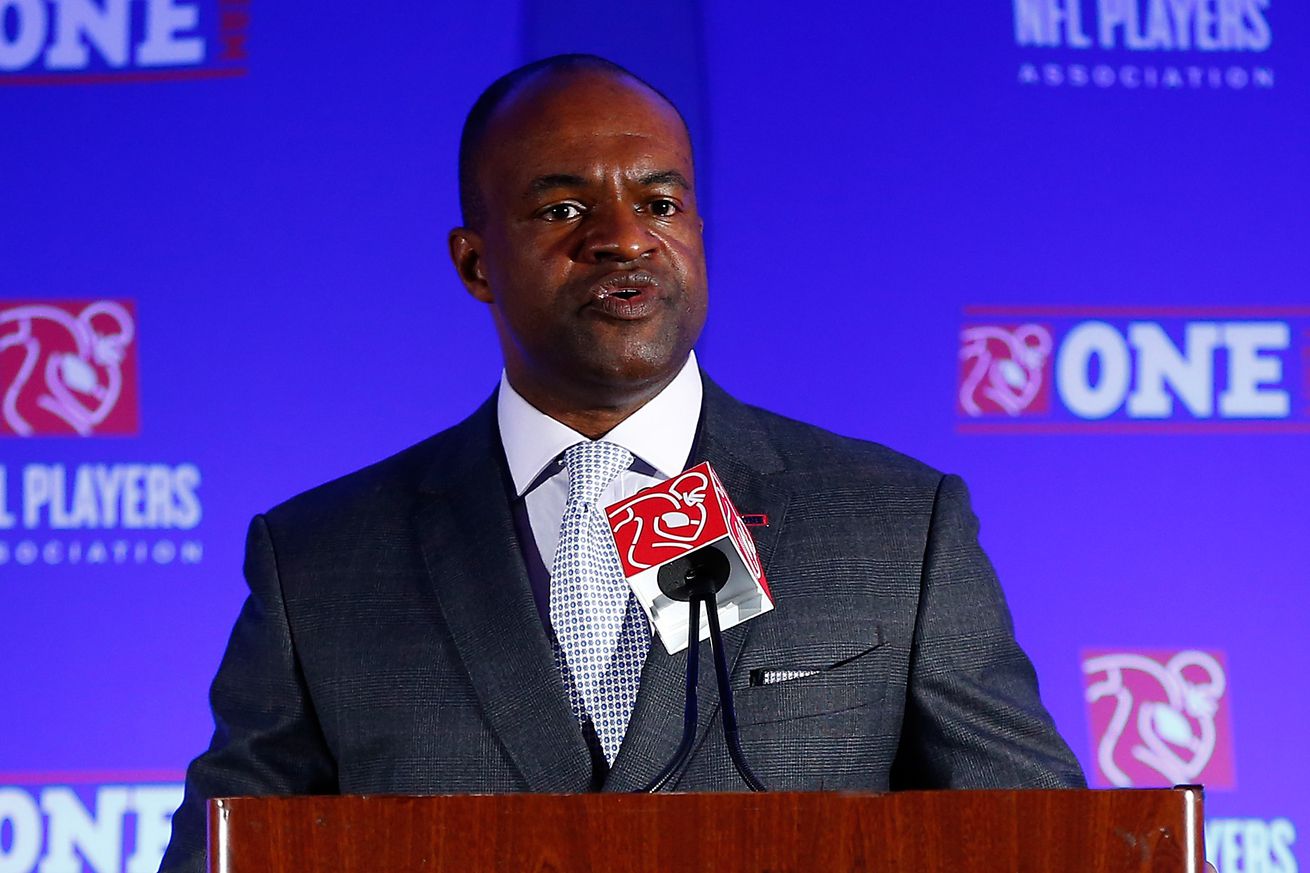 The NFLPA’s Executive Director is battening down the hatches — at least publicly.

According to Sports Business Journal’s Liz Mullen, NFLPA Executive Director DeMaurice Smith sent an email to every agent in the league this morning advising them to prepare for a work stoppage of “at least a year”.

NFLPA Exec Dir De Smith sent an email out to all NFL agents this morning, advising them to urge player clients to save money in the event of a work stoppage.
“We are advising players to plan for a work stoppage of at least a year in length,” the letter states.
More in SBD.

This news comes as the first public sign of wagon circling since the NFL and NFLPA reportedly began negotiations in Minnesota last month.

With a prolonged work stoppage as the NFLPA’s only true leverage, and neither side speaking beyond public platitudes about the state of negotiations, it was only a matter of time before Smith made ripples on the public relations pond. With revenues topping $15 billion, more lucrative digital rights deals on the horizon, and a litany of on-field and off-field issues to be ironed out, a public puffing-out of the NFLPA’s chest was long overdue, and the first affirmation from Smith that he will, as expected, exhaust every ounce of leverage available to him.

However, there is some vaguely positive news with regard to talks between the two sides. Without going as far as John Clayton’s Washington Post report from March that a new CBA could be inked early — a New York Times report from this morning did convey that both sides feel the chasms of disagreement are much smaller and easy to traverse — thanks to the aforementioned revenue figures and the quickly-rising salary cap — than the ones that existed prior to the negotiations leading to the deal currently in place.