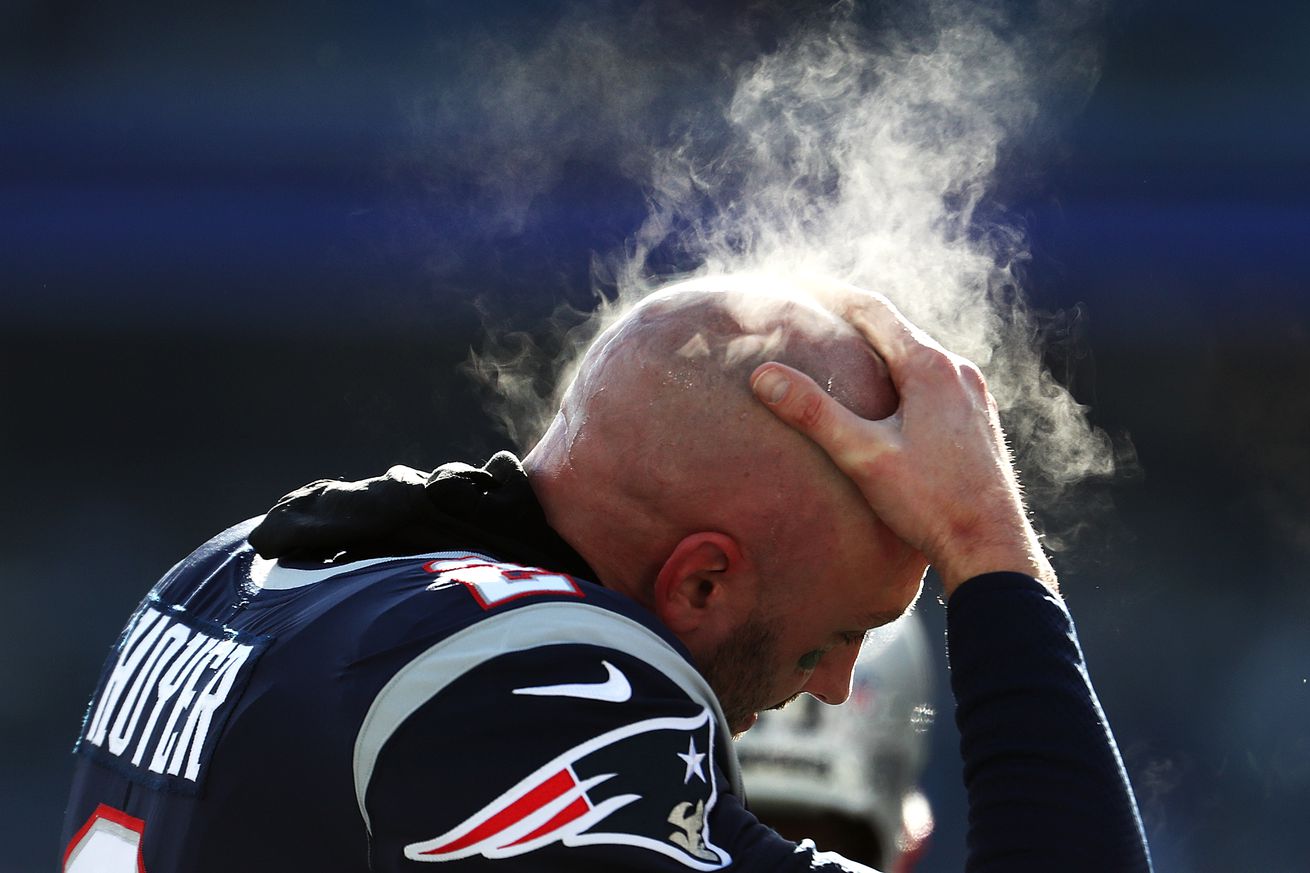 The veteran backup will face some competition this year.

2018 review: After fending off rookie competitor Danny Etling over the course of training camp and the preseason, Brian Hoyer earned the top backup quarterback spot behind Tom Brady for another year (the fifth in total). And with the future Hall of Famer having another very good season en route to leading the Patriots to a world championship, there was little playing time for the number two to be had.

All in all, Hoyer appeared in just five of New England’s nineteen total games last year and was on the field for a combined 27 snaps. The veteran backup mostly had to do just one thing when he actually entered a contest: kneel down to close it out. Hoyer’s final 2018 stat-line therefore includes 11 rushing attempts for a grand total of -8 yards. He did also attempt a pair of passes, though, one of which was completed for a gain of 7 yards.

But despite his quasi non-existent statistical impact, Hoyer’s value to the team cannot be underestimated — and it goes beyond backing up Brady. As New England’s number two quarterback, he also played a key role in running the scout team offense and helping the defense prepare for upcoming opponents. As a result, the 33-year-old was named as one of the practice players of the week a combined four times.

2019 preview: With Brady the Patriots’ undisputed starter, Hoyer enters preparations for the 2019 season as the team’s number two quarterback. However, just like last year, his spot on the team is not uncontested. Not only is second-year man Danny Etling again a challenger for practice reps and playing time, the club also added Auburn’s Jarrett Stidham in the fourth-round of the draft.

Stidham will be on the team come September due to his draft status, while Etling needs to fight for a roster spot alongside him. However, the number two gig still appears to be Hoyer’s to lose as things stand right now. After all, he offers the experience within the Patriots’ system both youngsters lack and — despite the drop-off in quality — could step in immediately to take over for Brady if the worst case scenario takes place.

And while his days on the team seem to be numbered beyond 2019 due to the addition of Stidham earlier this offseason, Hoyer still has value to the team as one of the better depth quarterbacks in the NFL. Furthermore, his salary cap hit of $3.0 million also is reasonable for what he offers: a veteran presence at the game’s most important position that can also help groom Stidham and Etling, as well as the young wide receivers on the team.

All in all, it seems likely that Hoyer will spend another year with the Patriots and one more season sitting behind the greatest quarterback of all time. The only realistic non-injury scenario in which that does not happen is if Stidham picks up the scheme quickly and makes the veteran expendable either through a cut or a trade.