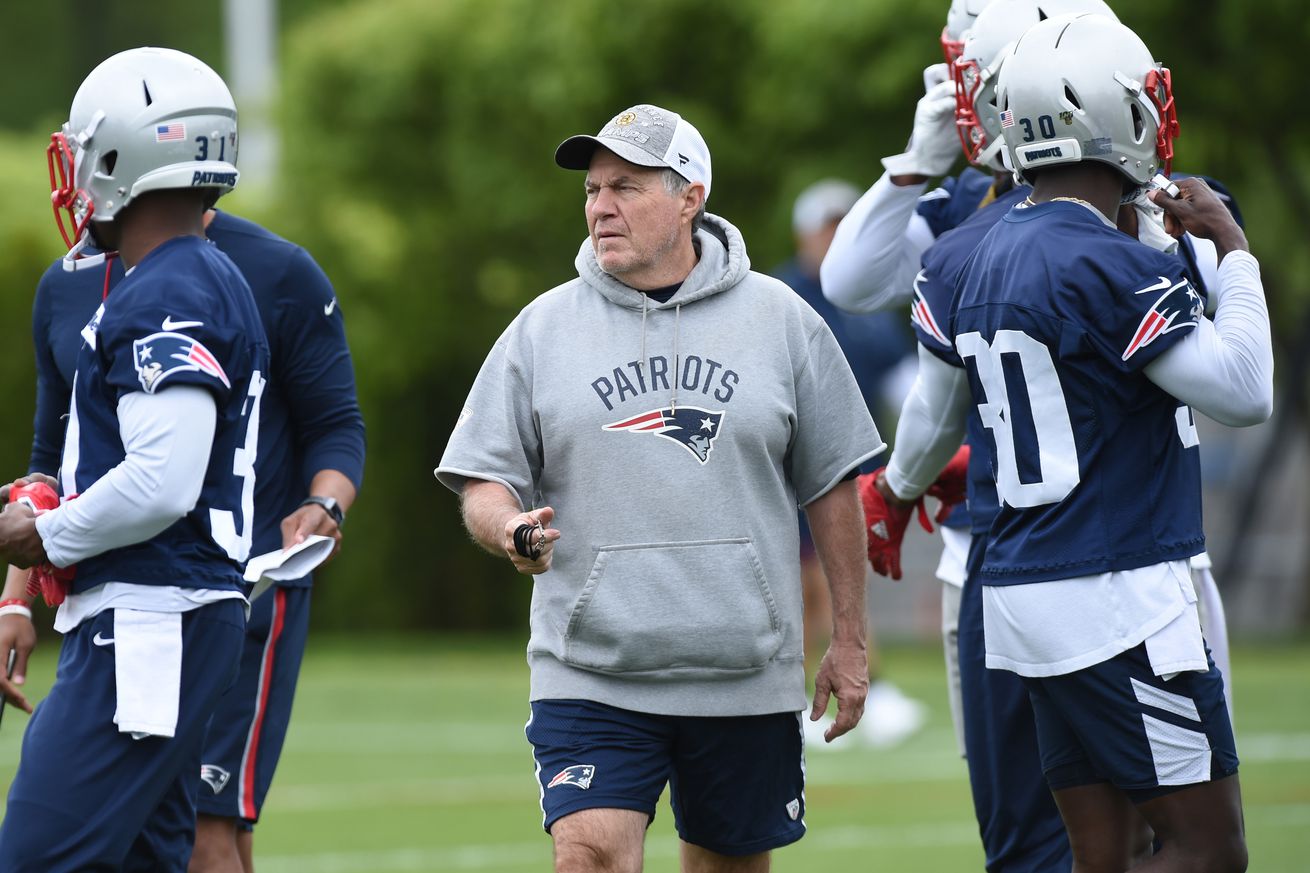 New England returns to the practice fields this week.

After taking the Memorial Weekend off, the New England Patriots will soon return to work: the second week of organized team activities is just around the corner and the team will hold two practice sessions over the course of the week. It will be the fourth and fifth workouts of this year’s OTA cycle, and the last before the team’s mandatory minicamp opens next week.

Let’s start by taking a look at the schedule for the next few days:

Wednesday, May 29: practice (closed to the media)

Thursday, May 30: practice (closed to the media)

OTA workouts are the third phase of the voluntary offseason workout program. And while New England typically has very good attendance, the team had a long list of absentees during the only practice open to the media so far: a total of fourteen players were not spotted, including quarterback Tom Brady, running back Sony Michel, offensive tackle Isaiah Wynn, and linebacker Kyle Van Noy.

Brady, of course, is skipping the voluntary portion of offseason workouts for the second year in a row, as is his right under the collective bargaining agreement. He should therefore not be expected to return this week either. He will, however, be back on the practice fields next week when New England opens its three-day mandatory minicamp on June 4. Until then, the depth options at quarterback will continue to see quality reps.

Other players who are again expected to see plenty of action are first-round rookie N’Keal Harry, who was targeted a team-high ten times during team drills last Thursday, and last week’s standouts: cornerbacks J.C. Jackson and Joejuan Williams, and tight ends Benjamin Watson and Matt LaCosse. But all men present will of course get their chances during the non-contact sessions, which are mainly focused on teaching and installing early schematic concepts.