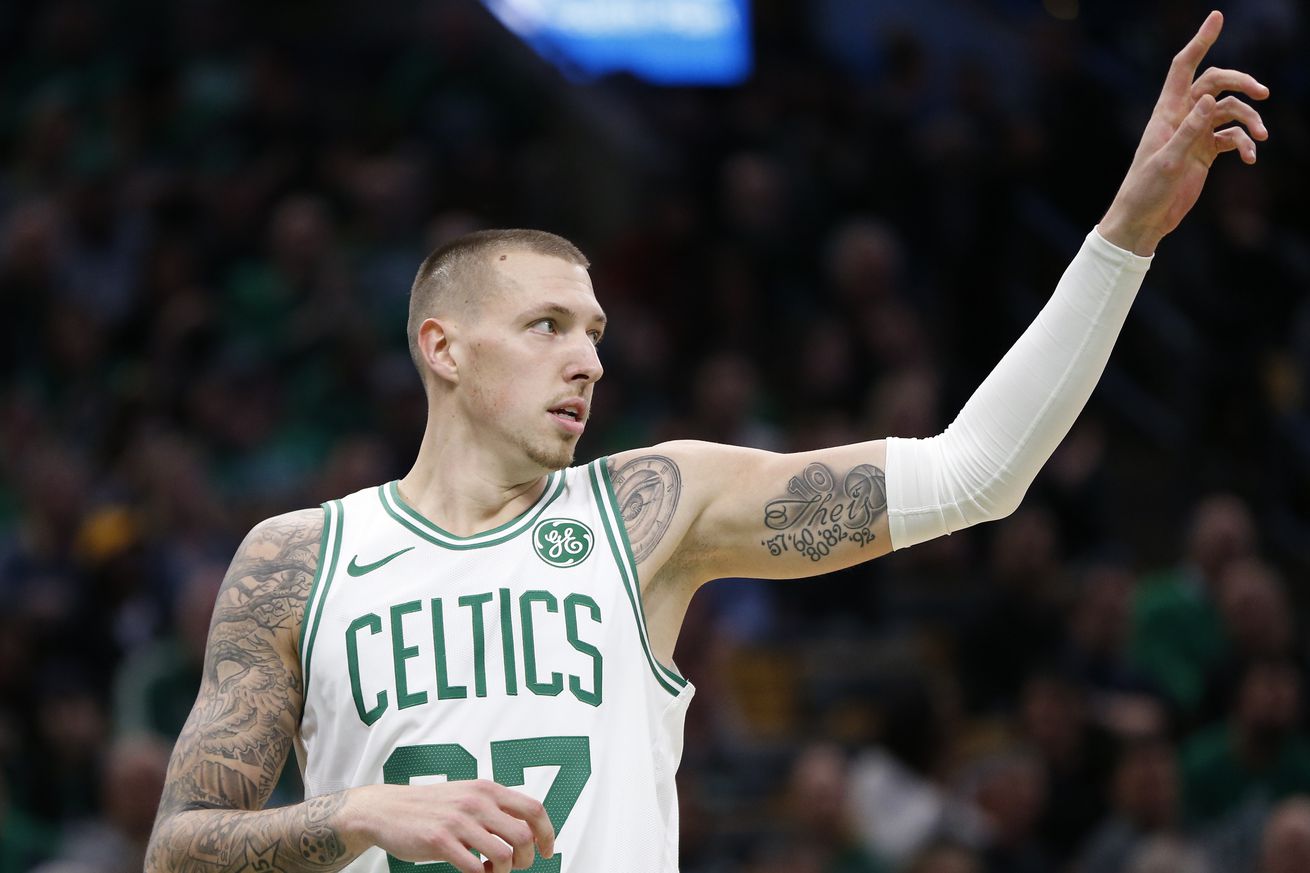 The Boston Celtics big man saw his role reduced in 2018-19 and heads into the summer as a free agent.

Daniel Theis entered the 2018-19 season with fairly low expectations. The German big man was meant to spend a significant portion of his sophomore year regaining his form after suffering a season-ending meniscus tear during his rookie campaign.

Boston eased Theis back into game action accordingly, and he ultimately proved to be essentially the same player he was a year prior, putting together nearly identical box score stats to those he posted in his inaugural season. Theis’ advanced metrics suggest a slight improvement that the stagnancy of his raw production belies.

The Celtics outscored opponents by 5.9 points per 100 possessions when Theis was on the court, a four point increase from the 1.9 point per 100 possessions margin they posted in his minutes during the 2017-18 season, per Cleaning the Glass. And yet, Theis’ presence on Boston’s roster seemed distinctly less noticeable and important.

Theis had worked himself up into a role as a key cog in the Celtics’ system before his injury, a position on the team he never quite reclaimed. Boston’s roster was overcrowded with talented players this year, with Kyrie Irving and Gordon Hayward on the mend. The Celtics turned to Aron Baynes as their first big off the bench (and eventual starter), and opted to go small with Marcus Morris, Gordon Hayward, or Jayson Tatum filling the nominal power forward spot more often than they relied on Theis.

Head coach Brad Stevens was walking something of a tight rope as he attempted to distribute minutes across a roster full of deserving options. He was right to prioritize small ball experimentation. The Celtics hopes of reaching their ceiling were always tied to how healthy an ecosystem they could create for their cadre of talented wings. That meant sacrificing minutes that could have gone to traditional bigs.

Theis is a nice bench player – a hard worker who always knows where he should be – but he’s not gifted enough to demand playing time. He’s a hair too light to hang with the league’s biggest post behemoths and a step too slow to defend in switches against its quickest guards.

Theis’ smarts are his biggest assets, and he has just enough athleticism to apply them effectively. Take away even 10% of his mobility or leaping ability, and he’ll simply collect fouls or find himself on the unfortunate end of highlight plays. That seemed to be the case more often this year than last.

Perhaps that’s the result of his ongoing recovery from injury. Maybe it’s just this particular observer bending his memory to fit a neatly constructed narrative. Regardless of the true underpinnings of how it happened, Theis was relegated to a less substantive role. From the halfway point of last season to his final game before being shut down for the year, Theis played more than 15 minutes in 18 of 26 games. He hit that threshold in just 9 of Boston’s final 26 this year.

Such is life for a role player on a good team.

There may be hope for more minutes on the horizon. The Celtics are about to embark on an interesting off-season. The likelihood of Kyrie Irving, Al Horford, Marcus Morris, Aron Baynes, and Terry Rozier – all of whom are fellow free agents – returning to Boston this summer is low. A few departures could free up a more significant role in the Celtics rotation.

Boston would be wise to consider filling it with Theis. The rangy big man improved his range significantly this year, finishing the season shooting a very healthy 38.8% from beyond the arc. If Theis can regain a half step another year removed from surgery, he’ll have a baseline of skills that is exceptionally intriguing: decent foot speed, a strong motor, great feel for the game, and enough of a jumper to keep teams honest.

None of those skills will hold up against the best-of-the-best, but against 75% of teams and their second units, Theis is an incredibly useful player. If the Celtics can ink him to reasonable deal, then they absolutely should, particularly in light of the fact that they’re unlikely to have the cap space to bring in a better alternative.

This all presumes Theis wants to stay. He may have suitors elsewhere, or even designs to return home to Germany to play a more central role for a team. Should he remain in Boston, the Celtics will benefit from having him. Theis is a low usage option, a player that doesn’t require touches and shots to provide value on a roster full of them. If he’s 100% healthy next year, there’s a lot to like about a potential return to Boston.