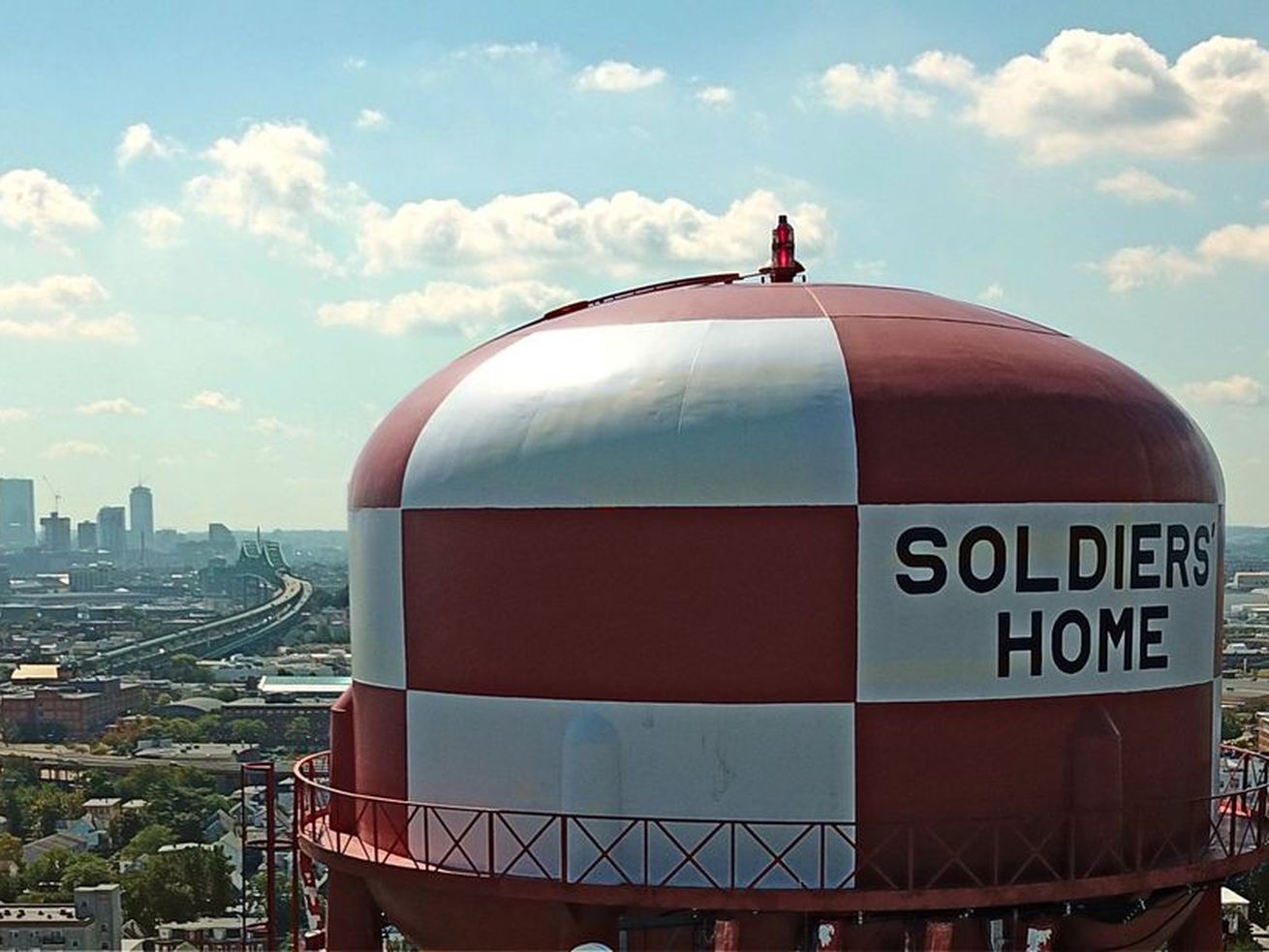 As expected, the state-run Soldiers’ Home in Chelsea took down its 145-foot water tower to make way for a new longterm care facility for up to 154 veterans.

That Crest Avenue facility, the Community Living Center, is expected to open in 2022, replacing the current longterm care facility. The red-and-white-checkered tower that went up in 1958 had to go first. It came down in seconds during a controlled demolition on the afternoon of May 28, per the Globe.

It had been decommissioned in October 2011, when the Soldiers’ Home activated a pump station.

The institution had considered incorporating the water tower into its plans, but it was reportedly not feasible. Instead, a spokeswoman for the complex told the Globe it looked forward “to memorializing this piece of history in the upcoming construction project.”

Whatever its functionality—or lack thereof—the tower had long served as a literal local landmark that signaled to Chelsea residents and other commuters that they were passing in and out of the northern Boston neighbor.