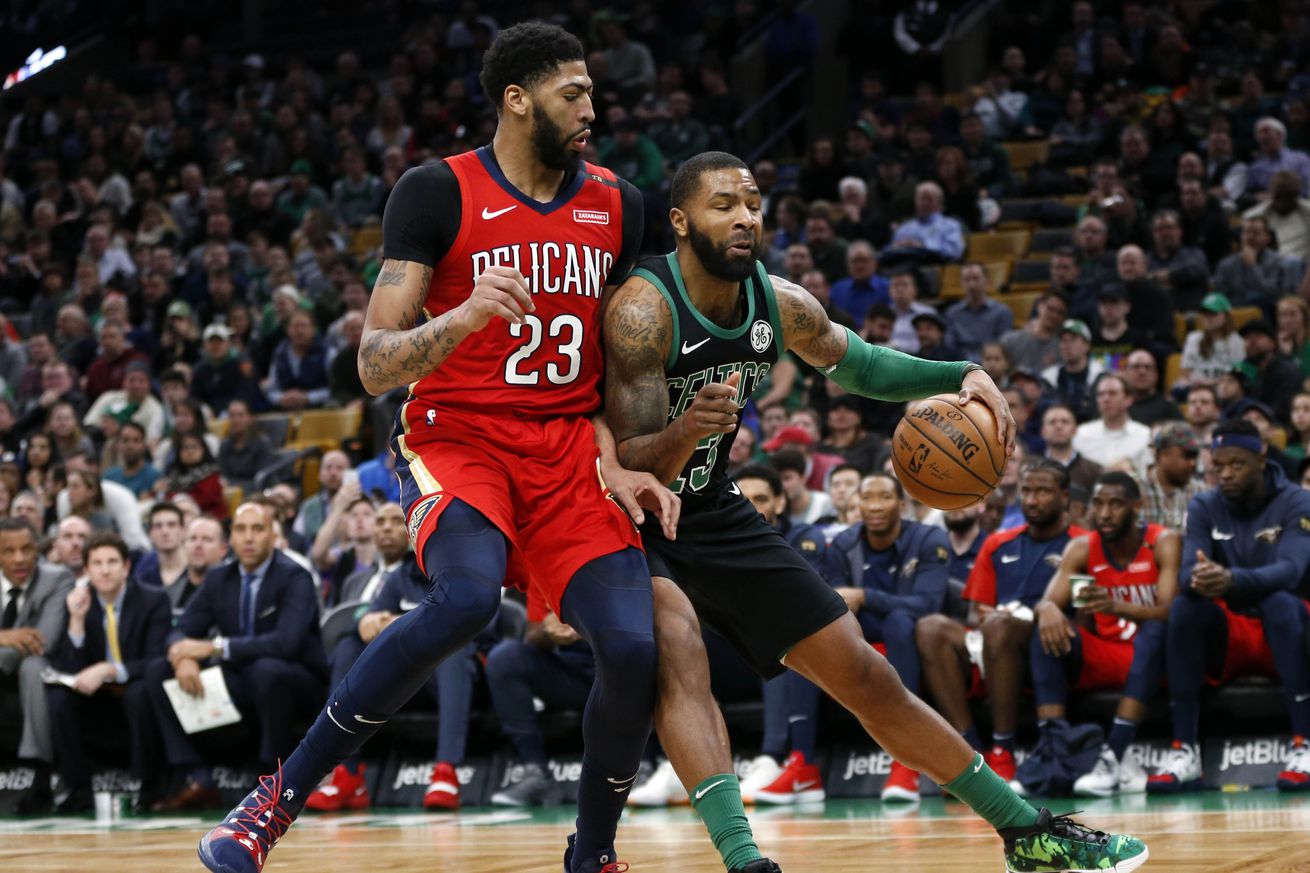 Shams Charania reported that David Griffin’s ongoing efforts to convince Davis to stay in NOLA have not succeeded.

David Griffin did not have much hope to sell Anthony Davis when the Pelicans hired him as general manager in April. He left his short stint in broadcasting with a bold goal: convince Davis to stay in New Orleans after two playoff berths in seven seasons.

He could not have done much better heading into his highly-touted Wednesday meeting with Davis. The NBA Lottery awarded New Orleans Zion Williamson — perhaps the highest-touted draft prospect since Davis himself. It didn’t work, for now. Shams Charania confirmed rumors following that lottery that Davis still wanted out.

Talks will continue between the two sides, per Charania and Adrian Wojnarowski. Davis’ agent Rich Paul benefits from Davis joining LeBron James in Los Angeles. The Pelicans did not want to condone that scenario under GM Jeff Demps. That reportedly stemmed from a higher office. Griffin has not engaged the Lakers yet, nor has he talked to any team according to Wojnarowski, as he conducts his effort to keep Davis.

Davis is a free agent following 2019-20, so he has little pull. Keeping him through a trade request could cost the team an opportunity to rebuild. He also played 15 games and missed 12 after his trade request that garnered a fine from the NBA. That included a rare three-point performance in a 30-point loss.

The Lakers could maintain cap space by signing more one-year deals. That would essentially sacrifice the second of three seasons with LeBron James. Davis requested a trade in January after signing with Klutch Sports in September. The pair of moves drew speculation that he preferred to join LA, which the NBA followed up with a fine. He denied speculation that the Celtics were not on his list in February. They could not trade for Davis because of Kyrie Irving’s contract last season.

Now it’s uncertain if he will return. As Irving said, we won’t be able to ask him until July 1.

The Celtics could make their move for Davis on draft night regardless, while inheriting the uncertainty of his contract season. They’d also sacrifice top prospects like Jayson Tatum, Jaylen Brown, or both. The Bird Writes recently proposed a deal that included both and Marcus Smart.

Davis could play a role in convincing Irving to return. Any amount of certainty the Celtics could garner behind the scenes would be a huge plus. Though the scenarios where the Celtics lose everybody and don’t acquire Davis are scary.

A preview of my Doomsday Celtics starting lineup:

This scenario gets weird fast. https://t.co/o3RBbBJgHw

The Celtics have dreamed of Davis for years, as I wrote this week. They’ve acquired the pieces to get him. Every path is a risk, but Davis’ talent provides a sure shot of contending in the east for at least one season.

Unfortunately for Boston, other teams that could pursue Irving, like the Clippers, Nets and Knicks also have a chance to surpass the C’s offer if Boston hesitates to unload all its assets. Danny Ainge also needs to toe the line of treating his young players like just that, as we learned with the Lakers’ debacle this year.

The NBA Draft is three weeks from tomorrow. The Celtics own the 14th, 20th and 22nd pick and Memphis’ top-6 protected selection next season.