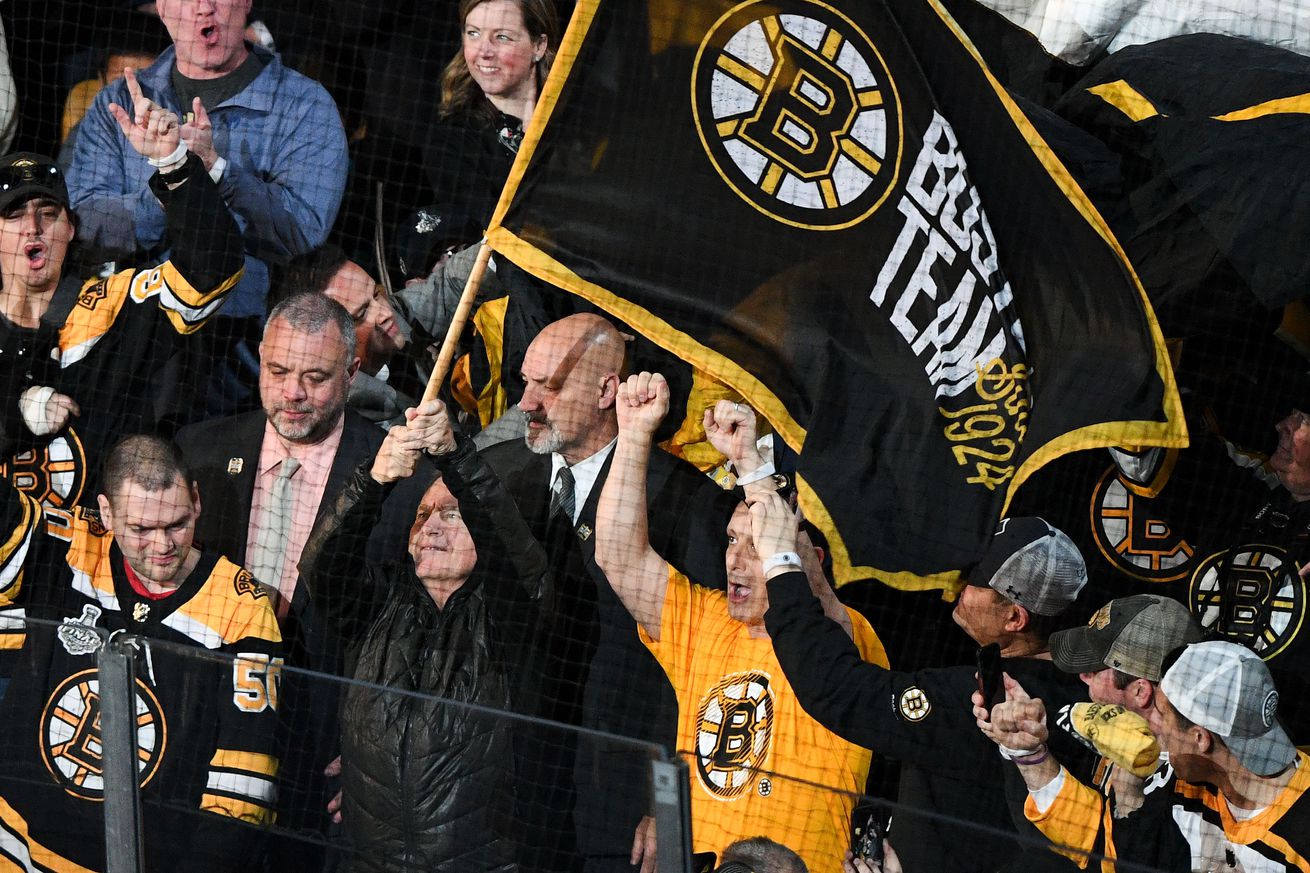 Belichick is showing support for the Bruins

All of the professional sports teams in New England have a close relationship with each other. It is therefore no surprise to see Patriots head coach Bill Belichick in attendance for the Boston Bruins’ second Stanley Cup game against the St. Louis Blues — and not just that: the NFL’s best coach also received the honor of serving as the club’s latest banner captain.

By the looks of it, Belichick enjoyed waving the Bruins flag to get the crowd fired up for game number two of the finals:

Belichick is not the first member of the Patriots organization to serve as banner captain before a Bruins playoff game. Super Bowl MVP Julian Edelman and starting center/team captain David Andrews also were previously tasked with waving the flag during the team’s recent postseason run. Now Belichick is the latest man to get the job done, but possibly not the last one.

While the club could win the Stanley Cup in four games and therefore capture the trophy in St. Louis — the team already won the first contest against the Blues — it would not be surprising to see the best-of-seven series return to Boston on June 6 or maybe even for a final game on June 12. And if that is the case, don’t bet against Tom Brady appearing as a banner captain.