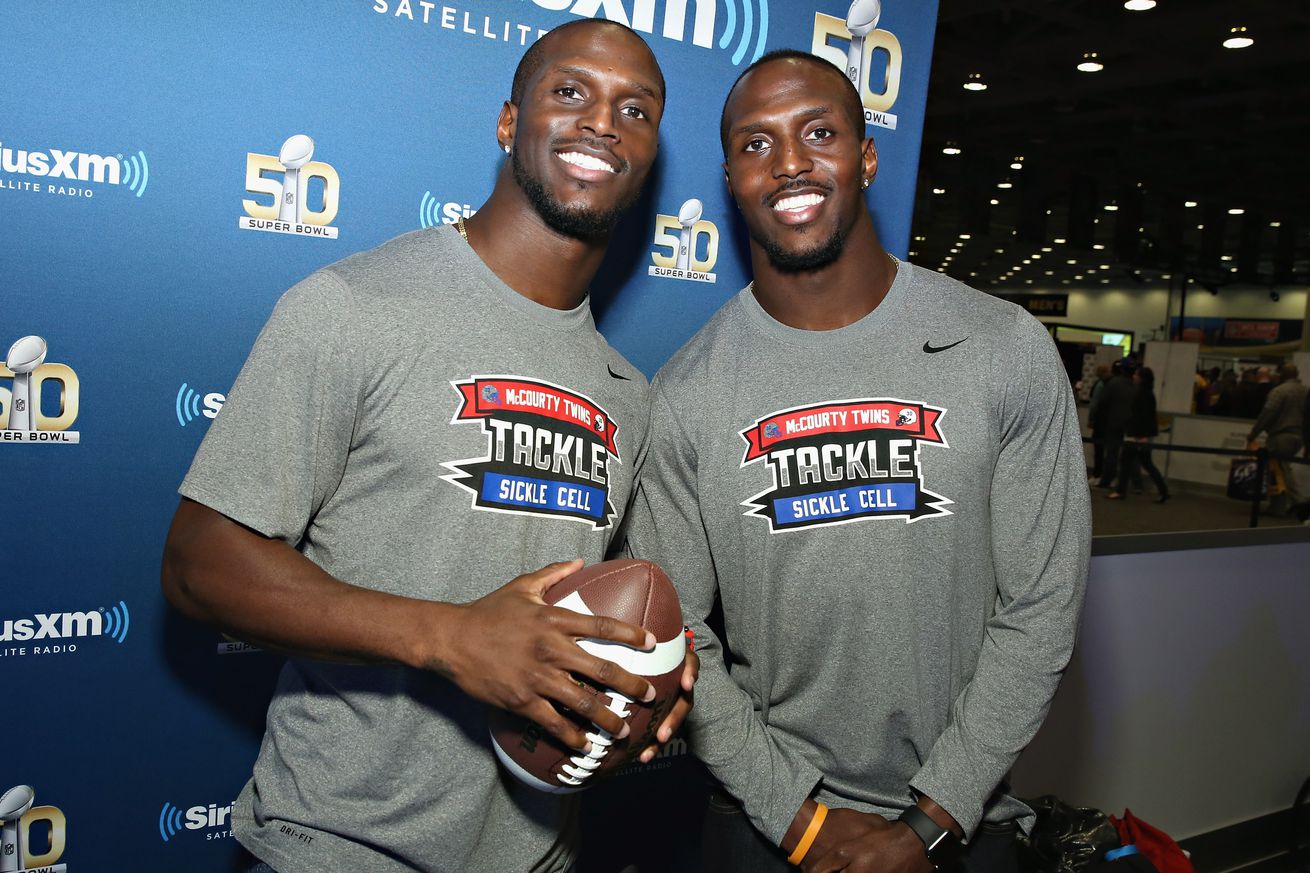 New England Patriots defensive backs Devin McCourty and Jason McCourty received an honorary doctorate degree from their alma mater, Rutgers University, earlier this month. The twin brothers, who also served as the school’s commencement speakers, did not only earn the degrees because of their success on the gridiron, though, but also because of the outstanding work they continue to do in the community.

One of the key initiatives they are involved in — in coordination with the Players Coalition, which focuses on social justice and race equality — is to help improve public schools in Massachusetts. On Tuesday, the McCourty brothers appeared on ESPN’s Outside the Lines to speak about their efforts and shed a light on how they try to improve the school system in the commonwealth, and what has already been achieved through their work.

“In the state of Massachusetts there is a huge achievement gap when it comes to schools between rich students and poor students. Something that [Devin], once I got here, pulled me into and opened my eyes up was just trying to close that gap,” said Jason about their efforts. The 31-year-old went on to talk about the Promise Act, which was supported by both McCourty twins as well as fellow Patriots Duron Harmon and Matthew Slater.

“We have just been trying to do our best to further get that message out, and hopefully that legislation is something that can pass so that we can close that gap,” continued Jason. In support of the bill, which is one of the major legislative initiatives currently worked on in order to upgrade the state’s funding of public schools, he and his teammates visited Massachusetts State House earlier this month to testify. And that’s just one part of their advocacy.

“Last week we got to go to Tracy Elementary School in Lynn, Massachusetts, and we just got to see some of the conditions in the school,” noted Devin. “The thing that stuck out was that there were a lot of caring people — principles, teachers — that all want to do great things. But it was a school that was short-staffed, spacing was bad, had some classrooms where they had to move a couple of kids into the hallway to better educate them.”

Devin added that insufficient funding is the core issue that needs to be addressed. “Having different social workers or therapy there for students who go through things at home, and then overall speaking to teachers at schools that don’t have full-time science teachers, don’t have full-time P.E. teachers — just hearing those things. Money-wise those resources would help these schools out,” he said.

“We got to learn and be around people who understand how to fix these things, but they need the resources to go fix them,” continued Devin, who is a member of the Players Coalition’s ‘task force,’ about the brothers’ trip to Lynn. “Just being able to be at the school, being at Tracy Elementary School for a day and seeing some of their needs and some of the things they go through, taught us all a lot.”

The McCourty brothers will continue to support the Promise Act or other initiatives aimed at improving not just the schools themselves but by extension the lives of those working and studying there. “We need to invest more,” Devin told the Boston Herald after his early-May appearance on Beacon Hill. “We want to see these kids succeed.”

Click here to find out more about the Players Coalition and its charitable work.