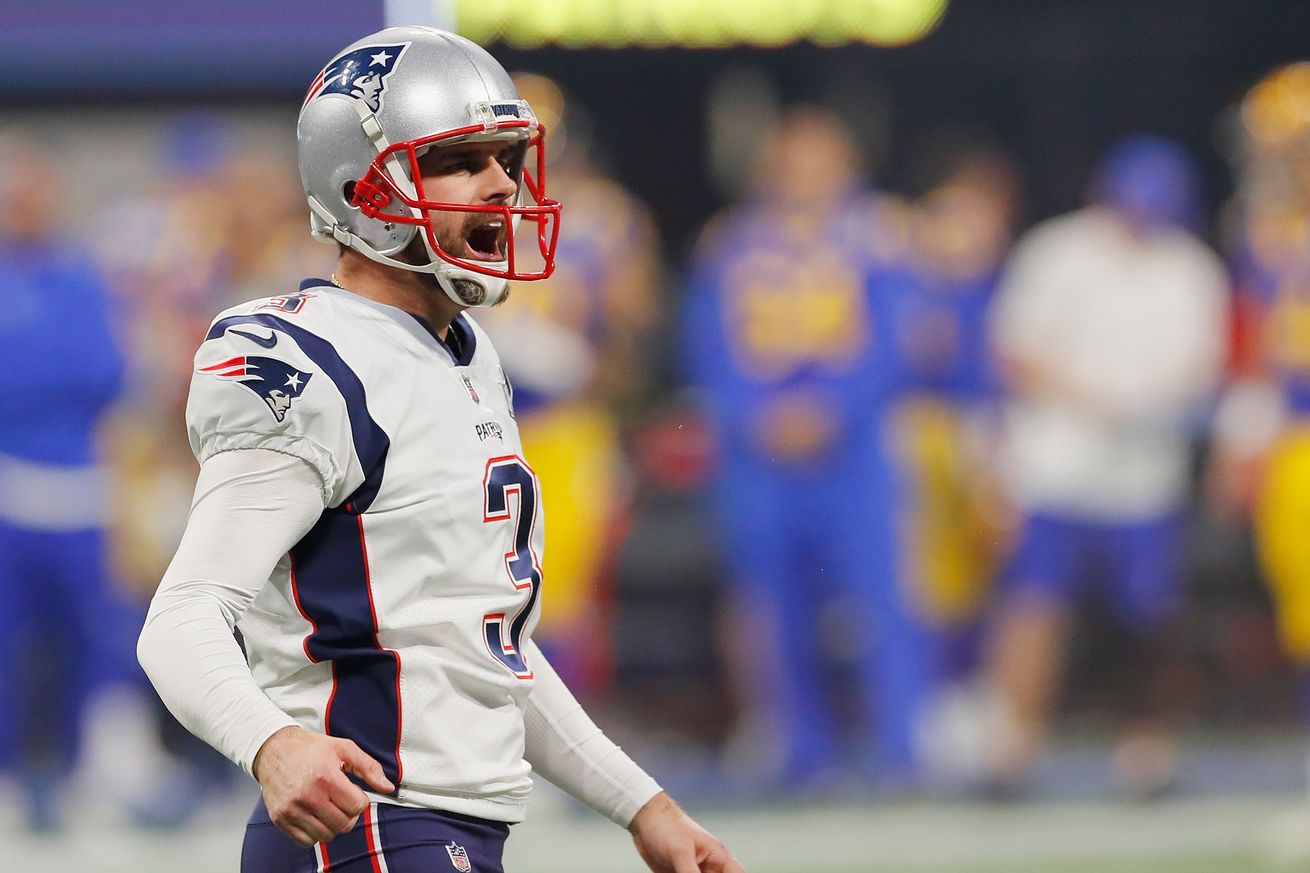 Gostkowski was re-signed this offseason, so his spot on the team is safe.

Today, the series continues with one of the most experienced players on the team: kicker Stephen Gostkowski.

2018 review: Playing in the final year of his contract, Stephen Gostkowski had another mostly solid but somewhat inconsistent season. But even though he had his fair share of misses and saw his regular season field goal conversion percentage go down compared to the previous year, he proved to still be among the more reliable kickers in football — especially when taking extra points and kickoffs into account as well.

Field goal kicking was the weakest part of his game in 2018. Of the 32 attempts he had during the regular season, Gostkowski made ‘only’ 27. His 84.4% conversion percentage ranked him as the 19th best placekicker in the league in 2018 and was a noticeable drop-off from 2017’s 92.5%. He did, however, bounce back a bit in the playoffs and went 5-for-6 on field goal tries during the postseason — his lone miss coming early in the Super Bowl.

The veteran’s performance on extra points, meanwhile, improved compared to 2017: Gostkowski ranked fifth in the NFL during the regular season, converting on 49 of his 50 attempts. His 98.0% success rate was his third straight year of improvement in this phase of the game: he converted on 93.9% of point-after tries in 2016, and 95.7% the following year. In the playoffs, Gostkowski was even better and went 10-for-10 — his first perfect postseason outing when it comes to extra points since the 2014 season.

As noted above, Gostkowski also was again outstanding as a kickoff specialist. Of his 93 regular season kickoffs, 50 ended in touchbacks while the remaining 43 were returned an average of 24.0 yards — a number more reflective of New England’s early-season kick coverage issues than Gostkowski’s ball placement or hang-time. In the playoffs, for comparison, the average opposing return attempt gained only 22.3 yards.

2019 preview: One month into free agency, the Patriots re-signed Gostkowski to a two-year contract worth a total of $8.5 million. The veteran, who has a salary cap hit of $3.05 million in 2019, can therefore be seen as a lock to make the world champion’s 53-man roster. And why would he not be? He is still a solid kicker despite an average field goal percentage last year, and did not see any competition brought on board by the club this offseason.

That being said, the Patriots did add a player who might help lift some pressure off Gostkowski’s shoulders. Punter Jake Bailey, who was drafted in the fifth-round this year, has considerable experience working on kickoffs as well. While the rookie is no lock to make the team — he needs to beat out incumbent Ryan Allen — his presence could help Gostkowski focus solely on kicking extra points and field goals as opposed to kicking off as well.

This, in turn, may help him bounce back a bit after what was a comparatively average performance on field goal attempts in 2018. But even if Bailey fails to ultimately make the club or secure the kickoff spot, re-signing Gostkowski to be the Patriots’ place kicker in 2019 was a good decision by the club: he should again be among the least of New England’s worries heading into the new season.