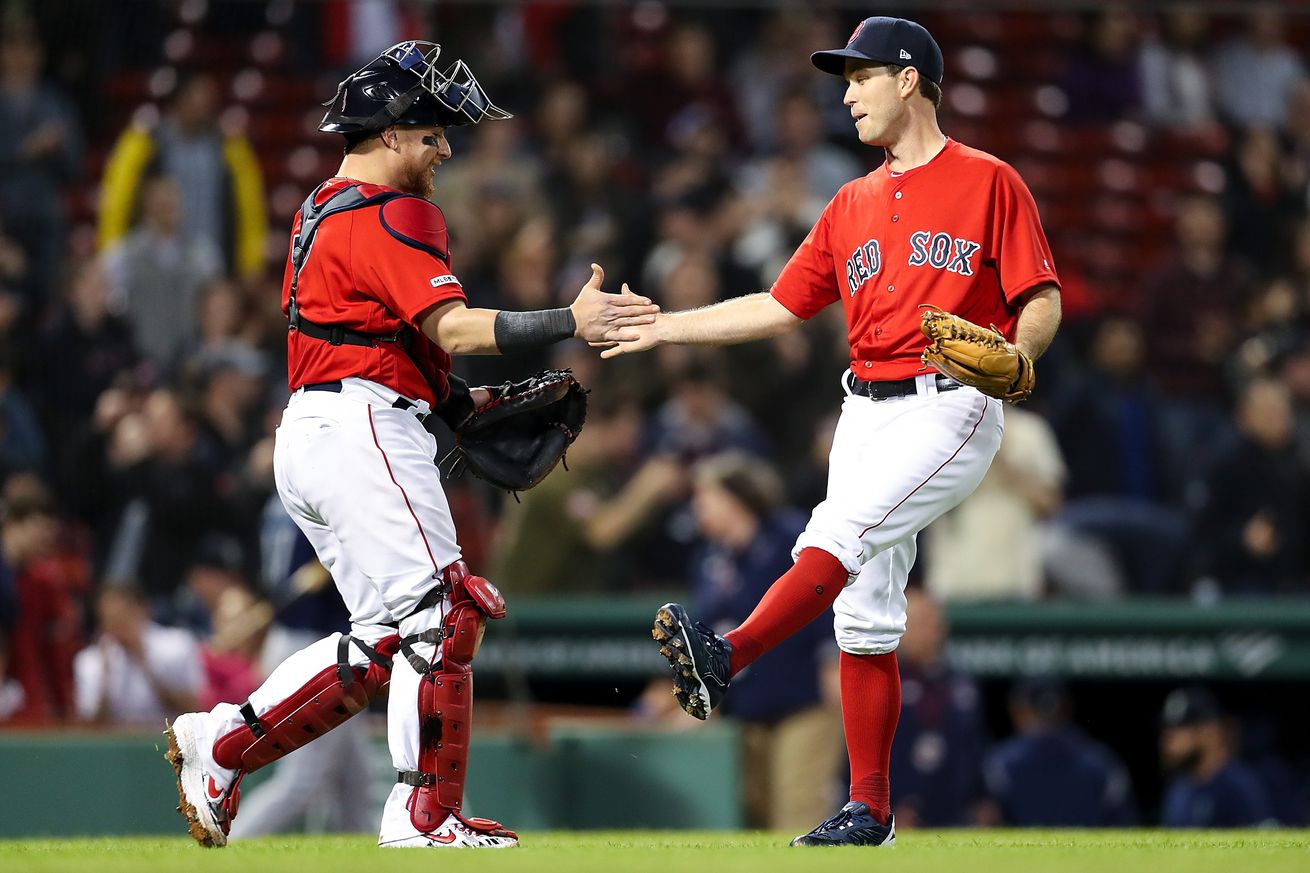 The Red Sox (29-26), fresh off a biting loss to Cleveland (27-27) in a game that would have been better off rained out, look to take the series win behind starter Ryan Weber tonight at 6:10 p.m.

Weber is a sinkerballer, and through 14 innings his ERA stands at a tidy 1.29 on the strength of his slider, with an ERA+ of 363. Small sample size? Sure, but it’s the entire lifetime of this year’s crop of winter babies, so it’s something. Any number of good innings he can give the Sox are good enough, because this figures to be a team effort by the pitching staff.

Not much to report in the actual lineup, except that Michael Chavis is stationed at first base now with Mitch Moreland on the IL and Cleveland starter Shane Bieber being a righty, therefore pushing Steve Pearce out of the lineup. Chavis is a righty too but he’s better than Pearce at this point, so he wins. Rafael Devers is batting third, as you already saw, above.

The Indians counter with a lineup of 10 players, one of whom pitches and does not hit. They play the nine positions common to a baseball game, plus designated hitter. Some of the players are young and some are old. Some are good and some aren’t so good. But one thing is true of all of them: They are cursed and should lose. Not sorry if this offends.

Over The Monster https://www.overthemonster.com/2019/5/29/18644551/red-sox-vs-indians-lineup-can-weber-grill-em
Categories: Sports