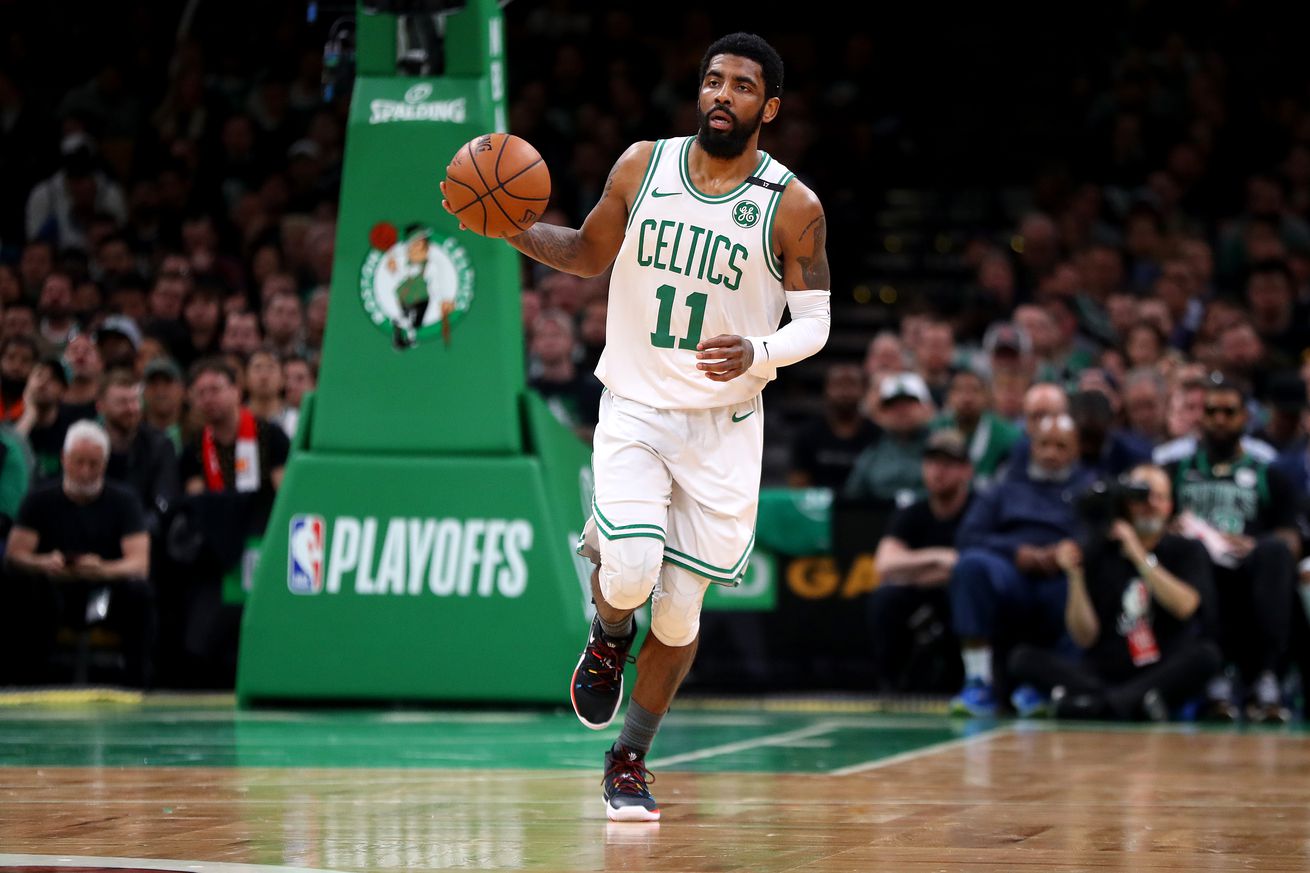 Take these rumors for what they are worth.

Nobody knows what Kyrie Irving is going to do in NBA free agency, but that isn’t going to stop rumors from surfacing. Here are a few to take with the appropriate grain of salt.

“It’s between Brooklyn and the Lakers… I was told in the last 24 hours Kobe has been recruiting Kyrie in particular, to get him to the Lakers. Everything I’ve heard I would still expect Kyrie is going to go to Brooklyn… He just bought a place in South Orange.” — @RicBucher pic.twitter.com/HICrTPushl

This isn’t the first time we’ve heard that Irving is warming to the idea of joining LeBron James in Los Angeles. There have also been other rumblings of Brooklyn having a shot at signing Irving.

“Alvin Gentry likes the Lakers players. He loves the idea of Lonzo Ball, Jrue Holiday, Zion , Kyle Kuzma and Brandon Ingram offensively and defensively… Brooklyn is going as hard after Anthony Davis as anybody… Their dream is to pair AD with Kyrie.” — @Chris_Broussard pic.twitter.com/mfsLbrhDTq

This makes a little less sense to me since I don’t think that the Nets can put together the best trade package for Anthony Davis. They can WANT Davis all day long, but it doesn’t make it more likely.

Another random rumor has the Celtics giving a draft promise to Matisse Thybulle.

I was told after the Combine that Thybulle’s promise if from the Celtics… Lecque is also likely a second round guy. https://t.co/mSEgSiaiOs

We’ve got less than a month to the draft and just about a month till free agency. Expect many more rumors between now and then.