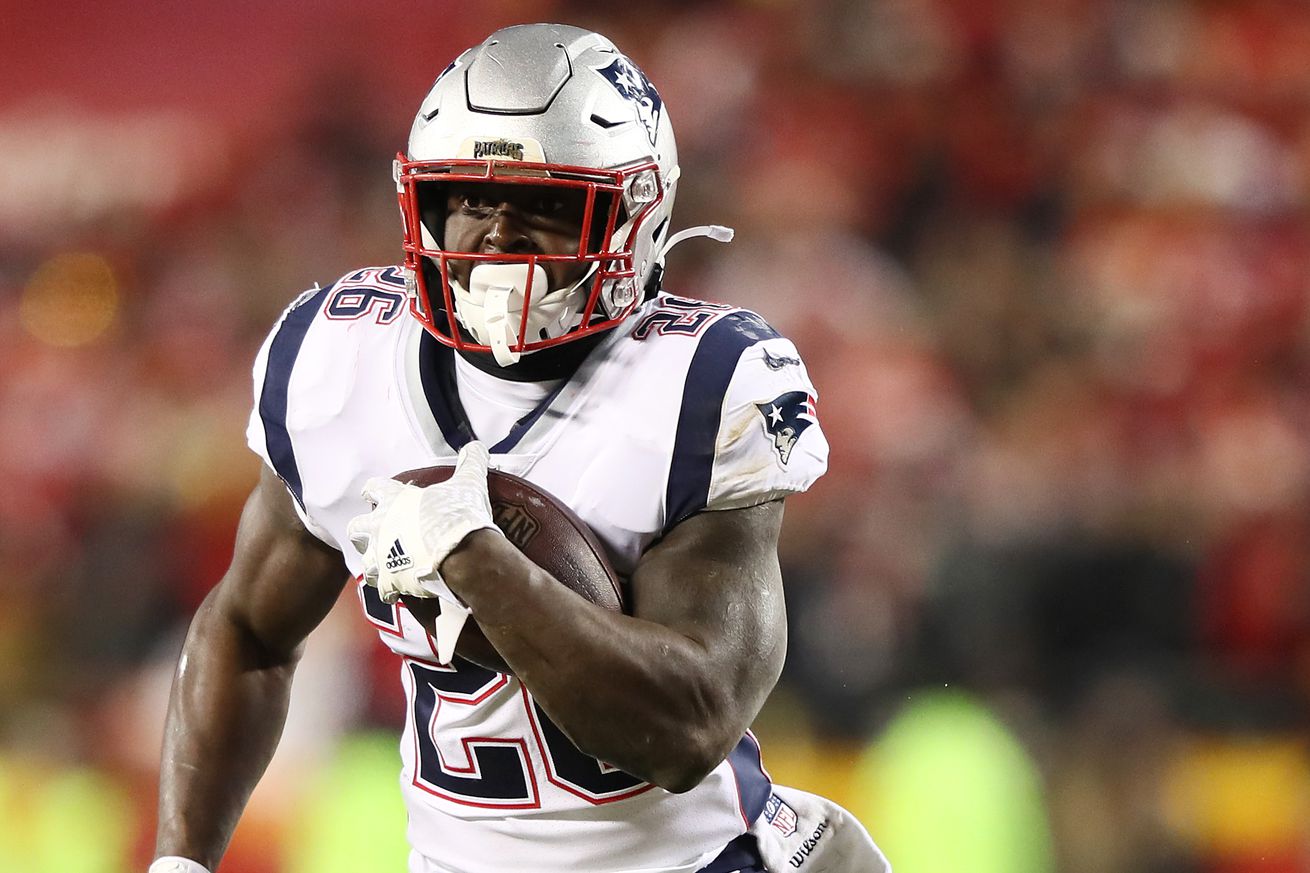 A look at six players who may take an enormous step this season.

The New England Patriots have one of the most experienced rosters in the NFL: a league-high fifteen players over the age of 30 are currently under contract with the world champs. However, the team is also built around its young talent — and it includes some potential breakout candidates heading into the 2019 season.

What defines a breakout player? That is everyone’s own definition, but for the purpose of this breakdown we will look at six players on their rookie contracts who are expected to play considerable snaps during the upcoming season and to prove themselves as key contributors to the team. So without further ado, let’s take a look at those qualifying.

Sony Michel already developed into a key cog in the Patriots’ offensive attack last year, finishing the regular season 931 rushing yards before delivering a tremendous playoff performance. That being said, the 31st overall selection in the 2018 draft still has room to grow and make the famed second-year jump: Michel, who already showed tremendous power and vision as a ball carrier, could get more involved in the passing game as well.

Furthermore, he could see more looks as a true bell-cow back in the mold of Corey Dillon. At the least, Michel should aim to be available in all of New England’s games after missing three last year due to a pair of separate knee injuries. If he can do all those things, he might very well continue his path to becoming one of the best ball carriers in the NFL.

As opposed to fellow first-round pick Sony Michel, Isaiah Wynn missed all of 2018 after tearing his Achilles tendon in the preseason. Despite the injury, the 22-year-old appears to be the front runner to earn the vacant starting role at left tackle — and Patriots offensive line coach Dante Scarnecchia sounds optimistic that he can not only return from his injury quickly but also adequately fill the spot previously held by Trent Brown.

“This guy’s a really good football player, we just have to get him out there. […] Prior to the injury, he showed us a lot,” the veteran coach said about Wynn before the start of organized team activities. If the Georgia product can continue on his path to recovery and simultaneously keep growing as an NFL-level blocker, the Patriots could have found their long-term replacement for Brown and 2018 departure Nate Solder.

Bringing plenty of experience to the table at this point in his career, Adam Butler will have a tremendous chance in 2019 to further develop into a key rotational interior presence for the Patriots. As things stand right now, the 25-year-old is one of the top three at the defensive tackle position in New England alongside Lawrence Guy and Mike Pennel — and as such he might be in for the most active season of his career, not just as a sub pass rusher but also a run defender. If 2018 is an indication, he appears to be headed that way.

Over his two years in the league, Deatrich Wise Jr. registered 53.5 quarterback disruptions while he already established himself as a core member of New England’s rotation at the defensive edge. He was always a bit overshadowed by fellow Arkansas product Trey Flowers, however, which in turn limited his time on the field and by extension his impact. With Flowers now gone, the stage might be set for Wise Jr. to take the next step in his development.

In order to do that, he will have to fend off both offseason acquisition Michael Bennett and third-round rookie Chase Winovich. If the 24-year-old can successfully do that, or at least show the coaching staff that he is ready for a bigger role, he might help fill the void created by Flowers’ free agency departure — and in turn lead New England’s pass rush after two already solid seasons.

Ja’Whaun Bentley started his 2018 rookie season in encouraging fashion: the fifth-round draft choice played 63.3% of New England’s defensive snaps over the first three weeks before going down with a biceps issue that forced the team to place him on injured reserve. Before the injury, however, Bentley proved to be a solid player against the run with a surprising feel for pass coverage as well — all while also serving as the on-field signal caller in week three against the Detroit Lions.

The Vanderbilt product, who is back on the field for the Patriots’ OTA practices, is facing increased competition in 2019: Jamie Collins was brought on board in free agency, while fellow 2018 draft pick Christian Sam also returned from injury. But it is Bentley, who might turn into the most impactful of the three this year and by extension into a core rotational player alongside Dont’a Hightower and Kyle Van Noy.

A lot has been said about J.C. Jackson’s rookie year already: after going undrafted, he grew into a starting-caliber player by the second half of the 2018 regular season and ultimately delivered a statistically superior rookie season than Malcolm Butler did in 2014. This year, Jackson will get a chance to prove that he can follow a similar pattern than Butler once did: grow into an undisputed starter in the secondary and a playmaker in the passing game. And if the first OTA session open to the media is an indication, he already appears to be on his way to do all that.