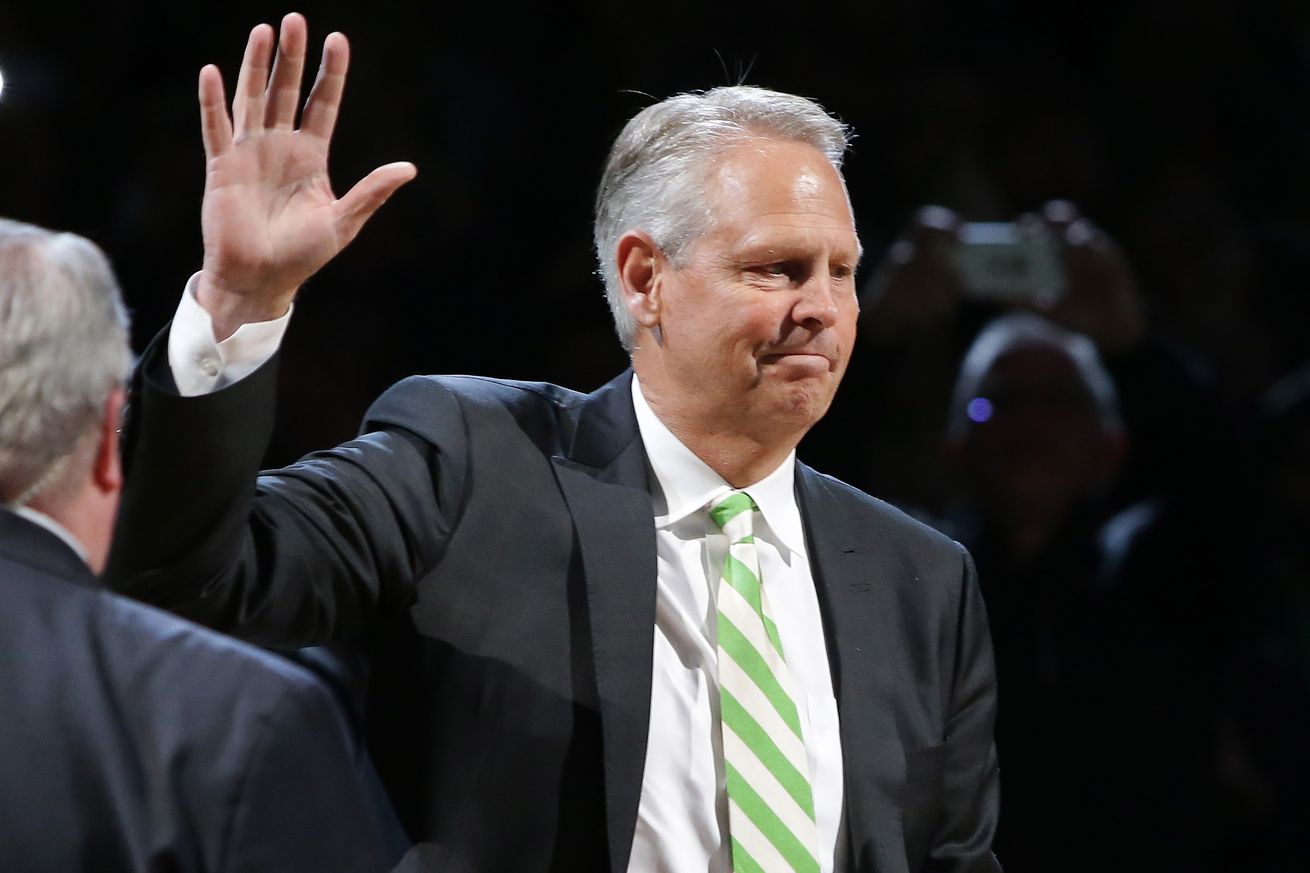 There should be no middle ground between Dreaming Big and Nuclear Summer.

Will Kyrie Irving stay, or will he go? Will the Celtics trade for Anthony Davis and how much will they give up? What other factors will change the NBA landscape in the next month or two? There’s so much uncertainty and that is kind of exciting but mostly unnerving and stressful for Celtics fans.

Keith Smith did a wonderful series laying out several paths that the Celtics could take this summer. They range from the “Dreaming Big” option (that includes keeping Irving and adding both Anthony Davis AND Kevin Durant) to the “Nuclear Summer” option (where the Celtics commit to a longer rebuild around Tatum and Brown).

There are a few options in between, including the one that most believe is the Celtics preferred game plan of adding Anthony Davis to Kyrie Irving and hoping that both will sign long term. There’s so much risk involved there though. Do you give up Tatum (and a lot more) to get Davis if you don’t already know Irving is back? Even if you get Irving to sign, can you be sure that Davis will stick around next summer?

The trade packages being thrown around for Davis typically include giving up at least 3 from the group of Jayson Tatum, Jaylen Brown, Marcus Smart, and the Kings’ pick. That’s a whole lot of the heart and soul of this team to gamble on two guys that don’t seem very excited about Boston as a long term home.

As a result, here’s where I’m at right now (and this may change daily for the next month): Go big or go home! Either you go all the way in and get 3 superstars, or you push away from the superstar sweepstakes table and focus on developing the potential future stars we already have on the roster.

A starting lineup of Smart, Brown, Tatum, Hayward, and Robert Williams might not be a Finals favorite, but it would be a good baseline for the future. It certainly shifts the championship timeline to the right. But perhaps we over-reached too early and got ahead of ourselves a bit. Things seemed to fall into place after the Kevin Garnett – Paul Pierce trade at a remarkable pace. Then when the “Hospital Celtics” challenged LeBron James in the Eastern Conference Finals, we thought we were on the doorstep of greatness. Turns out that wasn’t so. Band-aids and duct tape won’t help here. We need an upgrade or reconstruction.

This plan might mean bringing back Terry Rozier, if only to retain him as a trade chip. You could make an argument for dealing Hayward (to the Pacers perhaps?) for a future draft pick. As Keith pointed out, Al Horford would likely opt out of his deal and look to sign with a contender (or with the Lakers – see what I did there?).

I know that Tatum and Brown saw their value take a hit this past year. But that doesn’t mean they don’t still have that “ridiculous upside potential” we like to talk about so much. The reason why the Pelicans are so excited about adding those two (and Smart) to Zion is because they see the possibilities that core of guys presents. Perhaps given the keys to the car and an opportunity to play to their strengths could put them on the fast track to stardom. Tatum in particular could be an All Star next season with the right set of circumstances.

With three first round picks the Celtics would be in position to round out their ultra-young roster around Smart, Tatum, and Brown. Williams and Ojeleye would get bigger roles. You might even see some regular rotation minutes from Yabu. The Celtics front office could keep searching for hidden gems and value veterans. Brad Stevens could go back to coaching up scrappy overachievers instead of babysitting egos.

Don’t get me wrong, I know stars win championships. If you can put together a superteam to compete for a championship right now, that’s worth giving up potential future-stars and picks. But that’s a one-in-a-million full court shot that usually ends up an airball.

Going nuclear certainly punts on a championship in the near term, but it would at least pave the way toward one in the not-too-distant future. There’s a saying in sports that you need to be able to sell hope. You either have a contender or convince the fans that there’s a path to contending. The middle ground is too risky for my taste. Go big or hit the reset button.