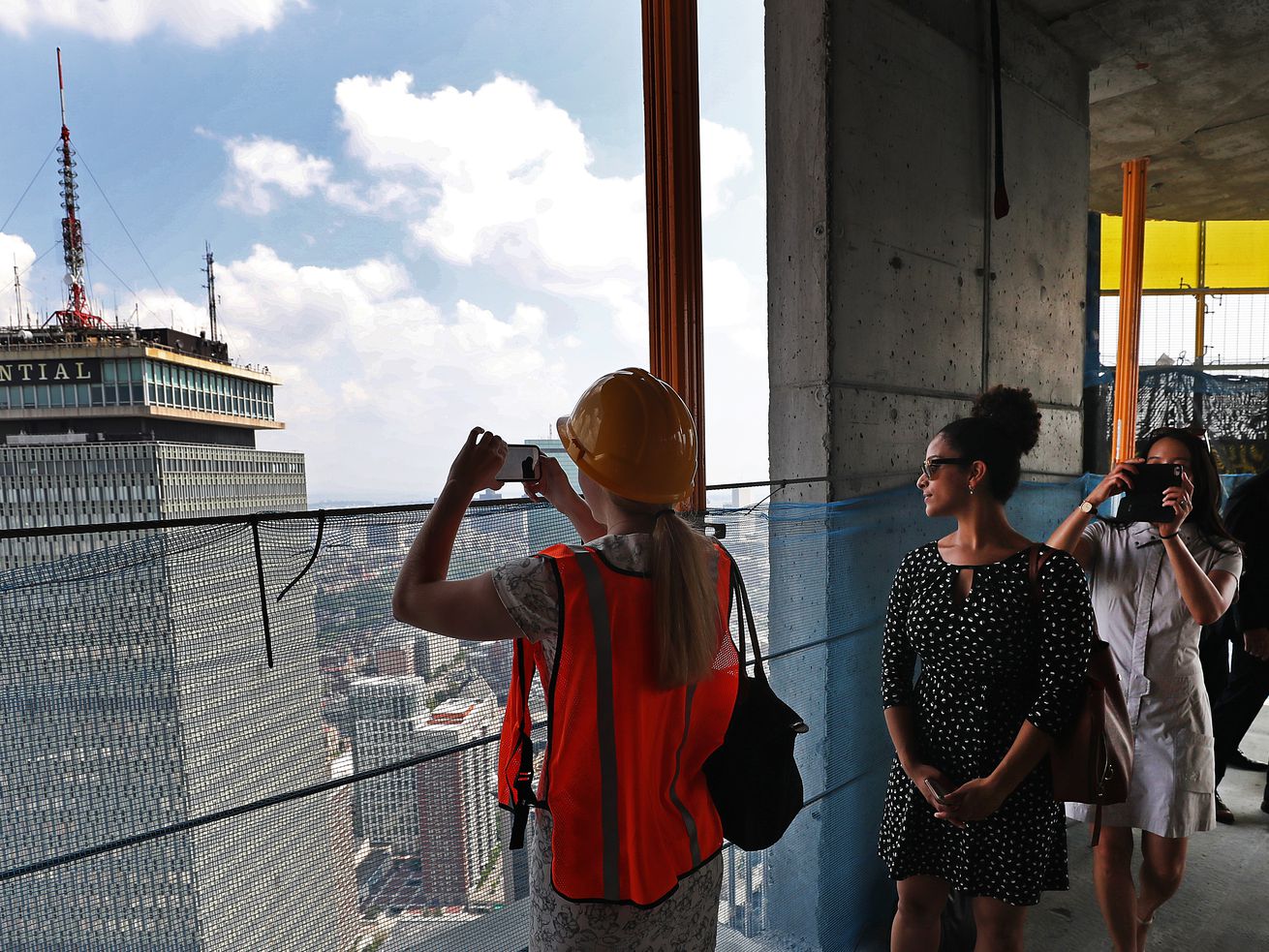 The 215-key hotel portion of One Dalton, the tallest new Boston tower since 1976, has opened as has a restaurant on the 61-floor Back Bay building’s second level.

Move-ins for the tower’s 160 condos have yet to start, however, though closings on lower-floor units have started and closings for units higher up will continue over the next few months, according to a spokeswoman for the development.

As for the Four Seasons-branded and -operated hotel rooms that opened in late May, those unsurprisingly do not come cheap. Rates for early June stays start at $660 a night and go way up from there. The restaurant—part of the international Japanese cuisine chain Zuma and featuring 70 varieties of sake—is separately owned.

Carpenter & Company developed One Dalton, and Henry Cobb of Pei Cobb Freed & Partners as well as Gary Johnson of CambridgeSeven Architects designed it. Suffolk Construction was the builder.

Incidentally, Cobb also designed 200 Clarendon, which is one of only two Boston buildings—two New England buildings, in fact—taller than One Dalton, which stretches to 742 feet at its highest point and which is the tallest new building in the city since 200 Clarendon opened in 1976 (it was known as the Hancock back then and for much of its existence).

It is exceedingly unlikely that another tower of more than 700 feet will come along anytime soon in Boston or the surrounding region. Blame a lack of suitable sites mostly, but also flight patterns in and out of Logan and concerns from some locals.

Meanwhile, One Dalton’s condo closings are sure to spark some gasps: The project is part of a handful in Boston producing sales sums never before seen in the U.S. north of New York City. Stay tuned.