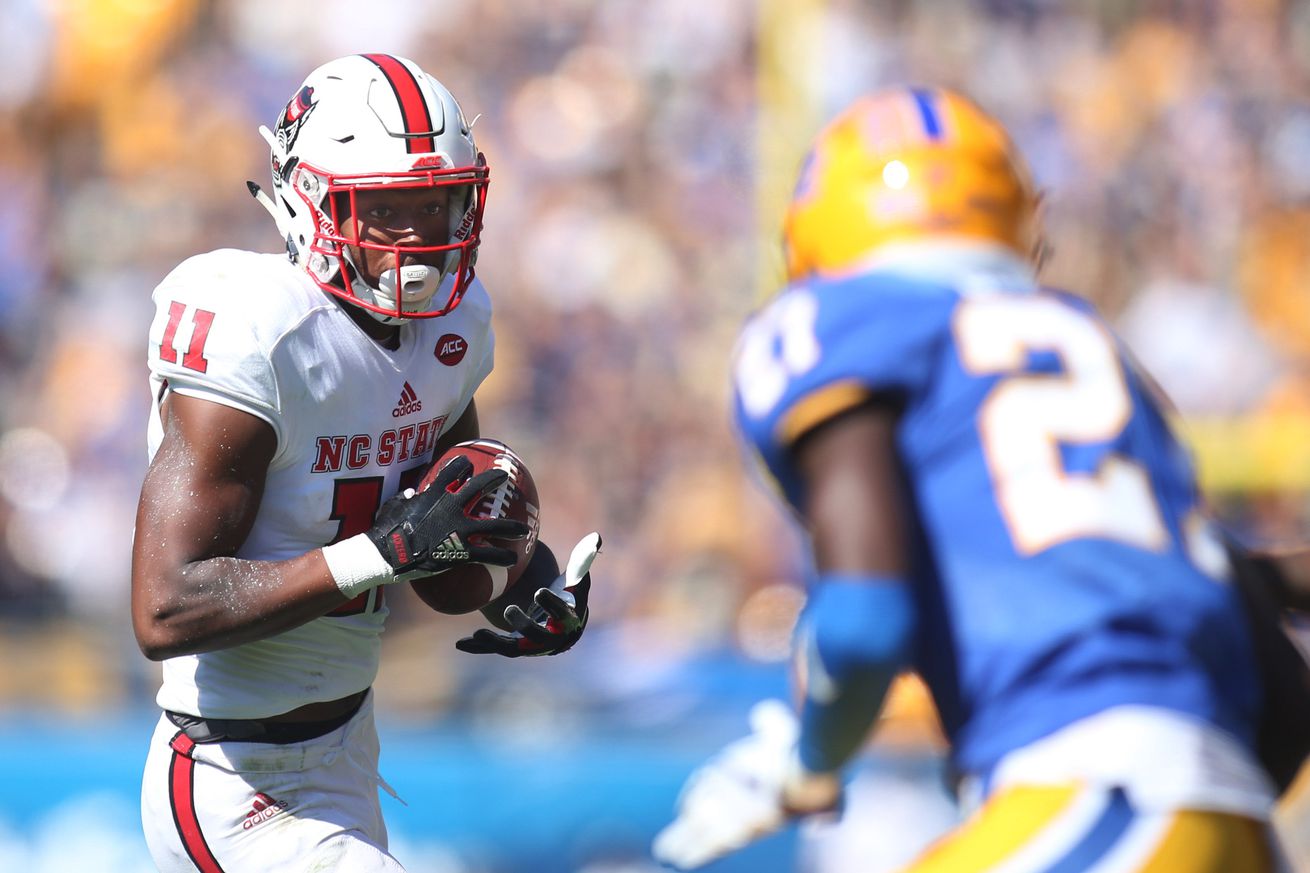 Ten undrafted rookies remain in the New England Patriots’ fold as May flips over to June.

Here’s 10 odds and ends on the group, with some pieces of trivia being a little more trivial than others.

1. Nick Brossette, running back – Brossette rushed for 141 touchdowns at University High School, a Louisiana state record over a four-year span, before enrolling at LSU in 2015. He didn’t rush for his first Tigers touchdown until last fall, but the senior back made up for lost time with a total of 14 to go with a 1,000-yard campaign.

3. Jakobi Meyers, wide receiver – A three-star recruit out of Arabia Mountain High School, where he threw for 23 touchdowns and rushed for an additional eight as a senior, Meyers spent 2015 as a redshirt and underwent knee surgery. But he did spend it on a North Carolina State QB depth chart led by a fifth-year senior named Jacoby Brissett.

4. Gunner Olszewski, wide receiver – A converted defensive back who was named Northern Sun Intercollegiate Conference Defensive Player of the Year in 2018, Olszewski also started 89 career games for Bemidji State baseball at catcher, outfielder and designated hitter as a freshman and sophomore.

5. Andrew Beck, tight end – A redshirt senior and team captain who appeared in 51 games while at Texas, Beck caught a career-high 28 passes for 281 yards and two touchdowns in 2018. The block-first tight end was targeted 42 times, according to Pro Football Focus, and accrued seven drops.

6. Tyree St. Louis, offensive tackle – St. Louis was a transfer from Tampa Bay Tech to IMG Academy in Bradenton, Fla. And as a senior there in 2014, the 6-foot-5, 315-pound Miami Hurricanes recruit found himself teammates with another current Patriots rookie. That’d be Hjalte Froholdt, selected in the fourth round out of Arkansas.

7. Tyler Gauthier, center – Gauthier, who was part of a Miami offensive line that also featured St. Louis, started his final 29 games for the Hurricanes. The streak dated back to his sophomore year of 2016, when Gauthier started the last four contests at left guard. It continued for 25 more contests at the pivot spot.

8. Terez Hall, linebacker – Hall was in on a pair of tackles that netted future first-round running back Sony Michel lost yardage during a 2017 meeting with Georgia. And during a 2018 meeting with Alabama, the Missouri captain halted future third-rounder Damien Harris twice, as well, yet the second was ruled targeting. Hall was ejected.

9. D’Angelo Ross, cornerback – At his March pro day, the 5-foot-8, 175-pound New Mexico Lobo by way of Fullerton Junior College posted the 40-yard dash in a reported 4.32 seconds and a vertical of 39 inches. Had those marks held true at the NFL Scouting Combine, Ross would’ve ranked third and tied for eighth, respectively, among participating defensive backs.

10. Malik Gant, safety – A walk-on who received a scholarship entering his redshirt-sophomore season at Marshall, Gant went on to amass 195 tackles over his final 25 games while garnering both second-team and first-team All-Conference USA recognition. Gant was named the Thundering Herd’s team MVP by the end of 2018.