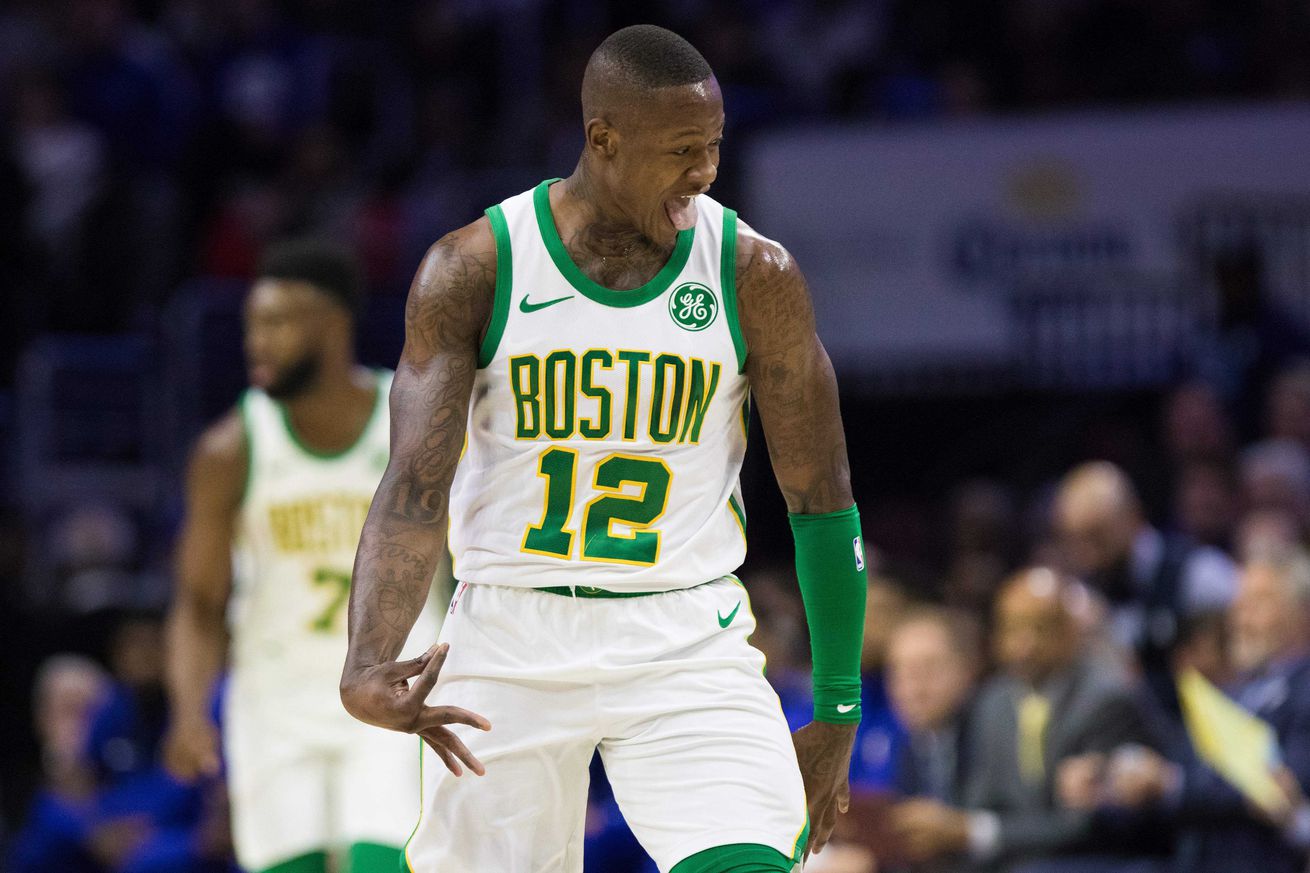 Terry Rozier believes he sacrificed a lot in 2018-19, but did he really?

When asked about Boston’s ability to match any and all offers he might get as a restricted free agent this summer following the Celtics’ Game 5 loss to the Milwaukee Bucks in the conference semifinals, Terry Rozier remarked, “no comment.”

An understandable response considering the raw emotions that must’ve been felt by everyone in the locker room. The Celtics underwhelmed throughout the regular season, failing to meet huge expectations before bowing out with a whimper in the second round.

Rozier needed to collect his thoughts, and, as it turned out, six days was the perfect amount of time. Boston was eliminated on May 8, and on May 14 the Great Sacrifice of 2019 tour began in Bristol, Connecticut where Rozier appeared on just about every show ESPN was airing that day.

He probably made the most waves on First Take. It was there he told Stephen A. Smith and friends what may need to happen should the Celtics decide to run it back with the same group.

“I might have to go,” Rozier said. “I put up with a lot this year, so I said what I said after the season. I think we all know I’m not trying to step in that again.”

Step into what exactly? A situation where you’re the back-up point guard on a team with serious championship aspirations, serving as the understudy—and occasional back court partner—to a six-time All-Star and former NBA champion?

Yes, Rozier was fantastic in last year’s postseason. He was a big reason why the team made it as far as it did, averaging 16.5 points, 5.3 rebounds and 5.7 assists in 36.6 minutes per game. But zoom out and you’ll see a player that has struggled with shooting efficiency and running the pick-and-roll since he first arrived in Boston.

And even though his numbers are historically better when he starts—14.4 points, 5.9 rebounds, 5.1 assists and 39.6% shooting from beyond the arc in 30 career starts—there was simply no way Brad Stevens was going to opt for him over Kyrie Irving to start the 2018-19 season. Fair or not, there isn’t a single coach league-wide that would have.

Accepting a diminished role in a contract year can’t be easy, but with teams already fully aware of what he’s capable of when given starter’s minutes, Rozier would have done well to grit his teeth and gut out the year playing the role the team needed him to play.

Are we sure his role was all that different anyways? The raw numbers seem to say that it was. He played nearly three minutes less per game, taking 1.5 fewer shots on average and scoring almost 2.5 less points per night compared to his 2017-18 numbers. Decreased opportunity, right?

Rozier was second among that group in touches while playing the least minutes. It’s safe to say he was getting his money’s worth whenever he took the floor, and his shooting numbers suggest he might have been pressing, particularly from beyond arc.

Rozier took just 0.7 fewer threes this past year than he did in 2017-18 and shot just shy of 3% worse from that area. He also received 2.7 catch-and-shoot opportunities from distance, compared to 2.9 the year before, and, again, shot nearly 3% worse.

Again, performing under the pressure of a contract year can’t be easy for most players, especially ones that feel they aren’t being given the chances they need to prove their worth. But despite playing around 300 fewer minutes this season, Rozier’s touches and shot attempts remained pretty close to the same as they were the year before. He just simply didn’t capitalize.

For that reason, claiming that he sacrificed the most out of anybody on the team simply isn’t true, and the numbers bear that out. Look at Jaylen Brown, a guy who lost his starting spot and got over himself after moping a bit. He played some of the best basketball on the team over the final month or two. He made the best of his situation and performed at a high level.

Thriving in a role, no matter how big or small, will typically get a player noticed. It can pique the interest of team executives who wonder what a guy might be capable of if given more responsibility. In this case, they already know. Why not make the best of the situation and then move on when the season is over?

Of course, it’s easy to say that from the outside looking in. We don’t know exactly what Rozier went through this season, and it’s only natural for a young player to want more.

He has a chance to be a really good player in this league for a long time. Whether that happens in Boston or elsewhere remains to be seen, but he sure burned a lot of bridges while on tour in Bristol. It will be interesting to see what the team does should Irving leave this summer.

All stats courtesy of basketball-reference.com unless otherwise noted.