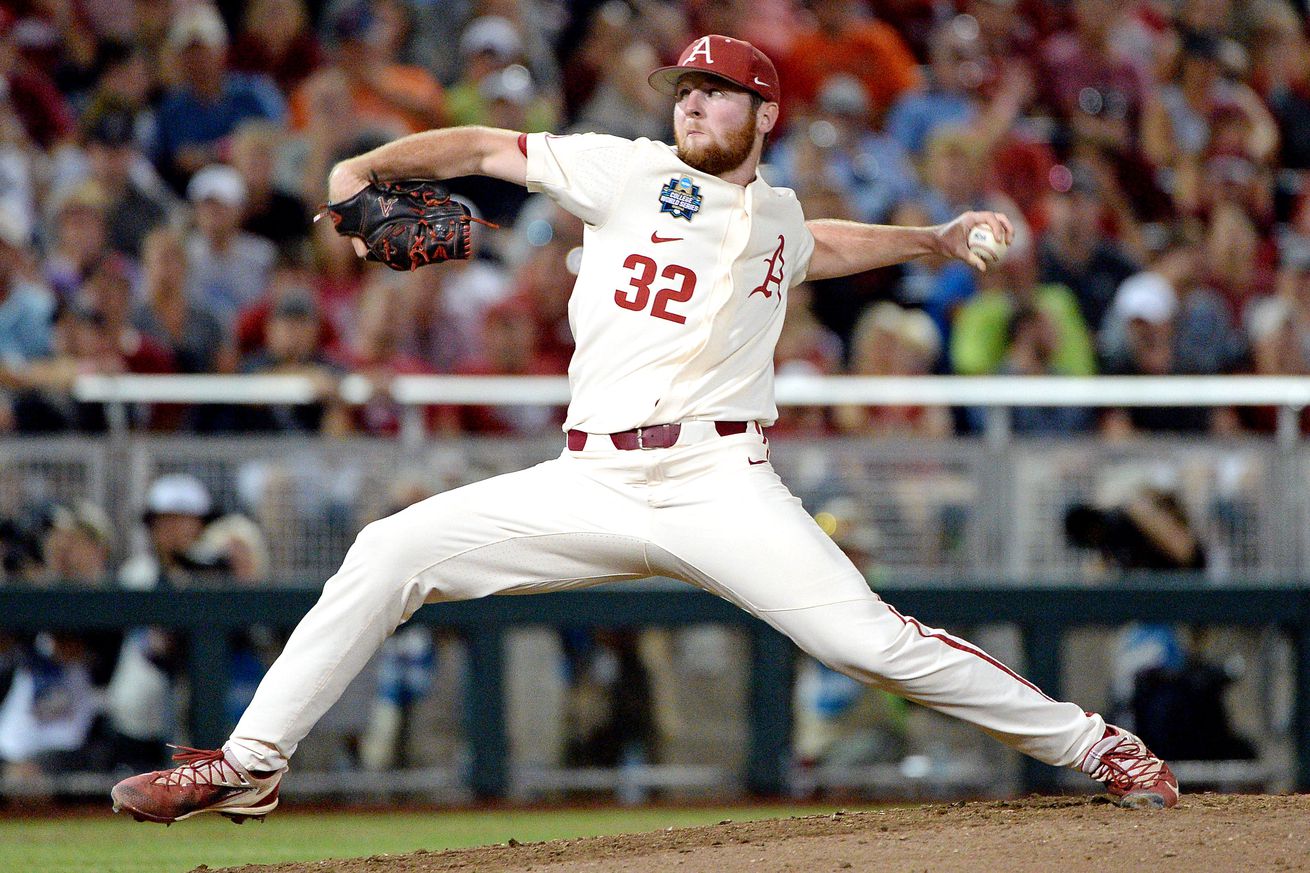 As we’ve been talking about for a few weeks now, the Red Sox don’t have a first round selection this year as their top pick dropped ten spots after exceeding the Luxury Tax Threshold by over $40 million. Boston won the World Series, so it was worth it, but it does make it a little tougher for them to project going forward with this year’s amateur draft, which starts on Monday. They do still have a pair of picks on the first day, with the first at number 43 and the second at number 69. Most mock drafts to this point have only covered the first round and compensation round immediately following it, which means we haven’t had a good hint at what Boston could be targeting.

That changed on Wednesday as Fangraphs dropped their third mock draft of this draft season, this one going through the end of the second round. That means they have two selections from Boston in their mock and they mention three potential targets for the first day of the draft. Fangraphs has Boston taking University of Arizona third baseman Cameron Cannon with the 43rd pick and University of Arkansas lefty Matt Cronin with pick 69. They also connect them to another University of Arizona third baseman, Nick Quintana. Here’s a quick look at those three.

Over The Monster https://www.overthemonster.com/2019/5/30/18645436/mlb-mock-draft-2019-red-sox-cameron-cannon-nick-quintana-matt-cronin
Categories: Sports