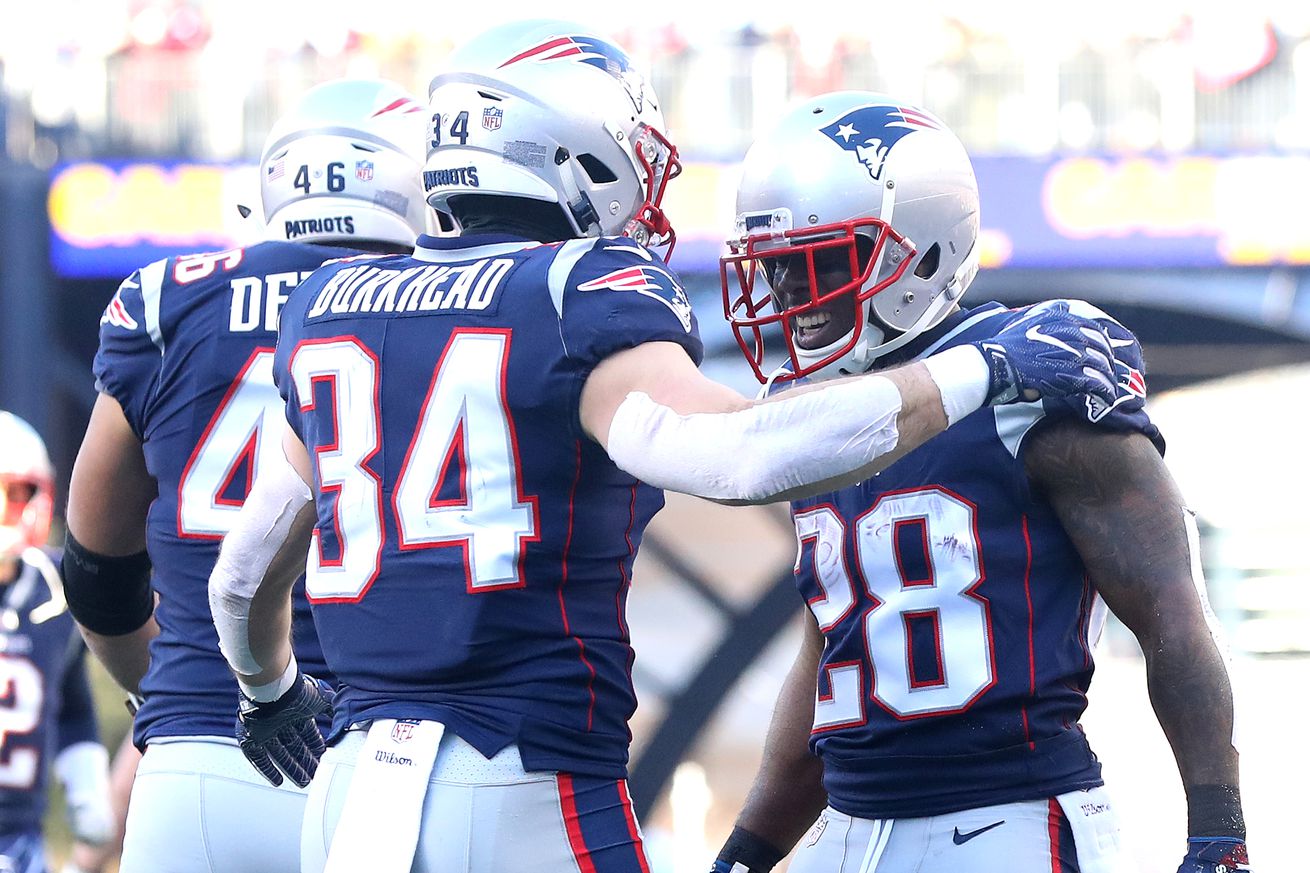 Jacob Hollister was traded to Seattle.

The New England Patriots lost some significant offensive talent this offseason. But while most positions were impacted by the departures one way or another, one among them remained strong — in fact, it might have gotten even better over the last few months: that . position is, of course, running back. Not only did the world champions retain its core players from last year, they also added significant depth.

The current group therefore consists of the following players:

Michel, White, Burkhead and Develin were all part of 2018’s rushing attack as well, with Harris a third-round pick added to the equation and Bolden brought back into the fold after a one-year stint with the Miami Dolphins (Brossette and Johnson are rookie free agent and NFL Pathway Program signees, respectively). Together, they give the Patriots one of the deepest running back groups in the entire NFL.

SB Nation’s Christian D’Andrea sees it the same way and recently ranked New England’s backfield as the second best in the league behind only the San Francisco 49ers’. “Tom Brady doesn’t have an impressive array of wideout and tight end targets to throw to in 2019,” he wrote in his rationale behind the ranking. “That’s OK, because he has one of the league’s deepest backfields to bail him out.”

There is plenty of truth to this statement. While the Patriots have been on the forefront of the NFL’s passing trend ever since Brady grew into his own as a starter, the team has recently found plenty of success when trying to be more balanced in its attack:

The current personnel and investments in players like Sony Michel and Damien Harris in the last two drafts are further proof that New England is willing to run the football in a time when passing is the preferred method of moving a football in the league. And with Brady still at the quarterback position, the Patriots’ passing game should also not be counted out despite some serious personnel turnover.

However, the running back corps has the depth and talent to complement the aerial attack well — and the 2018 postseason serves as the perfect example for that. New England did not shy away from trying to establish a running game early in each of its contests, and it helped them slow down some of the NFL’s most prolific offenses along the way: the Patriots controlled time of possession and the overall tempo in each of their three playoff games.

Don’t be surprised if they use a similar approach in 2019 as well; they certainly have the personnel to do just that.

“Michel developed into a lead back and playoff hero as a rookie after scoring six touchdowns in three postseason games,” Christian wrote about when breaking down the members of New England’s backfield. “White already owns the record for most receptions in a Super Bowl. Harris, a bit of a surprise pick in the third round, is a ready-made platoon back who averaged more than 6.4 yards per carry in college.”

“Rounding that group out is the dual-purpose versatility of Burkhead and the battering ram/space clearer/short route specialist Develin,” he continued before concluding that “[n]o team in the league can throw more different looks at you out of the backfield than the Patriots.”