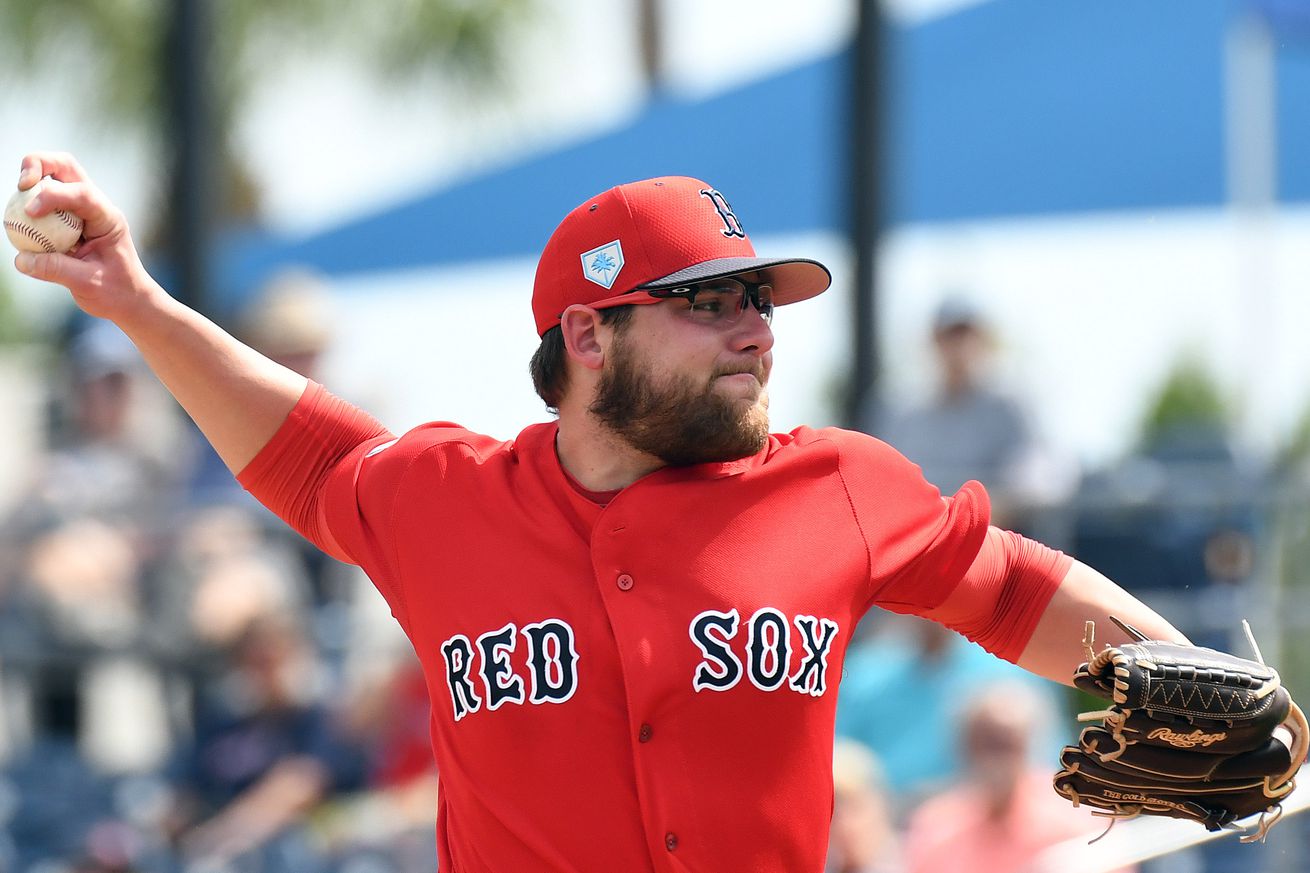 The top ten organizational prospect is coming to the bigs.

The Red Sox have used a lot of pitchers over the last few days due to the fact that, well, the pitchers have been bad. Ryan Weber lasted only four innings on Wednesday and that was after four pitchers were needed for the last three innings on Tuesday. In other words, the team needs some fresh arms for the series coming up in New York. More specifically, they need arms that can go multiple innings after Hector Velázquez threw a lot of pitches in two innings on Wednesday. So, they’ll be calling up one of their top ten prospects to give them the chance for some length if needed. Mike Shawaryn has been called up from Pawtucket with Velázquez being placed on the 10-day injured list with a lower back strain.

Mike Shawaryn called up. Hector Velazquez to the IL.

There’s been anticipation over Shawaryn’s impending call up for weeks now as the righty is one of the better prospects in the system and the Red Sox have some known issues on their pitching depth chart. Currently in his age-24 season, Shawaryn was selected out of the University of Maryland in the fifth round of the 2016 draft and has made his way relatively quickly through the minor leagues since then. He’s been in Pawtucket all year, pitching to a 3.72 ERA over ten starts and 55 2⁄3 innings with 46 strikeouts and 28 walks. He has been struggling a bit of late, though, pitching to a 6.59 ERA over his last three starts and 13 2⁄3 innings with 15 strikeouts and 16 walks. The control issues are a bit characteristic compared to the rest of his career.

Shawaryn is likely going to be pitching out of the bullpen for however long he’s up in Boston, though there is a slight chance they could decide to take Ryan Weber out of the rotation and replace him with Shawaryn at some point. That could make sense if for no other reason than the fact that the latter can provide more innings than the former. Right now, however, it doesn’t seem that is the plan. As it stands, whenever Shawaryn does appear in a game it will be his major-league debut. He does not need a corresponding move on the 40-man roster as a spot opened up when Dustin Pedroia was transferred to the 60-day injured list.

As for Velázquez, we don’t have a ton of information here, but there’s no reason to believe this is a long-term injury. I wouldn’t be surprised if he’s back pretty shortly after he’s eligible to return, though that is just speculation.

Over The Monster https://www.overthemonster.com/2019/5/30/18646341/mike-shawaryn-call-up-hector-velazquez-injury-red-sox-yankees
Categories: Sports