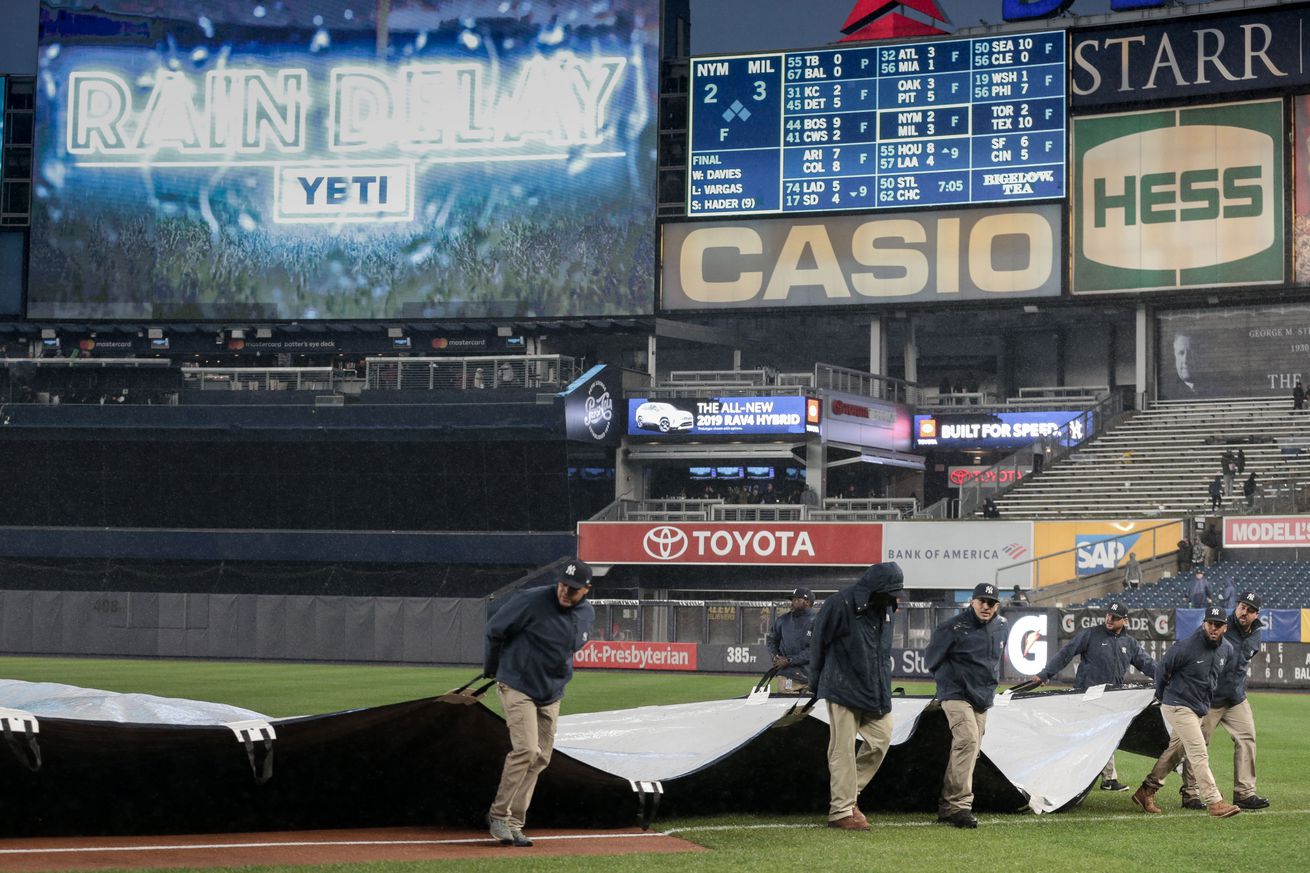 They’ll play a doubleheader in August.

The Red Sox and Yankees were supposed to play a four-game series this weekend down in the Bronx that was coming at a tough time for Boston with both teams heading in opposite directions. The Red Sox are coming off a very tough and frustrating series loss to the Indians while the Yankees have been rolling for a month, really, despite having a handful of their best players on the injured list. Now, both teams will have a day off to collect themselves as the first game of the series has been cancelled.

Tonight’s game has been cancelled. It will be made up on August 3rd at 7pm. We will follow-up with more information shortly.

As you can see, the game will be made up as part of a doubleheader in August.

This likely works out a little better for the Yankees than the Red Sox in a couple respects. For one thing, they will almost certainly be healthier come August, so having more games later in the year is to their advantage. Additionally, they were looking at deploying the bullpen for an entire game in this series, but with the rain out that will no longer be the case.

That being said, with all of the pitching the Red Sox have used over the last few days and just the general poor play of late, having a day to recollect themselves isn’t the worst thing for Boston. As for their pitching, Alex Cora isn’t sure what he’s going to do beyond Friday, when Chris Sale will take the mound. See you all then.

Over The Monster https://www.overthemonster.com/2019/5/30/18646392/red-sox-yankees-rain-out-cancellation-chris-sale-ja-happ
Categories: Sports